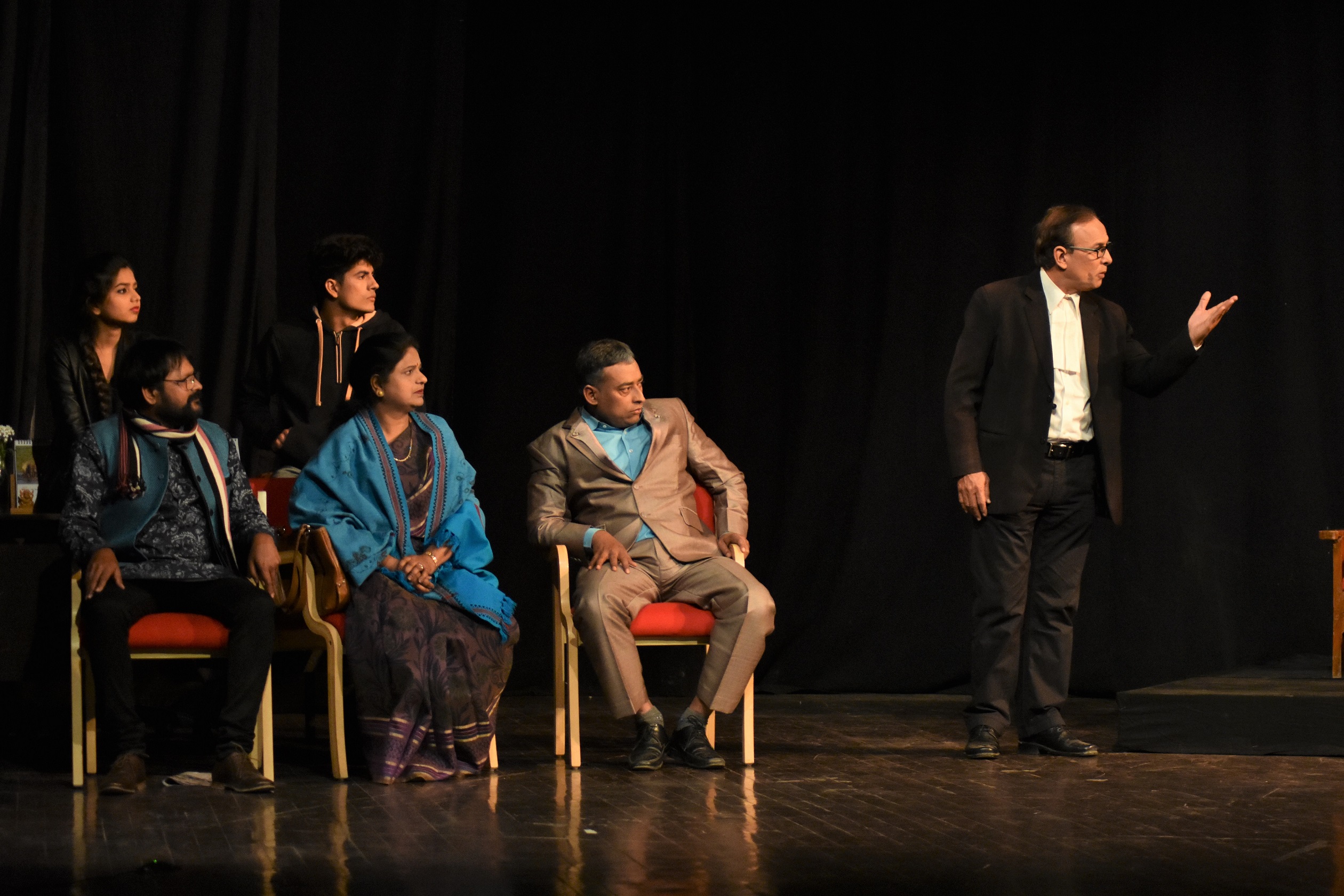 Under the Fortnight Theatre Scheme of Jawahar Kala Kendra (JKK), play ‘Aropi Hazir Ho’ was staged at Rangayan in JKK. The play was written and directed by Mr. Narendra Arora. The play analysed the reasons and causes of road accidents and sent a strong message on road safety to help change the mindset of people.

The play primarily focused on road accidents and their causes. The plot followed the story of some passengers who left for a getaway and were travelling by bus. They decided to stay for a night in one of the hotels en route. When they checked out of the hotel the next morning they realised that the bus was broken and would take 3-4 hours to repair. All travellers spend time playing games in the hotel lobby. But three older gentlemen were playing a different sort of game. They were a retired government lawyer, Overland Park Domestic Violence Lawyer and judge. To pass their time they fought mock court cases. Others also wished to play the game but no one wanted to be the accused. Searching for an issue to fight a case on, they decide on the topic of ‘Road Accidents’.

The first accused was made a religious man called Manvendra. He is accused of spreading false and misleading thoughts regarding life and death. Such thoughts were causing men to walk carelessly on roads. Amidst all prosecution, debate and discussion, Manvendra admitted his crime. After this, the discussion proceeded to the youth and truck drivers who are most affected by road accidents. Following this one after the other allegations were placed directly and indirectly. The play reaches an important stage in which the souls of the important people who died of road accidents are shown. These souls expressed the pain caused to them by road accidents. The play concluded underlining the responsibilities of every person and family. A couple who lost their young son to a road accident is also shown. Then it is discovered that the three gentlemen who were fighting the mock cases never existed. At the end of the play, the audience is left behind with questions like – who were these three men? Are they representation of three thoughts that every person has? One who emerges as a lawyer first to debate the rights and wrongs and a judge who takes the end decision. Or perhaps they were souls or angels who make everyone realise their responsibilities.