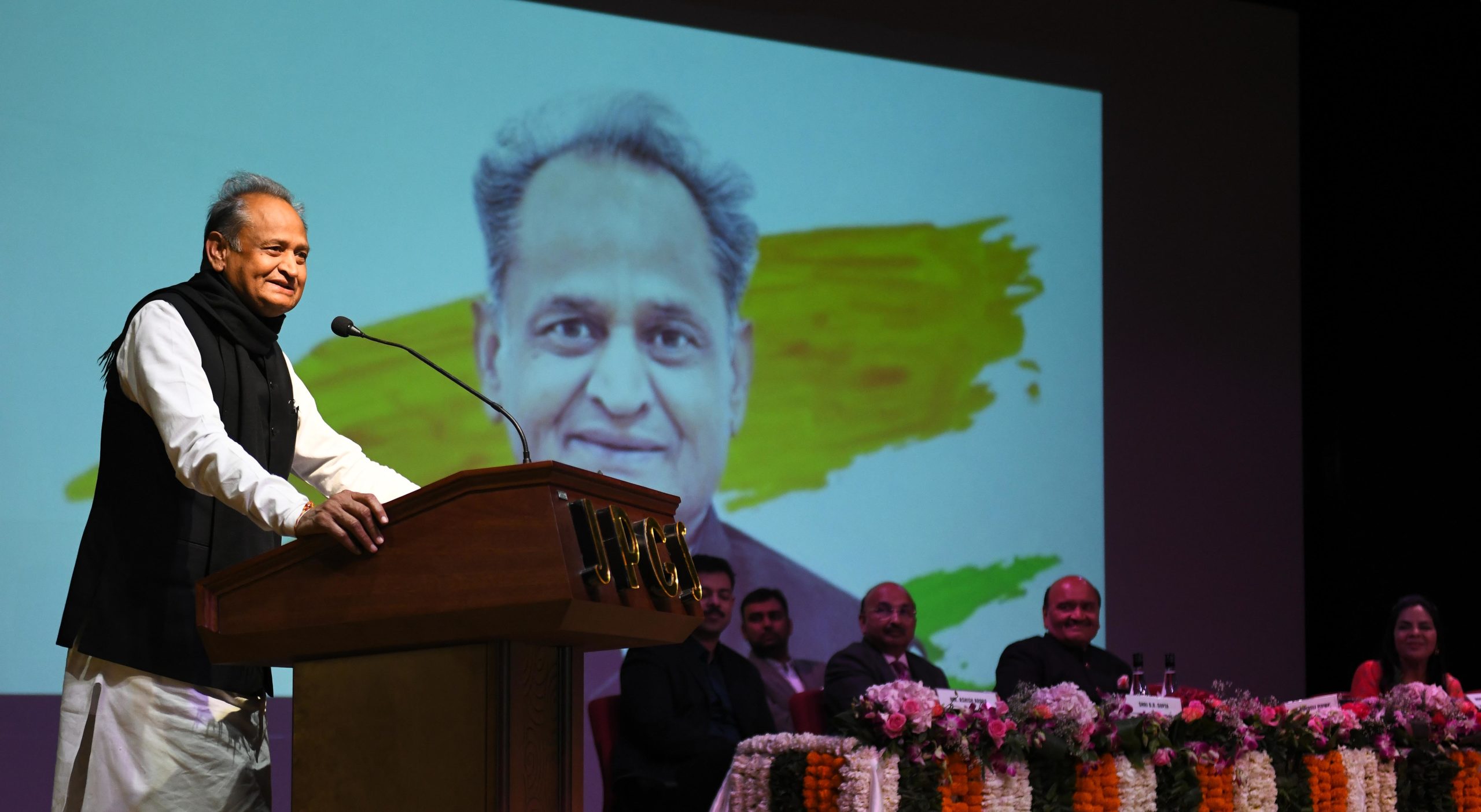 The initiative of openingEnglish medium Government schools in the State has been a tremendous success. Through learning English, children in Government schools will gain confidence and be at par with children of private English medium schools. They will not suffer from inferiority complex which weakens the country. This was stated by Rajasthan Chief Minister, Shri Ashok Gehlot at the inauguration of the Jagatpura-based ‘Jayshree Periwal Global School’.

He further stated that there is no dearth of talent among Hindi-speaking populus. However, in time, the importance of English has increased greatly in all sectors of life. Hindi-speaking children are not getting as many opportunities as those who are fluent in English. So, we need to progress on this front as well, he said.

Talking about advancements made post-Independence, the Chief Minister  said that progress in areas like health, science, technology and  education has been significant. Our country is not lagging behind in comparison to any other nation in the world, he added.

Minister of Primary and Secondary Education, Government of Rajasthan, Shri Govind Singh Dotasra said that the Government intends to provide quality education to every child whether they are studying in private or government schools. The Government intends to support private schools in tandem with government schools to ensure access to quality education for all children. In the first Budget, Rajasthan Chief Minister declared Rs. 1581 crores for improving the quality of education in the State as well as opening 1260 schools across the State. Not only this, English medium schools have opened in 33 districts of Rajasthan to provide equal opportunities to children from all walks of life., 11,850 children are studying in English medium schools across the State. Rajasthan is now number 2 in terms of quality education from the earlier rank of 13.

On the occasion, the Chief Secretary, Mr. DB Gupta said that the literacy rate in the Rajasthan according to the 1951 census was a mere 8.95%. However owing to consistent efforts for promoting education, as per the census of 2011, the literacy rate in the State has increased to 66.11%. Out of which the male literacy rate stands at 79.19% which is equivalent to the national average. However, the female literacy is rate is only 52.12% which is below the national average. There needs to be considerable work done towards educating the girl child, added Mr. Gupta.

Spread across 15 acres, Jayshree Periwal Global School is the 8th venture of the Jayshree Periwal Group of Schools. The school offers education to children from play group to class twelve. Both CBSE and Cambridge curriculum options are available for the students. In the CBSE option, subject streams of Science, Commerce and Humanities are on offer for class eleven students. Apart from academics, the school also has various sports and extra-curricular options for the holistic development of children. These include Athletics, Badminton, Cricket, Tennis, Football, Skating, Horse Riding, Squash, Volleyball, among others. Furthermore, art studio, robotics lab, science lab, library and music room are also available.