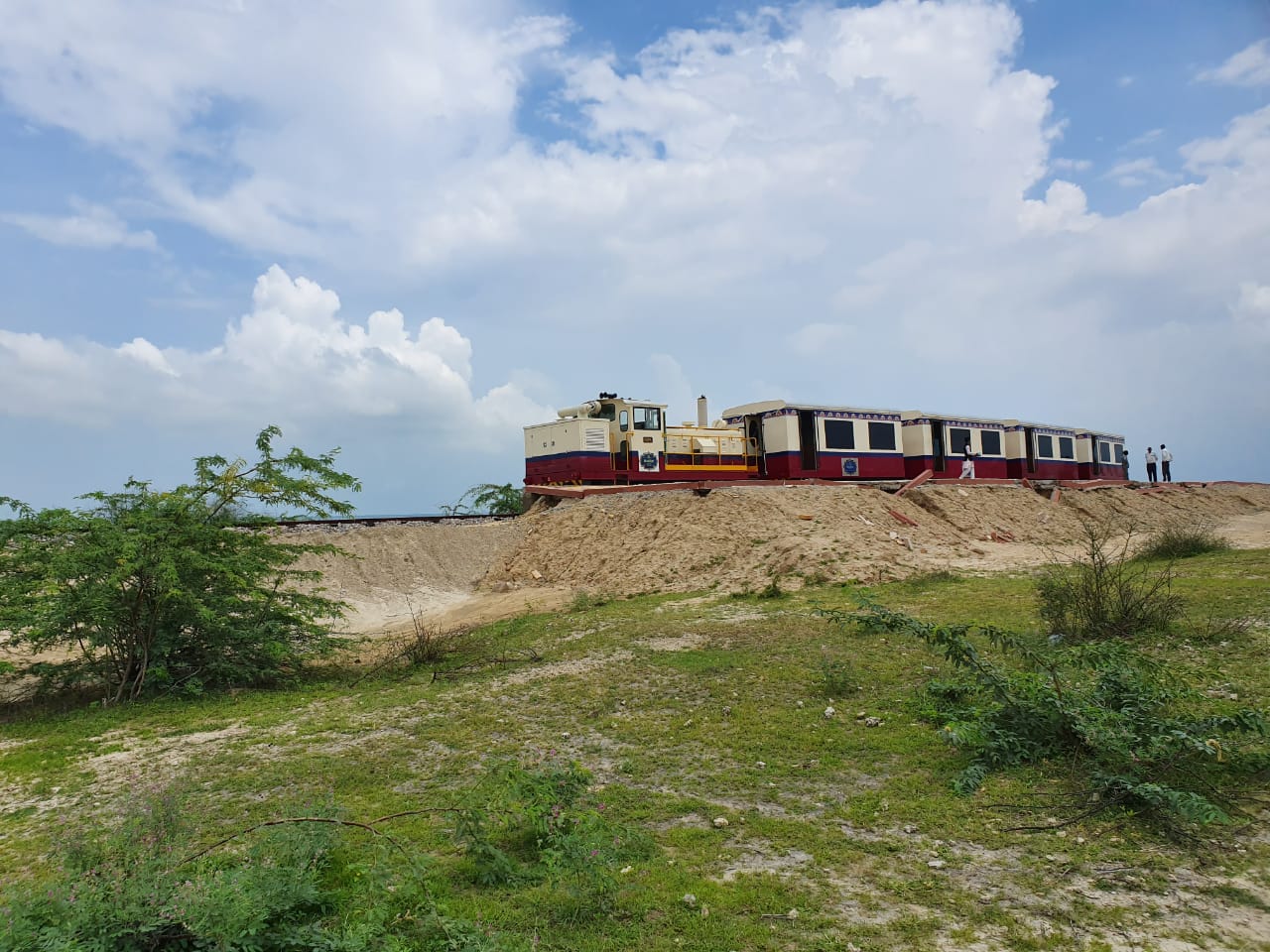 As a part of the PHDCCI Film Tourism Festival, based on the theme ‘Transforming Location into Vacation’, a Familiarisation (FAM) Tour to the Sambhar Salt Lake , a  film shooting locale near Jaipur,  was organized for the delegates attending the festival. They were received at the Circuit House built by the Britishers in 1880 and shown around its campus. The participants then enjoyed a 30 minute Heritage Train Ride, especially designed to take tourists across the lake. Enroute the train ride, the participants also sighted flamingos that have arrived in plenty this year due to good rains.  The delegation was accompanied by the official from the Archaeological Survey of India (ASI) and Department of Tourism, Government of Rajasthan.

It is to be recalled that the Film Festival was organised to promote Film Tourism and showcase the tourism potential of various destinations in Rajasthan to film directors, producers, and script-writers and facilitate them in making Rajasthan a ‘Film Tourism Hub’. It was organised by The PHD Chamber of Commerce and Industry in collaboration with the Department of Tourism, Government of Rajasthan.