STAGING OF PLAY ‘THE WHITE SAREE’ AT JKK

HomePress ReleaseSTAGING OF PLAY ‘THE WHITE SAREE’ AT JKK 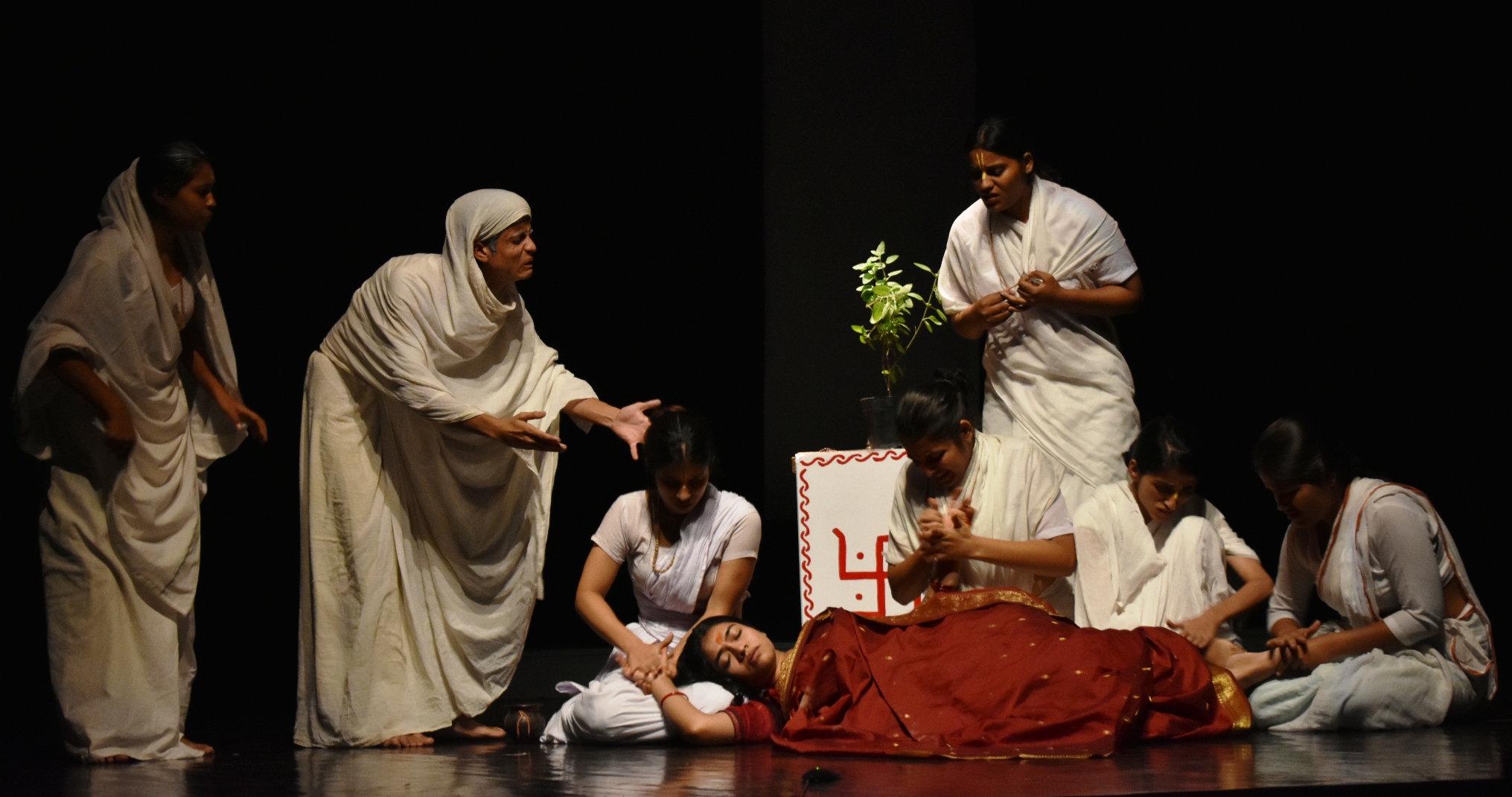 STAGING OF PLAY ‘THE WHITE SAREE’ AT JKK

As a part of the ongoing 5-day festival, ‘Natyotsav’ organized by Jawahar Kala Kendra (JKK), play ‘The White Saree’ was staged on the second day. Based on a widow ashrama situated in the land of Radha-Krishna’s union Vrindavan, the play was directed by Amit Tiwari from Delhi. The untold stories of the women spending their lives in widow asharams as well as the importance of love and colours in their lives were depicted through the play. The 1 hour 45 minutes long play also beautifully blended Kathak dance. Condemning patriarchy and caste system, the play was hugely appreciated  by the audience. The play was also scripted and designed by Amit Tiwari. ‘Natyotsav’ is being organized in collaboration with North Zone Cultural Centre, Patiala.

The play revolves around the story of a widow named Radha who reaches the widow ashram in a pitiable condition.  The widows are shown as leading their lives through alms. Later Radha falls in love with a boy named Madhav who belongs to a lower caste. However, the castle system and other evils of the society  prove to be obstacles in their path.

On the third day of the festival, Tuesday, 27 August play ‘Baqi Itihaas’ directed by Brijesh Narain from Dehradun will be presented. This famous drama written by Badal Sarkar is based on the Hindi translation by Naimichand Jain. The play seriously underlines the physical exploitation of girls. It also reports that some people commit crimes due to a distorted mentality and as a result they are put behind bars. But what about the myriad wicked people who perpetrate hate crimes and have no regrets, they are not caught and never punished.