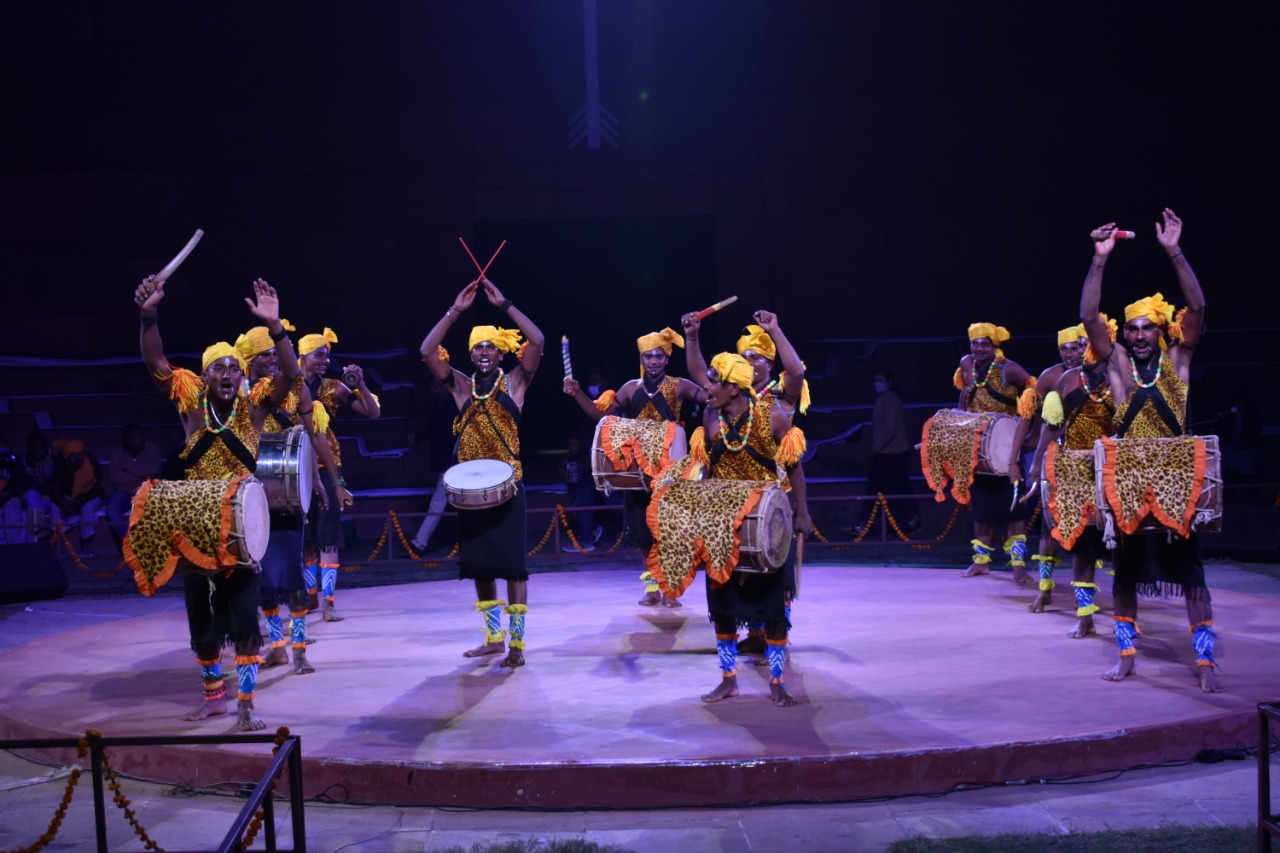 On the second day of the ongoing 11-day ‘Lokrang -2021’, the folk artistes enthralled the audience by giving mesmerizing performances of folk dances at Jawahar Kala Kendra (JKK). The spectators enjoyed various cultural performances at Madhyavarti in JKK. The programme has been organized under the auspices, ‘Azadi Ka Amrit Mahotsav’, by  Jawahar Kala Kendra (JKK), Department of Art and Culture, the Government of Rajasthan, and Rural Non-Farm Development (RUDA)

The artistes from Gujarat presented a beautiful performance of ‘Tali Raas’, while the performers from Maharashtra gave a rendition of  Lavani (Gondhal). Exemplary performances of ‘Kunbi dance’ of Goa, along with Karnataka’s special dance performance  ‘Dholu Kunitha’ were also held. The artistes also delivered graceful performances of  ‘Chhau’ from West Bengal, ‘Naurta Badhai Dance’ of Madhya Pradesh, ‘Dhobia’ of Uttar Pradesh, ‘Jhoomar’ of Bihar, ‘Ghoomar’ dance of Rajasthan and Sufi Kathak dance. Along with this, the audience was captivated by a spectacular performance of ‘Chang Dance’ of Rajasthan.

Moreover, in Shilpgram, there were performances like Shehnai-Nagada, Kachchi Ghodi, Teen Dhol Kana, puppet show, Nat, Algoza, Behrupiya, Rajasthani dance- Balam Choto Sa, magic show, Langa, Bhapang, among others.  Furthermore, the National Handicrafts Fair is also going on at Shilpgram in JKK. At this fair, artistic handicraft products made by award-winning craftsmen from across the country are being displayed and sold. This exhibition will be open for the visitors from 12 noon to 9.30 pm daily till 26 December.