PEOPLE SHOWED TREMENDOUS ENTHUSIASM TOWARDS THE FOLK DANCES AT ‘LOKRANG’ 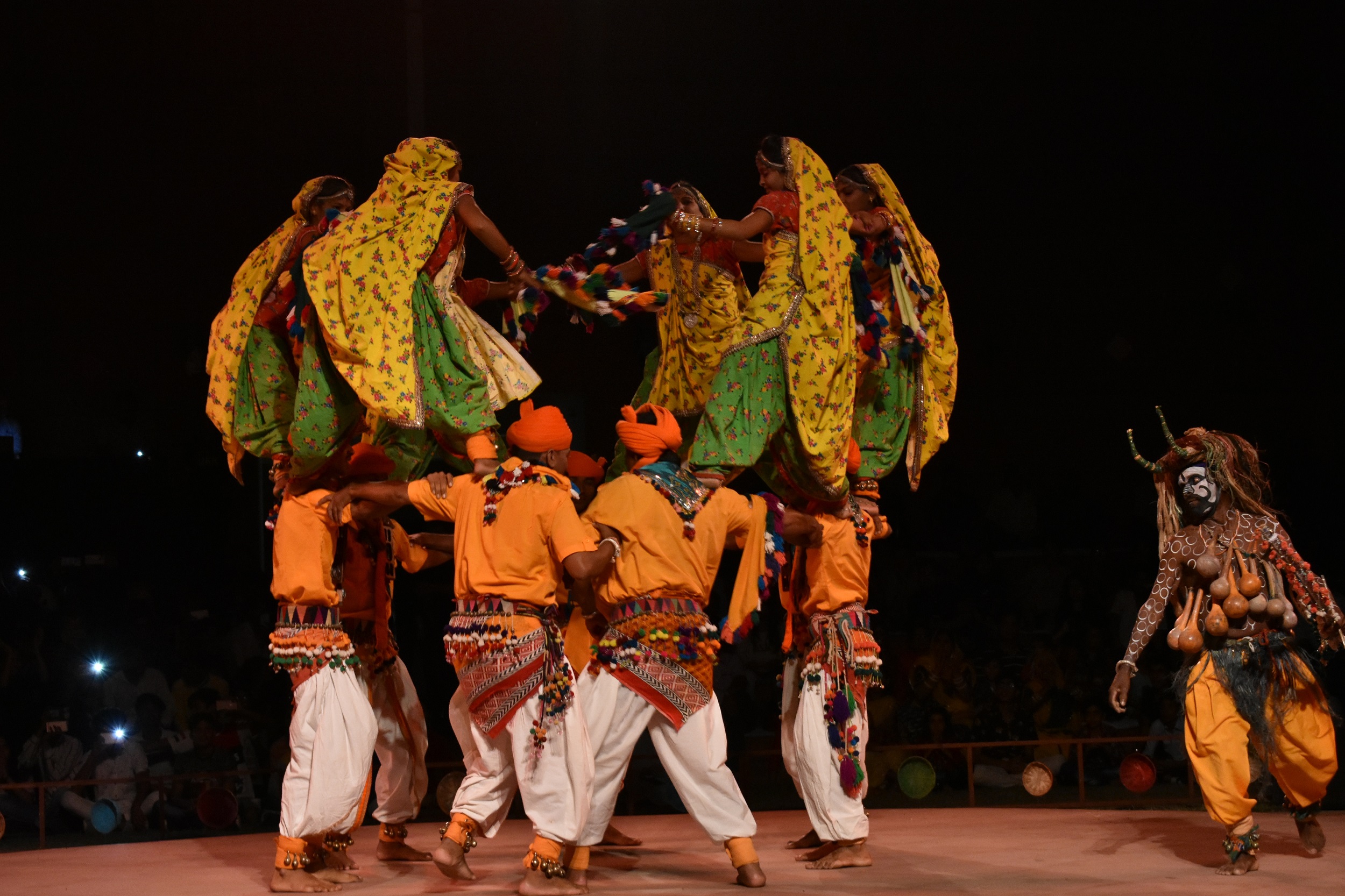 PEOPLE SHOWED TREMENDOUS ENTHUSIASM TOWARDS THE FOLK DANCES AT ‘LOKRANG’

10-day festival ‘Lokrang’ organized by the Jawahar Kala Kendra (JKK). people came in large numbers and showed tremendous enthusiasm towards the folk dances. JKK premises witnessed a throng of people throughout the day. People enjoyed puppet dance and various cultural performances being held outside the JKK Library during the day.

The evening programme began with the captivating symphony by Langa-Manganiyar. Ghazi Khan presented songs like ‘Vari Jaru Re, Balihari Jao Re’, ‘Chhap Tilak Sab Chini Re’, ‘Dama Dam Mast Kalandar’ and many others in his powerful voice. After this, folk artistes from Gujarat performed the Rathwa dance. This dance is ceremonially performed on the Holi festival in attractive costumes for 5 consecutive days by the Rathwa tribals of Gujarat. Audience enjoyed various other cultural performances including ‘Hojagiri’, ‘Chakri’, ‘Ghoomar’, ‘Natua’ and among others.