PENSION SCHEME WILL BE STARTED FOR ARTISTS ABOVE THE AGE OF 70 YEARS- B.D. Kalla

HomePress ReleasePENSION SCHEME WILL BE STARTED FOR ARTISTS ABOVE THE AGE OF 70 YEARS- B.D. Kalla 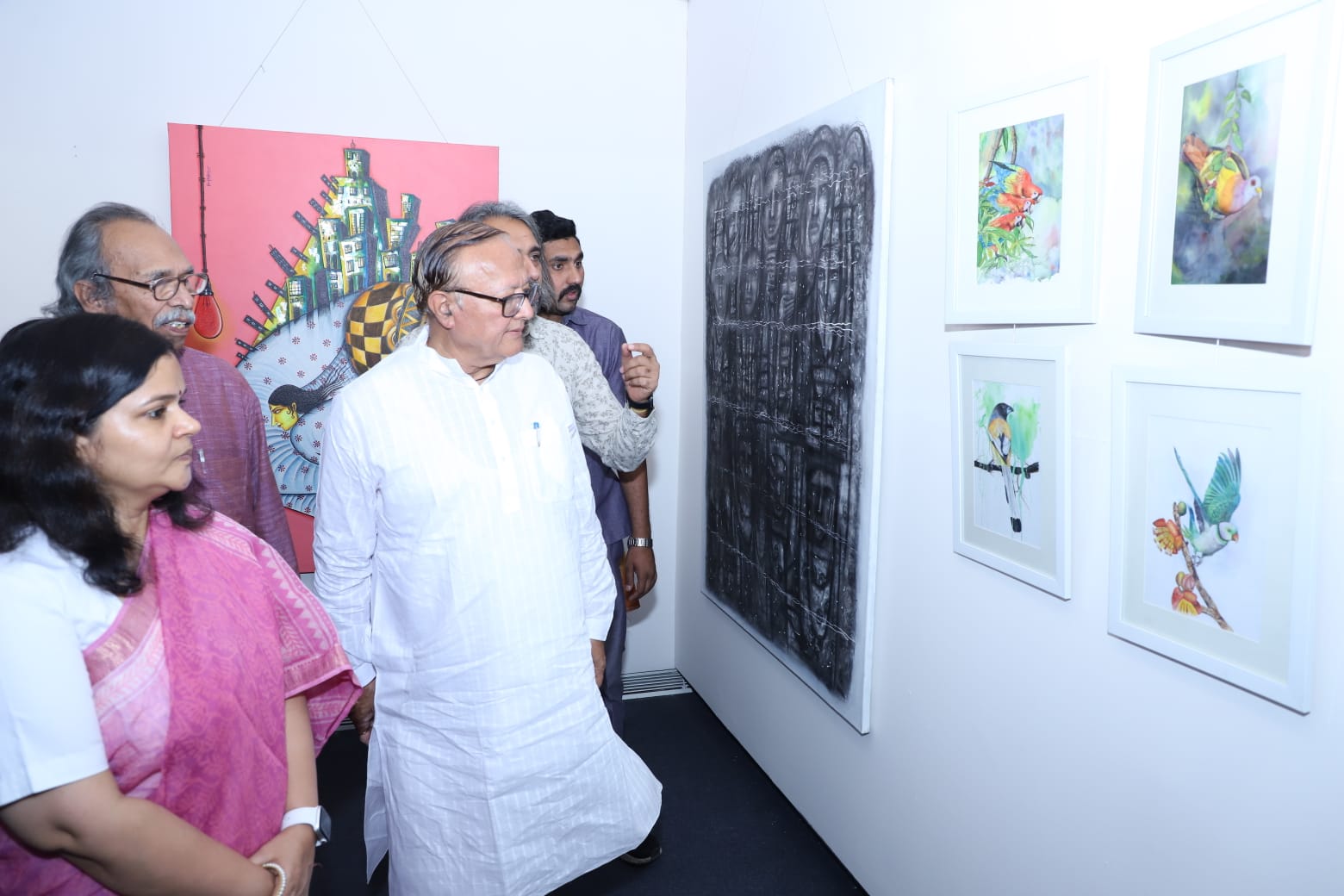 PENSION SCHEME WILL BE STARTED FOR ARTISTS ABOVE THE AGE OF 70 YEARS- B.D. Kalla

Jawahar Kala Kendra (JKK) is celebrating its 29th Foundation Day, as a part of which many artistic and cultural programmes are being organized at the JKK premises. The Minister of Art and Culture, Government of Rajasthan, Dr B. D. Kalla inaugurated the festival. On the occasion, he extended his greetings to everyone on the foundation day of JKK.  He expressed his desire to have Jawahar Kala Kendra reach international heights. He said that the Government will endeavour to provide pensions to artists above the age of 70 years in the comfort of their homes. This pension scheme has been started to honour artists and ensure that they get maximum benefits of the scheme. During the inauguration, Principal Secretary, Art and Culture, Government of Rajasthan and Director General of JKK, Smt. Gayatri Rathore and Additional Director General (Administration) of JKK, Smt. Anuradha Gogiya were also present.

The programme began with doodle wall painting by the Minister in the Dome area. The doodle wall activity will be open from 10 am to 7 pm till April 10. This was followed by a street play, ‘Chalo Haath Dhote Hai’ directed by Raju Kumar from Taabar Bal Basera, Jaipur. In the play, children explained the importance of washing hands.

Along with this, a painting exhibition is also being organized in Parijat 1 and 2, Alankar, Surekh and Sudarshan Galleries. The exhibition will be held from 10.30 am to 7 pm daily till April 10. In this, 200 paintings by various artists are being exhibited. Similarly, Portrait Making workshop by Durgesh Atal and Molela Pottery workshop by Prem Shankar Kumhar is also being organized in JKK’s Graphic Studio 1 and 2. These workshops are being held from 10.30 am to 5 pm.

Later, a documentary based on the achievements of JKK was shown in JKK’s Rangayan. After which a children’s play ‘Totto Chaan’ was staged by Vihaan Socio Cultural Wellbeing Society, Bhopal. It was directed by Sourabh Anant. The play is based on a little girl, Totto, who is a very enthusiastic and curious child. She is dismissed from school because of her childishness.

In the evening an Open Mic Poetry was organized in the Indian Coffee House area. The event was curated by Amit Kalla. In this Himanshu Vyas, Tabeenah Anjum, Tribhuvan, etc. performed. In the evening, there will be a folk fusion performance by Indian Idol fame and Bollywood singer, Swaroop Khan Manganiyar from Mumbai at Madhyavarti in JKK.

On the second day of the Foundation Day celebrations, a doodle wall activity will be organized in the Dome area from 10 am to 7 pm. A painting exhibition will be held in Parijat 1 and 2, Alankar, Surekh and Sudarshan Galleries from 10.30 am to 7 pm. Similarly, Portrait Making and Molela Pottery Workshop will be organized in Graphic Studio 1 and 2 from 10.30 am to 5 pm.

The street play ‘Chalo Hath Dhote Hai’ directed by Raju Kumar will be staged by Taabar Bal Basera, Jaipur in the Dome area at 5 pm. Children’s play, ‘Totto Chaan’ directed by Sourabh Anant will be presented by Vihaan Socio Cultural Wellbeing Society, Bhopal at Rangayan at 6.30 pm. In Madhyavarti, at 7.30 pm, Saregama finalist, Mohammad Vakil of Jaipur will present a Ghazal performance.