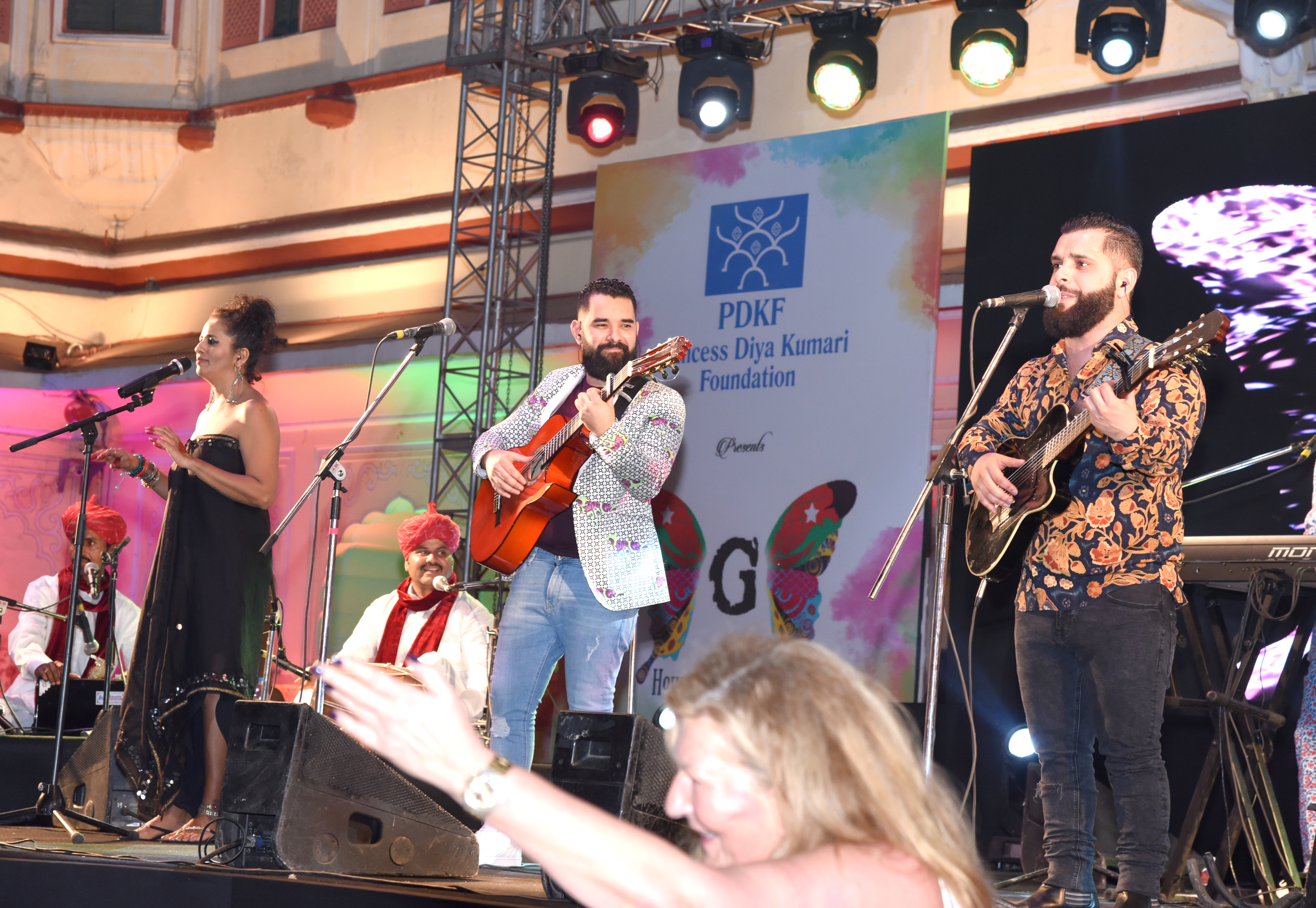 On the occasion of Holi Festival, the band ‘House of The Gipsies’ launched their contemporary gypsy pop music album ‘Return to Rajasthan’ at City Palace. It was presented by Princess Diya Kumari Foundation (PDKF) on Thursday evening. The 90-minute high energy performance is the result of group efforts by four ‘Gipsy Kings’ alumni from the South of France and four ‘Manganiyar’ and ‘Langa’ gipsies from India. The album is their grand comeback to the birthplace of all gypsy culture in Rajasthan. During the show, the musicians presented Hindi, English and Spanish songs like – Dam Dam, Kattey, Tu Madre, Nos Vamos, Baila Soleda, among others.

On the occasion, Princess Diya Kumari said, “PDKF is happy to collaborate with the ‘House of The Gipsies’ to support programs for women’s empowerment and girls’ education. The Foundation has always worked towards the cause of helping the underserved communities ‘of Rajasthan with a special focus on women.”

A band member, Hedda Moye, said that the album is a multimedia project with the perfect fusion of artisanal merchandise, deeper quality of girls’ education in villages and primordial sound current as its inspiration. Hailing from the ‘Gipsy Kings’ lineage the band aims to bring back the music of ‘Gipsy Kings’ to Rajasthan but also to base themselves out of Rajasthan, exporting the ancient knowledge from the Vedic sciences.

The band has had 17 daughters in their family. Upon learning that majority of the women in India finish school at the age of 11 and marry young, the ‘House of The Gipsies’ wanted to contribute their efforts to help the situation. The band’s combined efforts with PDKF will be jointly developing a program for girls’ education in Rajasthan.

The invitees (men dressed in white Jodhpuri coats and women in red and white falguniya sarees) to the exclusive Holi theme party had a whale of a time.