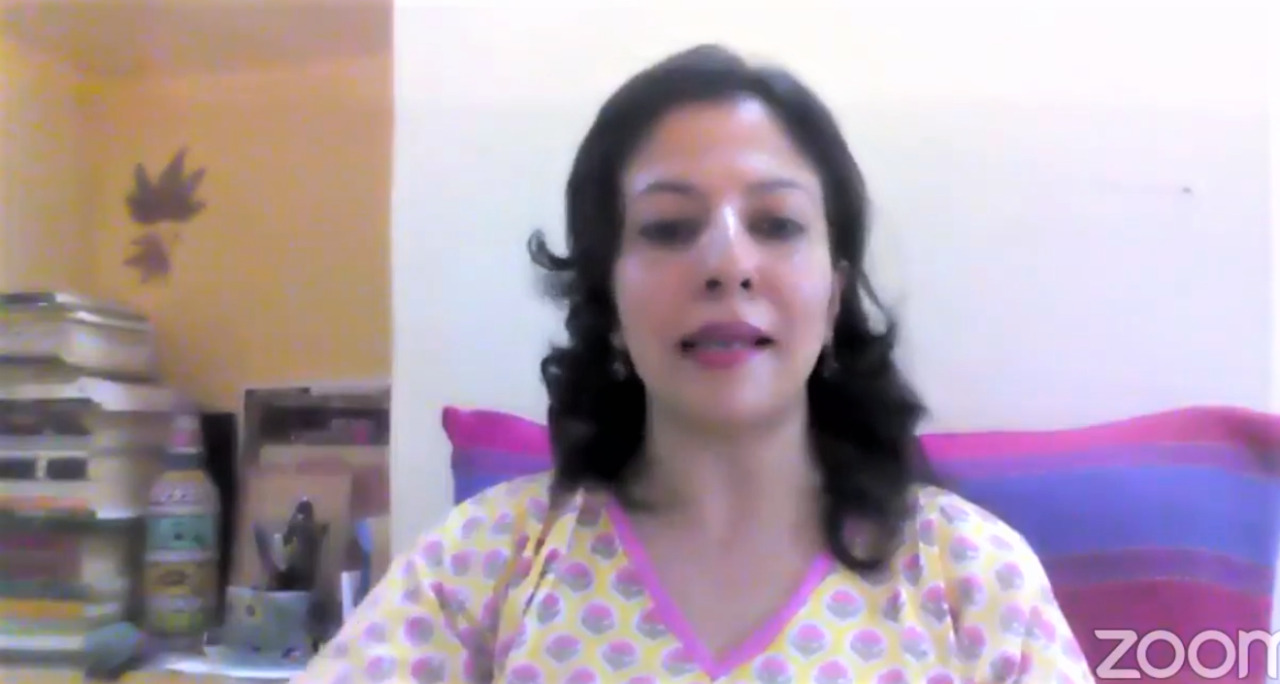 Participants learned the basic fundamentals of visual storytelling in an online session ‘Visual Story Telling’ by Dr Tabeenah Anjum. It was organised by Jawahar Kala Kendra (JKK) on Zoom and broadcasted live on their Facebook page. The session focused on the introduction to visuals, elements of a story, evolution of visuals, landmark developments in photography as well as interpreting visuals.

Dr Anjum said that a visual can be a picture, piece of film or display used to illustrate or accompany something. Even in the earlier times, man has always wanted to record himself. Early cave paintings are proof of several attempts at this. Initially, painters depicted remarkable historical stories through brush and canvas. Similarly, storytelling describes the social and cultural activity of sharing stories sometimes with improvisation, theatrics, or embellishment. Crucial elements of stories and storytelling are plot, characters and narrative point of view.

Talking about visual storytelling, she said that visual storytelling involves the use of graphics, images, pictures and videos in an effort to drive emotions, engage, intercommunication and motivate the audience to action. Giving a brief history of photography she said that the camera was an invention that came in the 19th century. The session also showcased different types of cameras like pinhole, camera obscura, Kodak rolled film camera as well as the invention of Kodachrome, the first commercially successful amateur colour film.

Tomorrow, the concluding day of the ‘Visual Story Telling’ online session by Dr Tabeenah Anjum will be held at 3 pm. The session will be organised on Zoom and broadcasted live on the Facebook page. It will focus on interpretations of visual storytelling and photography.