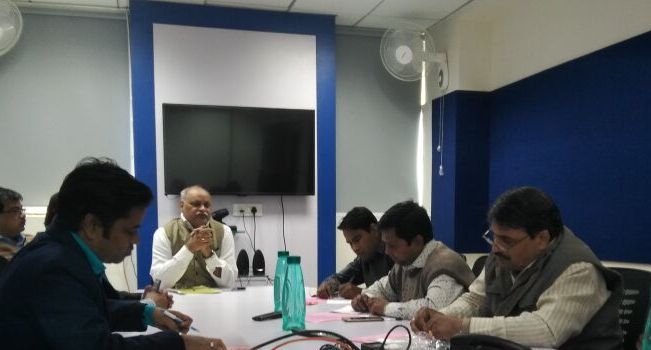 Kota Electricity Distribution Limited (KEDL) has till date installed 7400 smart meters in the city. Among them are also some in the premises of prominent figures of the society. They have appreciated the features of the Smart Meters. This was stated by the Chief Executive Officer, KEDL, Mr. A.N. Singh today at the Press Briefing in Kota.

Mr. Singh further said that the installation of smart meters along with a robust communication back bone enables an error free reading without any human intervention, proactive and fast outage management and empower customers to view monitor and budget their power consumption.

Mr. Singh further informed that KEDL has setup an exclusive customer care unit with dedicated mobile number for speedily redressing any meter related complaint. Furthermore, a mobile testing facility has also been commissioned from ERDA Baroda, which is a Government accredited agency for carrying out on-the-spot testing of meters on receipt of any complaint.

However, out of 7000 meters installed so far, only 32 complaints have been received and no discrepancy has been found in any one of themafter follow-up testing. The availability of such customer friendly measure has been already communicated to customers. Such meter could also be tested in such Government accredited laboratory in the country.

Mr. Singh also informed that on the improvements and new initiatives in the power distribution system, KEDL has already taken up the project of installing AMI along with smart meters in Kota, which has also been selected as Smart City by the Government of India.

It also needs to be noted that the Smart Meter project at Kota is in line with the vision of the Government of India and State Government officials. Furthermore, in accordance with the national tariff policy 2016, it is the endeavor of KEDL that all consumers of the city of Kota get benefited from these initiatives.

In this context, he also reiterated KEDL’s commitment to ensure safe electricity and delivery of best service experience to consumers in Kota City.

At many locations in the city, distribution network passes through dense localities and at places and premises has potential for accidents and loss of life and  property.KEDL has identified such locations and within next two to three months the necessary measures will be taken at all such places. KEDL is also regularly conducting camps at different locales for speedy supply connection and increase consumer awareness. They also welcome suggestions for further improvement of the customer services.

KEDL also appealed to the media and local public representatives in helping in these efforts. KEDL also informed that the company is ready to clear any doubts related with smart meters and associated technology for any member of the society, individually or in groups.

It is to be recalled that CESC at Rajasthan started its operation in the city of Kota in September of 2016 and is in the 2ndyear of operation. The first year was more towards stability of the system, and making its process transparent and customer friendly. In this process initiatives like extended timings of cash counter, customer friendly bills, D.G support wherever long outages are anticipated etc were introduced. Currently, KEDL is focusing towards making the distribution network secure, safe, reliable and efficient.