Big Businesses need to become a part of the Policy Formulation 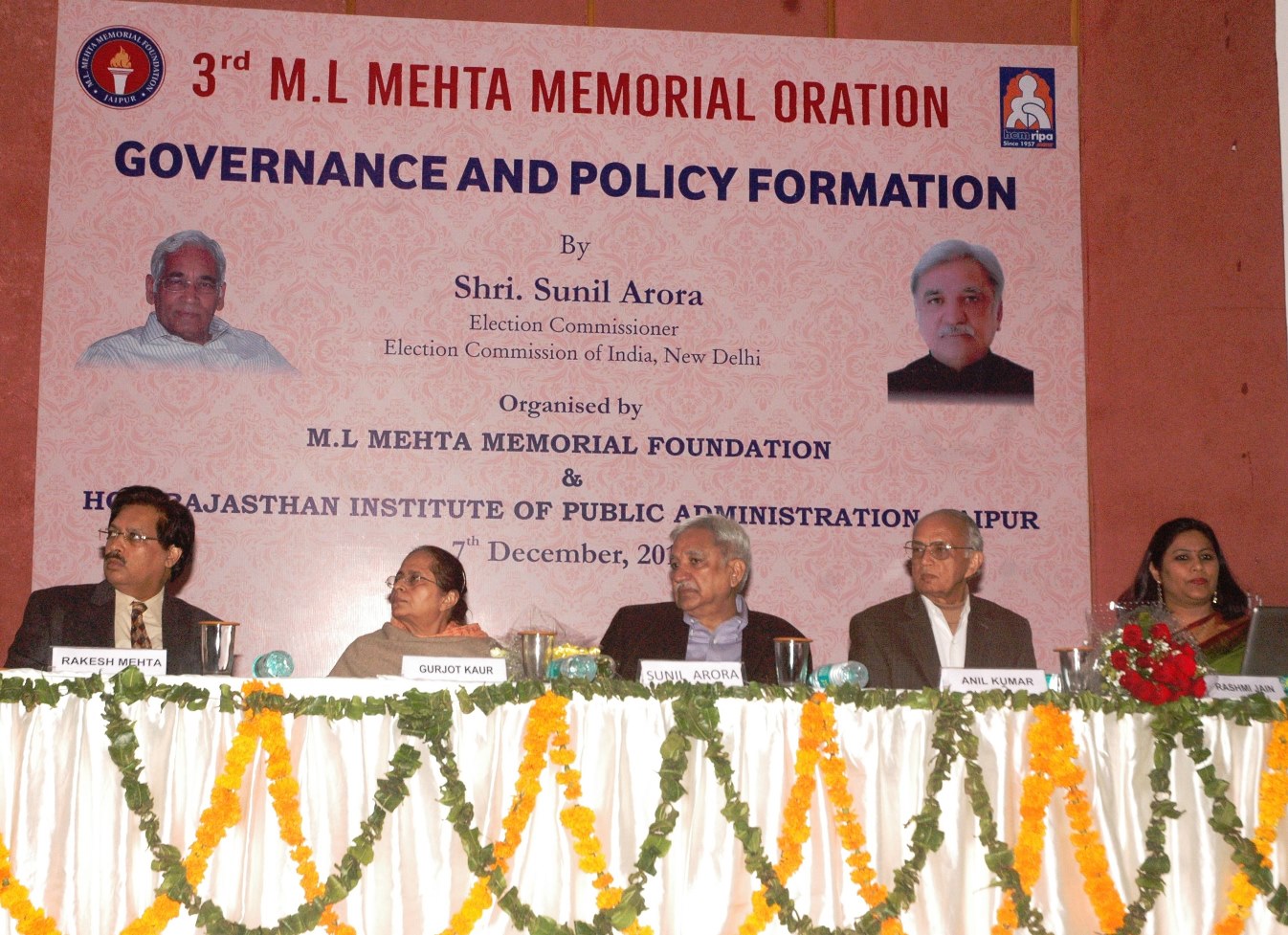 Big Businesses need to become a part of the Policy Formulation

In an increasingly privatized world, the belief that policy formulation can only be done by people sitting in the Government is a myth. Big businesses in India can also help in proactively reducing the inequities. This was informed by Election Commissioner, Government of India, Mr. Sunil Arora. He was speaking at the 3rd ML Mehta Memorial Oration at B S Mehta Auditorium, HCM RIPA (OTS) on 07 December.

Mr. Arora further said that social spending needs to go up massively across domains of food, education, health, housing and employment. Budgetary allocation for education and health should be brought in line with global standards. Institutional frameworks need to be realigned to uphold the welfare of the people in the modern context. Basic governance ideas are a mix of home-grown and well-synced global thought processes. These ideals are key drivers behind decades of planned socialist style economics. The end point is to ensure that the State becomes an efficient instrument supporting the disadvantaged.

He further elaborated that history has taught us, nations do not move forward by chasing trade, technology, infrastructure or military.  Tools like superior human capital, an educated, skilled and healthy population are also essential to put the nation on the road to development.

The programme began with Pushpanjali to Late Mr. ML Mehta. This was followed by the welcome address by Chairperson, MLMMF, Mr. Rakesh Mehta.  A 10- minute film on the life and achievements of Late Mr. ML Mehta was also shown to the audience. Vote of thanks was delivered by Managing Trustee, MLMMF, Dr. Rashmi Jain. As many as 15 students of Jaipur were presented with scholarships sum of which amounting to Rs 1 lakh. These scholarships were offered by Sumedha — a NGO, founded by Late Mr. ML Mehta. Director General, HCM RIPA, Ms. Gurjot Kaur was also present on the occasion.