OPENING CEREMONY OF IIMUN HOSTED BY THE PALACE SCHOOL

HomePress ReleaseOPENING CEREMONY OF IIMUN HOSTED BY THE PALACE SCHOOL 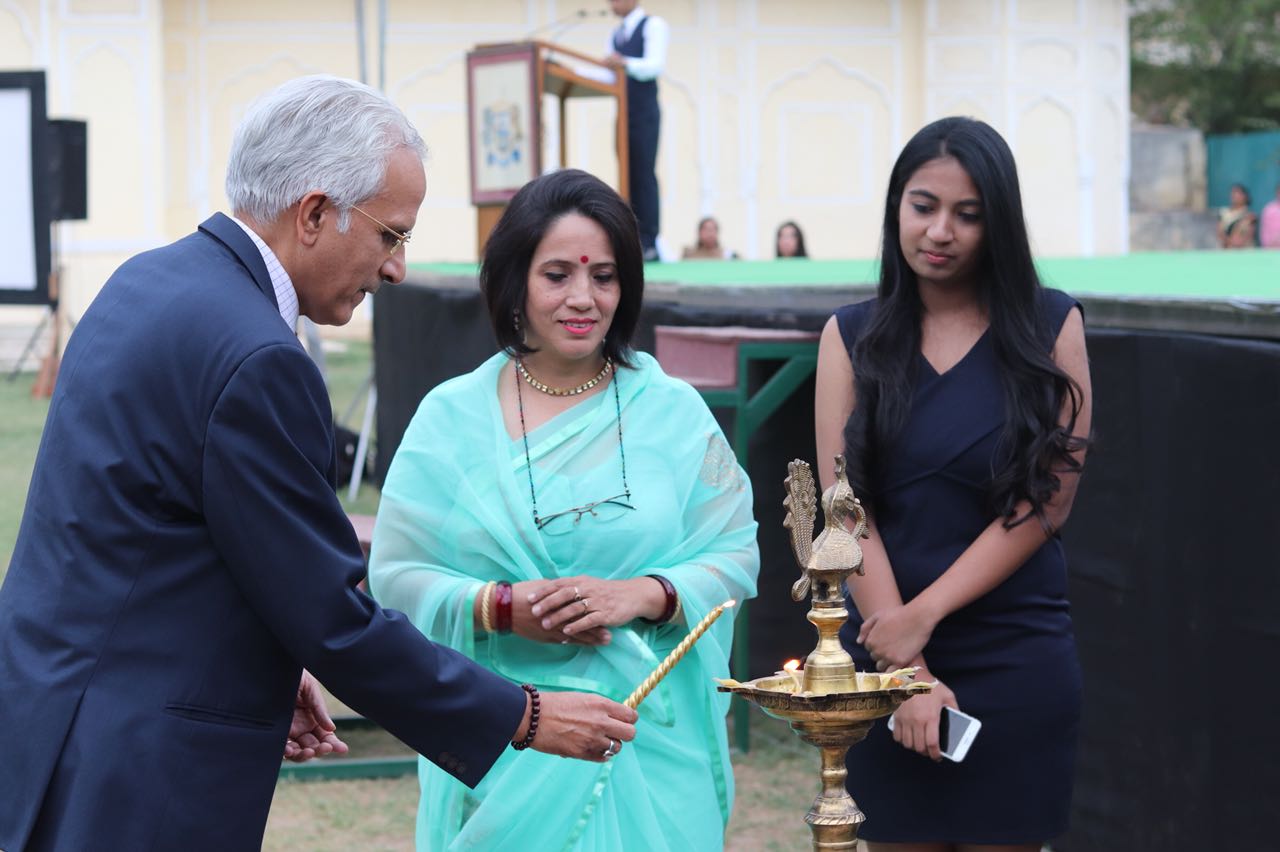 OPENING CEREMONY OF IIMUN HOSTED BY THE PALACE SCHOOL

The ceremony commenced with address of Director General of IIMUN, Mr Saliq Ahmed who expressed his satisfaction to see the youth so focused and aware about international and national events at large. Principal, The Palace School, Ms. Urvashi Warman, also addressed the gathering where she spoke about the importance of such events at school level.

The Palace School students put up a splendid performance and set the ball rolling for the conference which is being attended by over 400 students from all over India. There would be seven mock sessions of United Nations Organisation wherein the students will be grouped into various countries and committees such as Social Cultural and Humanitarian Committee, Disarmament and International Security Council, Economic and Social Council, etc. The delegates will be given current agendas to be discussed in their committees. A resolution will be passed after arriving upon a conclusion which will later be sent to the UNO. The aim of this conference is to spread awareness among students about the various national and international issues.

A grand ceremony will be held on the third day of the conference wherein the best student delegates and schools will be awarded.