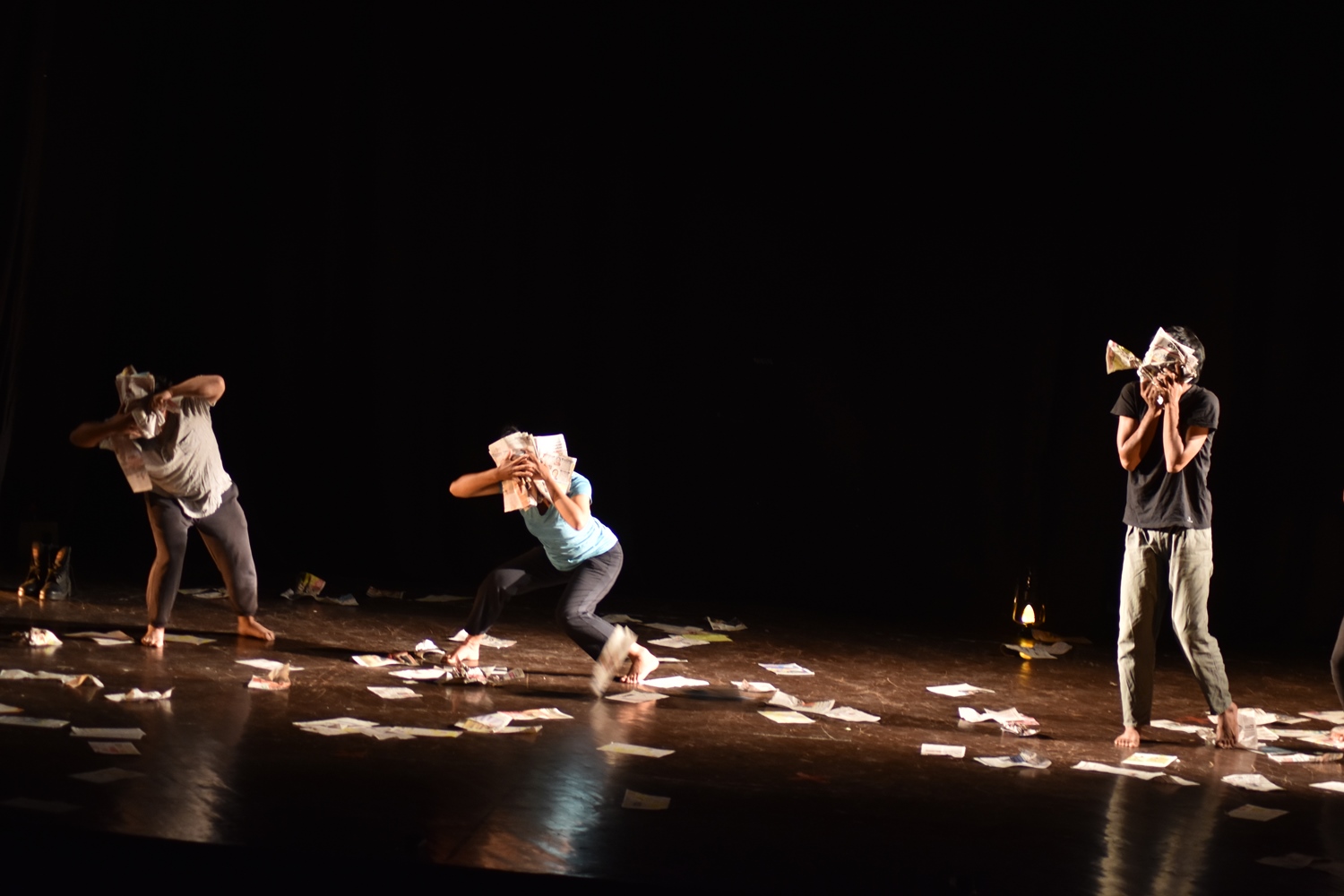 As a part of the 5th day of ‘Navras 2019’ – the performing arts festival of Jawahar Kala Kendra (JKK), a ‘Meet the Artist’ session with director of ‘Bandish 20-20000Hz’, Purva Naresh was organised today. Talking about the restrictions of a maker, she said that as a director one tends to get comfortable with the privileges they are born with and they slowly becomes one’s restrictions. An artiste needs to constantly question not only the conventional but also their gurus and mentors. Once a student understands the grammar and basic form, they can experiment and culture their own form.

Talking about her work, she further said that her work has always been more influenced by word and visuals. Because of which the script of the play ‘Bandish’ was a version of Hindi which people may not know verbatim but would still understand. Using calculated elements not only makes the play engaging but also creates a bridge between the actor and the audience. As a maker, it is important to not give answers to one’s audience but let them think for themselves and form their own solutions or opinions.

Talking about the dynamism of theatre as an art form, Ms. Naresh further said that theatre is an ever-changing art form that continues to evolve even after one has performed it. After one goes back to the rehearsal room they are constantly thinking about ways to improve it. The form one’s play takes depends on who the art work is made for, how accessible one makes their work and other emotional as well as economic factors.

The day concluded with a performance art piece – ‘Nerves’ directed by Surjit Nongmeikapam. The dance is rooted from the expressions of the voiceless people of Manipur. It further explores the lives that have been exhausted by the constant questioning of one’s world without any answers. ‘Nerves’ also highlights various issues of conflicts surrounding Manipur. All these frustrations have been embodied into the dance piece wherein the dancers express their emotions, guilt, helplessness and vulnerability over their situation.