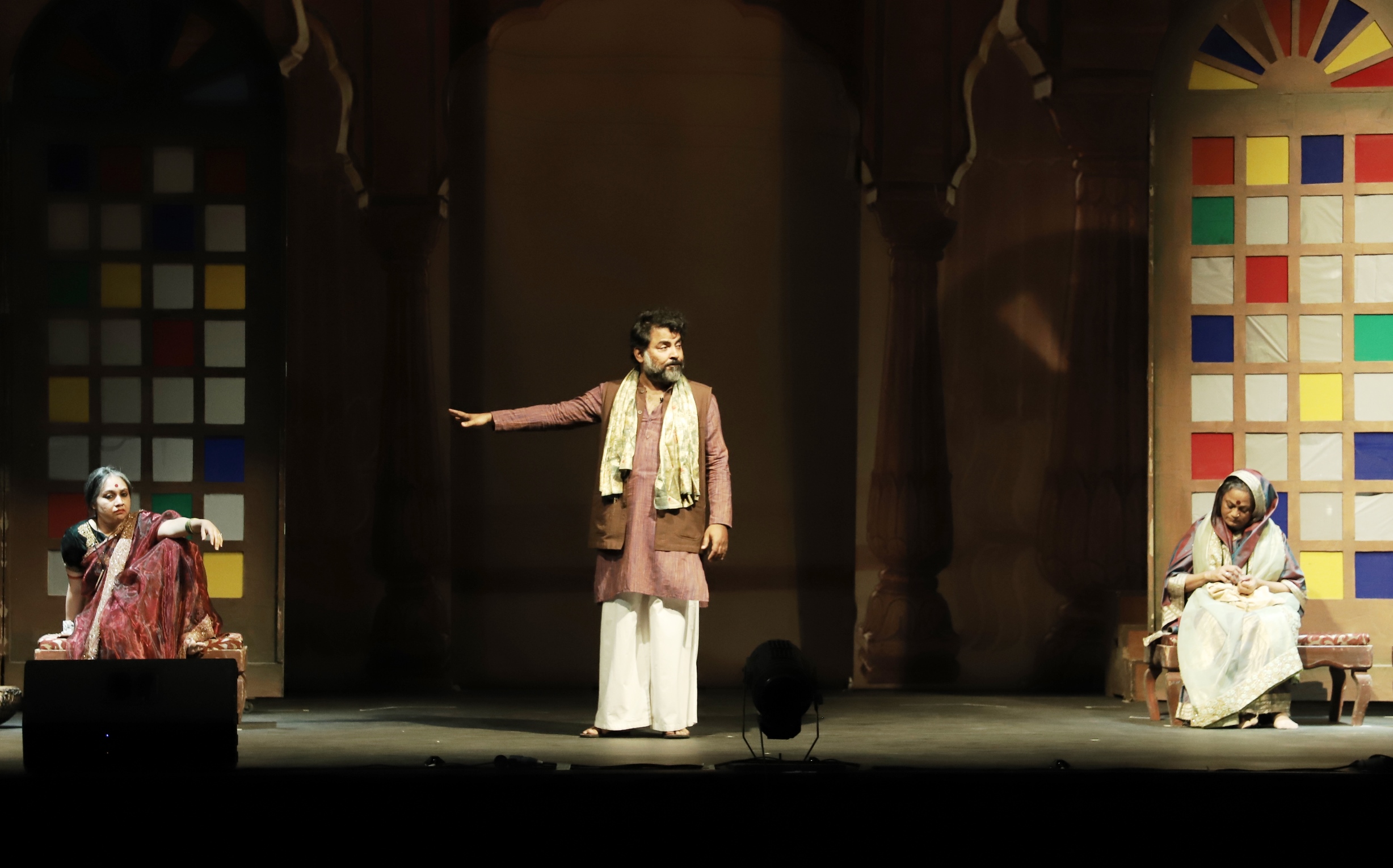 On the 4th day of the ongoing performing arts festival – ‘Navras 2019’ at Jawahar Kala Kendra (JKK), play ‘Bandish 20-20000Hz’ directed by Purva Naresh was staged. The music for the play was by renowned singer Shubha Mudgal. The play is set on the eve of Independence in a green room in a small town where 4 artists— two are yesteryear divas and the other two are young heartthrobs of the nation come face-to-face. They are all participating in a programme to celebrate 71 years of Independence. As the plot ensues, one after the other crisis emerges in the play. First the young male heartthrob gets banned due to an anti-national badge. Then there is a power failure and finally Beni Bai the last option refuses to perform.

The play is an exploration of the environment surrounding an artist, the restrictions, bans and how an artist negotiated these to finally go on to the stage and perform. ‘Bandish’ literally means ‘restrictions’ and ‘20-20000Hz’ is the frequency range the human ear can hear. But how much is heard depends upon the sounds in the surrounding environment.