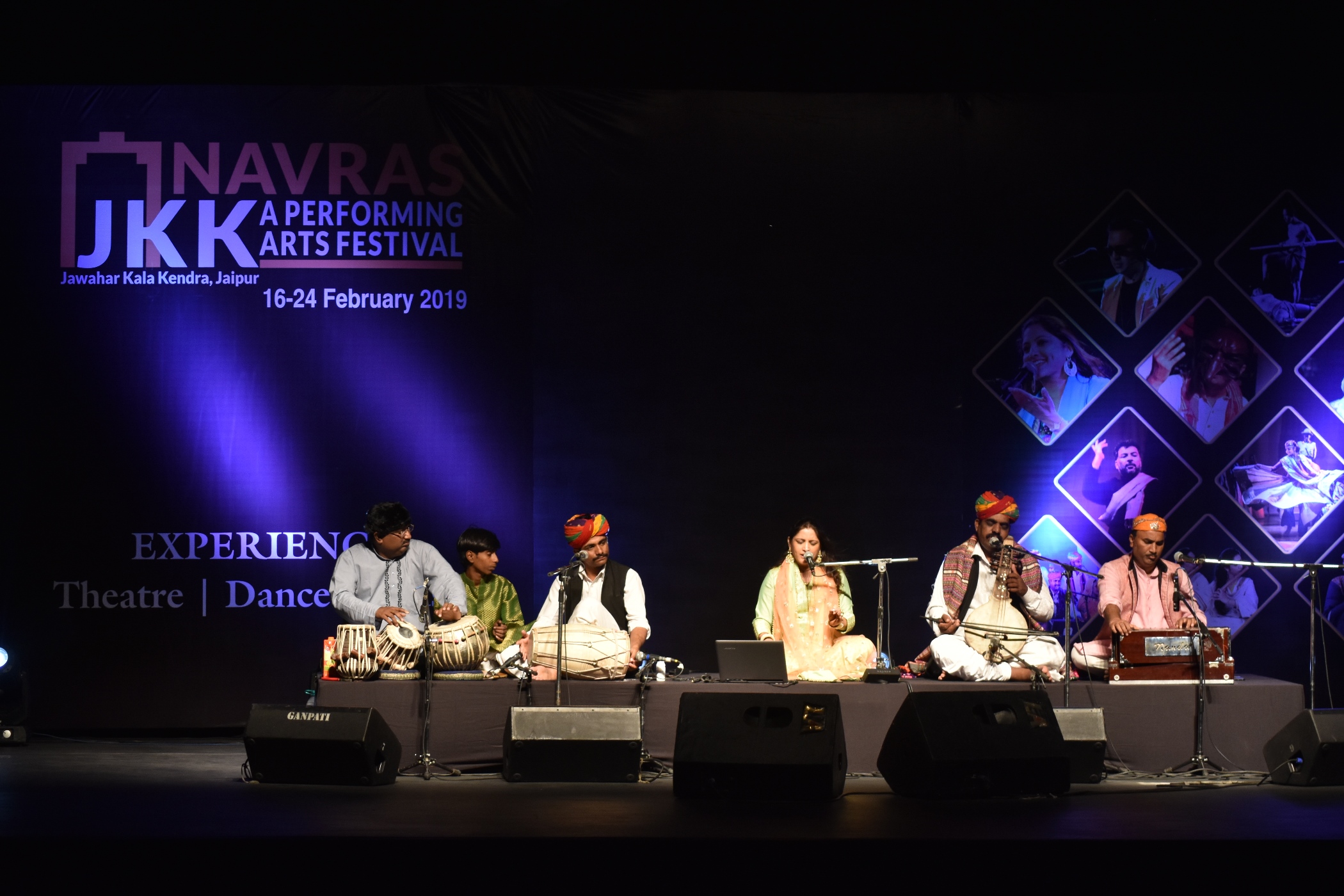 Press Release
As a part of ‘Navras 2019’ – the performing arts festival of Jawahar Kala Kendra (JKK), a ‘Meet the Artist’ session with Mr. Surjit Nongmeikapam of ‘Nerves’ was organised. Talking about the concept of the dance, he said that ‘Nerves’ was conceptualised with the aim of giving a voice to the indigenous people. These indigenous villagers continually work hard to preserve the local arts which are slowly being destroyed through development by conglomerates.
He further said that the performance was dedicated not only to the indigenous people of Manipur but also local tribes from all over the world. The director felt the need to express through his movement vocabulary the anger and vulnerability of these people. The name of the performance ‘Nerves’ signifies that all the information can be found in our nerves and the dance explores what the performers cannot speak out.
Talking about the music of ‘Nerves’, Loitongbam Sunil Singh said that calling it music would be incorrect, this is a soundscape which features sounds from nature as well as electronics. It is a collaboration of music from various artistes which continues to grow and evolve with every performance. It is also an experiment with sound to reflect the emotions of the dancers. Although, it has a structure the music is being mixed live and has many layers.
‘Sahib Mera Rangrez’ by Smita Bellur
The evening concluded with a mellifluous Raag based Sufi performance by versatile Indian vocalist, Ms. Smita Bellur. She presented ‘Sahib Mera Rangrez’ which was an eclectic mix of mystical songs of love and light featuring mystic verses of the Nirguni Saints, Sufis and Yogis. The performance opened with the title ‘Sahib Mera Rangrez’ a renowned bhajan by saint Kabir. She also rendered compositions of poets like Khwaja Ghulam Farid, Rabia Basri, Gorakh Shah Nabi, Hazrat Amir Khurao and Shaz Tamkanat. Popular Punjabi sufi composition ‘Nit Khair Manga’ was also performed.
Ms. Bellur was accompanied by Saawar Mal Kathak (Harmonium and back-up vocals), Sawai Khan Manganiar (Dholak and Back-up vocals), Parmeshwar Lal Kathak (Tabla) and Darre Khan Manganiar (Kamaicha and Khartal).