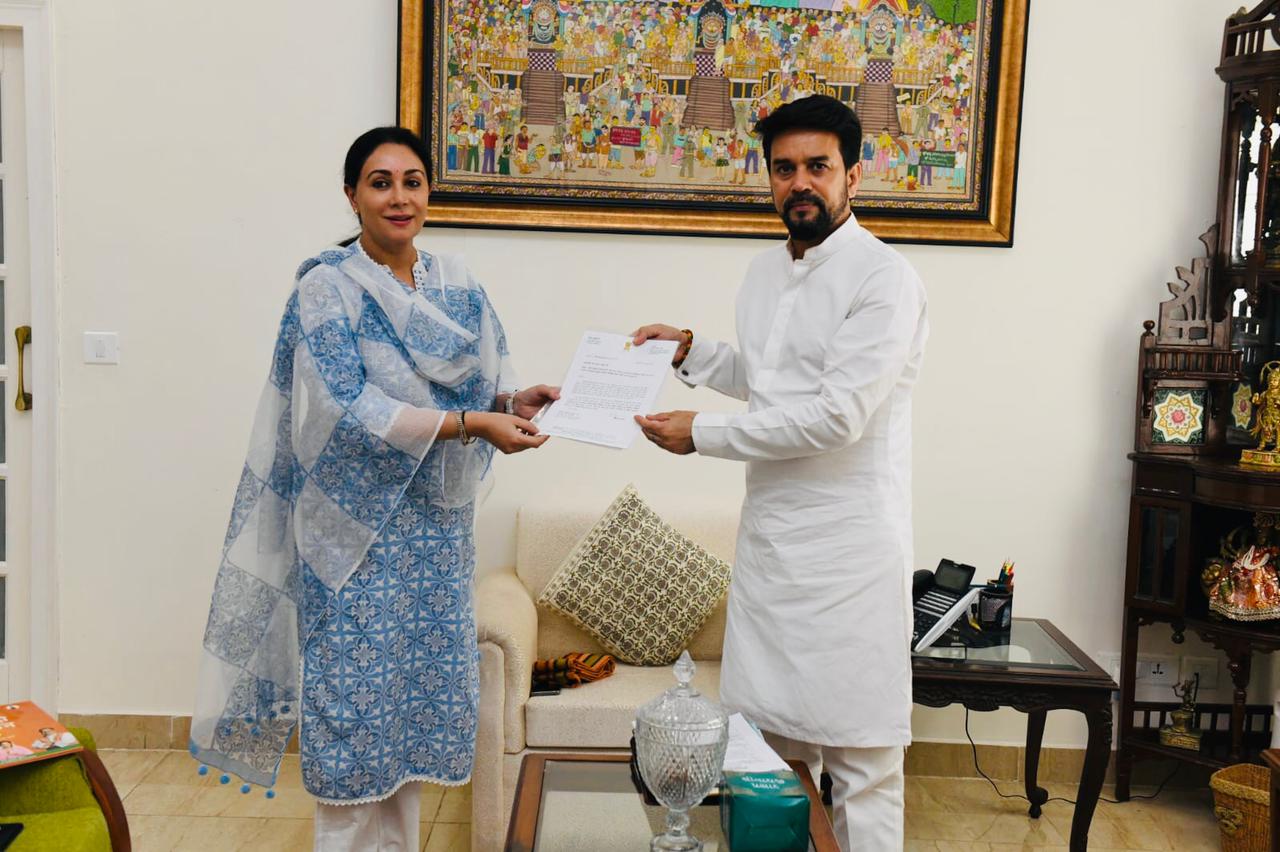 MP Diya Kumari met Union Minister for Youth Affairs & Sports, Shri Anurag Thakur. She urged him for the sanction of the amount for the land allotted for Rajsamand District Sports Stadium in village Bhana under the ‘Khelo India Scheme’.

During the meeting, MP Diya Kumari said that in the recent past, Rajsamand’s sports talent has represented India in the Tokyo Olympics despite not having any international facilities. Even though Rajsamand does not have a sports stadium and is struggling without facilities, it has still given players of national and international level. If national level facilities are made available to the athletes then no one can stop them from achieving success.

MP Diya Kumari also discussed sanctioning funds under ‘Khelo India’ for an indoor stadium, running track and hockey turf on the land allotted for the sports stadium located at Bhana in Rajsamand.

During the meeting, the Minister assured the MP that action will be taken soon in this regard. An adequate amount would be allocated for sports facilities in Rajsamand.