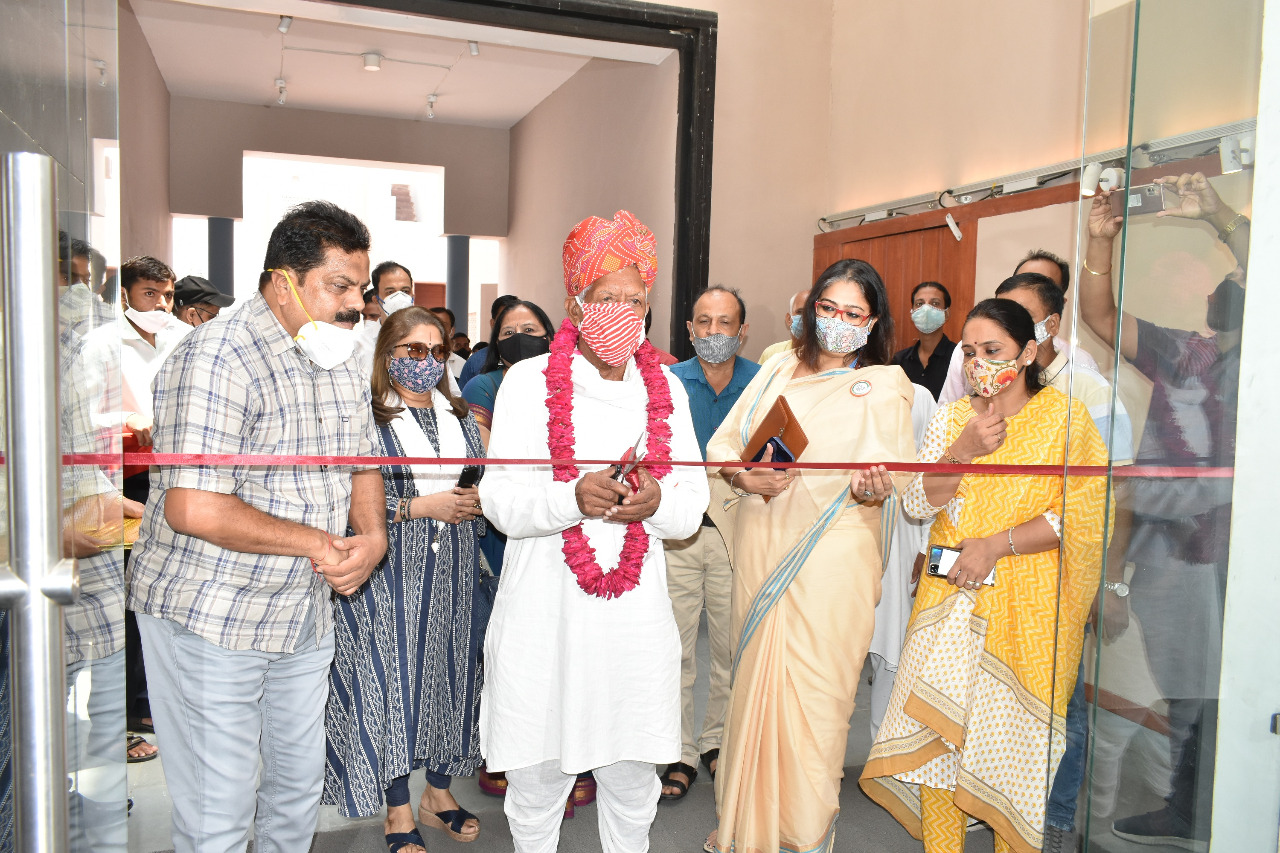 As a part of the ongoing ‘Azadi Ka Amrit Mahotsav’, a variety of programmes were organised by Jawahar Kala Kendra (JKK) on the eve of Independence Day (14 August). The ‘Azadi@75 Exhibition’ featuring over 150 freedom fighters of Rajasthan was inaugurated by freedom fighter, Shri Ramu Saini at the Alankar Art Gallery. The exhibition was organised Department of Art & Culture, Government of Rajasthan; Rajasthan State Archives Bikaner and JKK. On the occasion, the book ‘Bharat Ke Swatantra Senani’ and ‘Azadi@75 Catalogue’ was also launched by Shri Saini; Director General, JKK, Ms Mugdha Sinha and Additional Director General (Admin.), JKK, Dr Anuradha Gogiya. Apart from this, Shri Saini also launched ‘JKK Library Podcast’ on the social media platforms of JKK. The podcast is available on Spotify and Anchor and it aims to digitally connect with the audience of JKK through engaging content.

Shri Saini said: “Every person has a right to freedom. India has struggled a lot to attain independence. It was not something that happened easily. It took a lot of time and many people were involved in the process. Only those who struggled and fought back then are aware of how India’s independence was achieved”.

Ms Sinha said that the programme organised aims to look back at our past and to seek inspiration for the future. To ascertain whether we have accomplished what was envisioned by our forefathers. This is a tribute to all the freedom fighters, many of whom are not here with us today, to remember their sacrifices and think about what we can do for the future of our country.

Later, ‘Fiber to Fabric: The Indian Saree Workshop’ was conducted by Director, IICD, Dr Toolika Gupta at Krishnayan. Talking about fiber, she said that fiber is the basic unit of fabric whose length is more and width and is cohesive. They can be categorised into natural fiber like plant, mineral and animal as well as man-made fiber like synthetic and recycled. “Types of natural fiber are cotton, wool, silk and linen. Cotton is a soft, fluffy staple fiber that grows in a ball. Silk is a natural protein fiber obtained from silk worms. Wool comes from sheep by fleecing the body of the sheep. Linen comes from the stem of the Flax tree. The stem is rotted and linen is extracted from it”, she said.