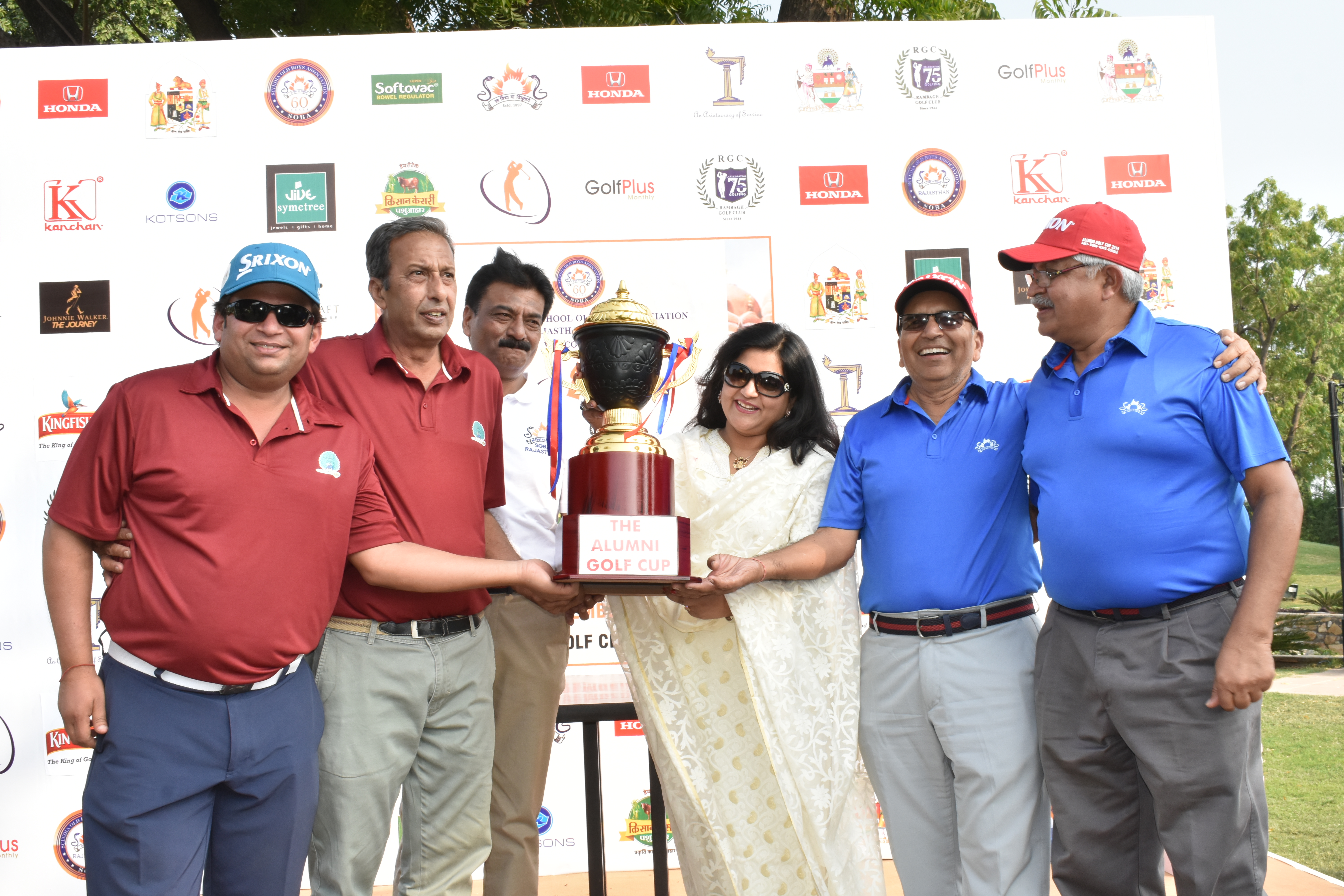 Mayo College and Scindia School jointly won the ‘Alumni Golf Cup’ at the Rambagh Golf Club in Jaipur. They tied with a score of 406 points. The runner up was Doon School with a score of 394. The first ever such tournament was among the alumni of the top public schools of the country. It was organised by Scindia Old Boys’ Association (SOBA) Rajasthan. Besides Mayo, Scindia and Doon School, Daly College also took part. The best gross winners were Siddharth Sharma with 74 points. The trophy was given by Ms. Rolee Agarwal, Income Tax Commissioner. The Army Commander of South Western Command . Lt Gen. Alok Kler (Ex Mayo) and Additional Chief Secretary, Mr Subodh Agarawal (Ex Scindia)were also present on the occasion.