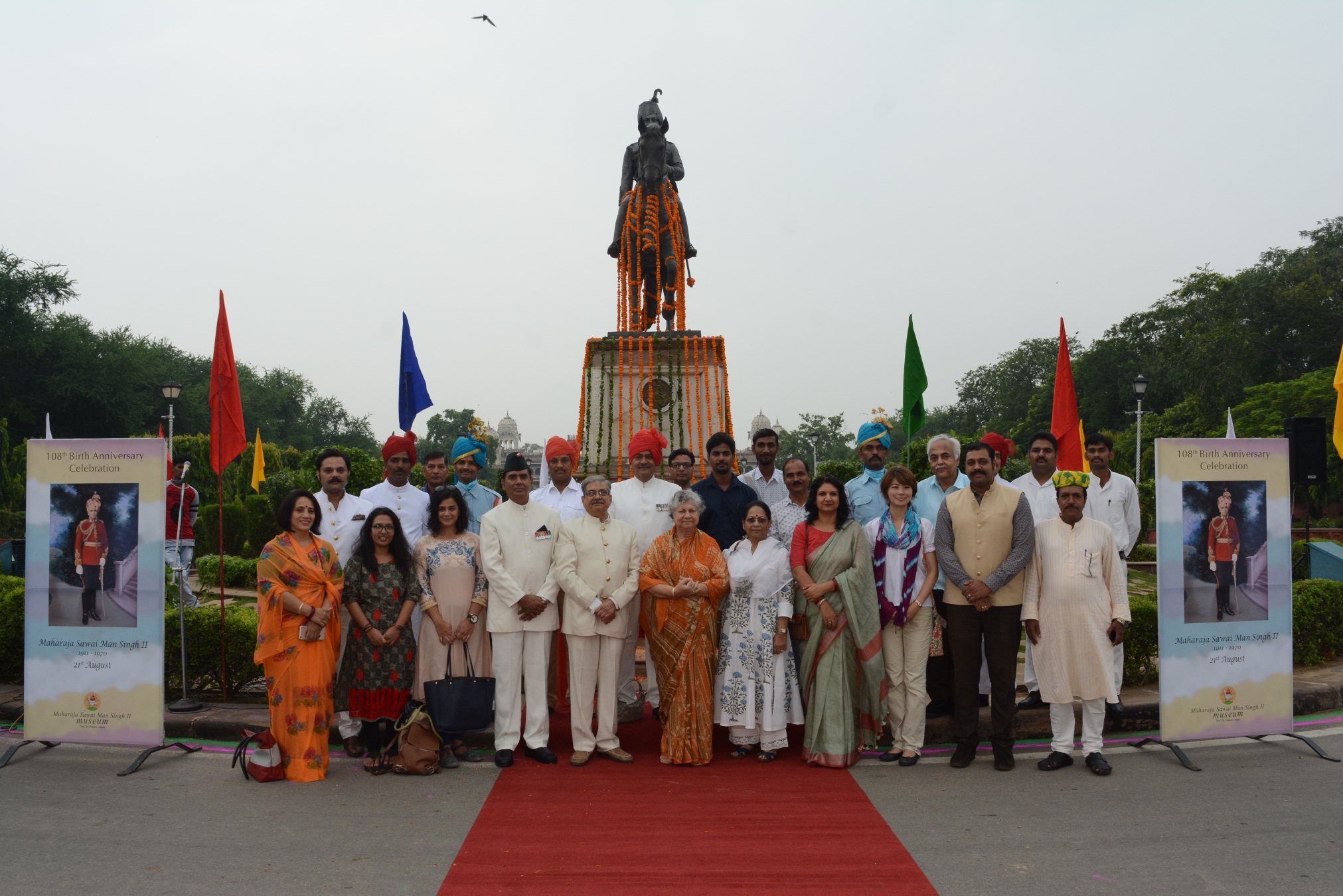 Later in the evening at the Ashok Club, the members along with their spouses garlanded the bust of the former Maharaja of Jaipur. There was also a performance by the Army band of the 3 Mahar Regiment on the occasion.