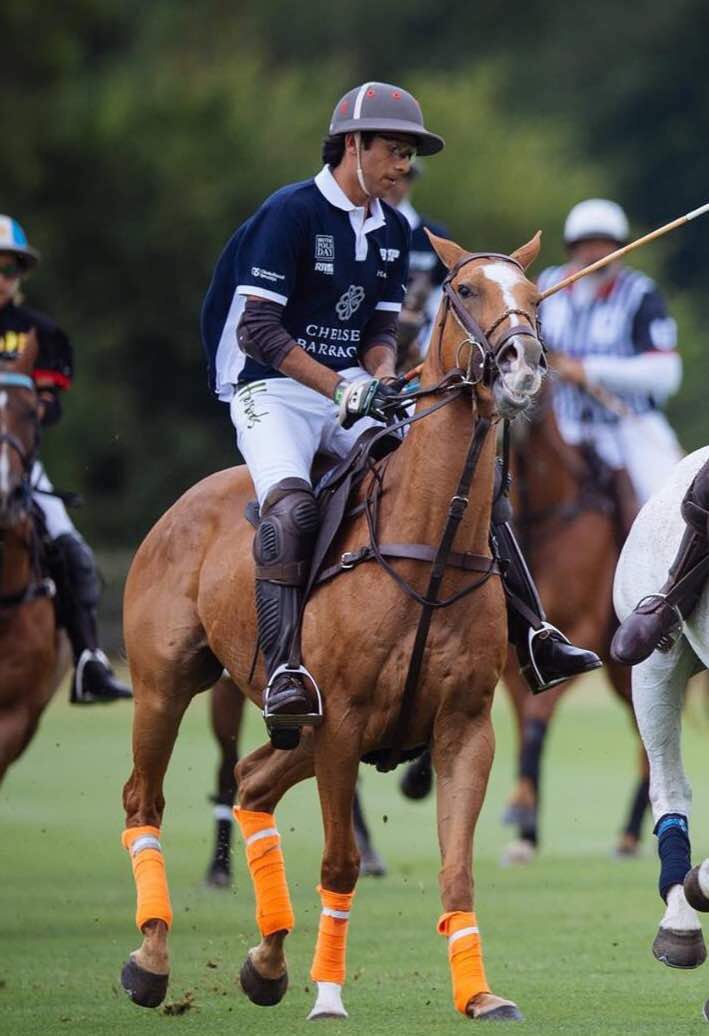 Jaipur, 26 June: HH Maharaja Sawai Padmanabh Singh of Jaipur continues to make waves in the international polo world. The 18-year-old Maharaja recently participated in the 60th match of the prestigious ‘British Polo Day’ on 24 June this year at the Henley near London. The match was a high calibre spectacle with both the teams, KIG Polo and Black Bears, scoring 5 goals apiece.

The Maharaja (2) played for KIG Polo and also scored a goal. He had as his teammate the No. 1 polo player of the world, Argentinian Adolfo Cambiaso, who has a 10 goal handicap. The other players of his team were: the daughter of Adolfo, Mia Cambiaso (0) and Bash Kazi (0). They played against Black Bears, the team of which comprised of Simon Keyte (6), Nina Clarkin (4), Tristan Phillimore (1) and Adolfo’s son, Poroto Cambiaso (0). Nina Clarkin, incidentally, is the world’s top woman polo player.

HH Maharaja Gaj Singh of Jodhpur was also present on the occasion of the match. Later, Maharaja Padmanabh invited Adolfo Cambiaso to come and play at the historic polo ground in Jaipur.

It is to be noted that British Polo Day is an unparalleled platform celebrating the history and heritage of polo with global community. Over 100 top British and international players have played at British Polo Day since its inception.

In Jaipur too, 2 matches of the British Polo Day have been played at the Rajasthan Polo Club ground in the past years. This year the match will be played in December for which Rajmata Padmini Devi of Jaipur is the patron.