LOKRANG CONCLUDES WITH SCINTILLATING PERFORMANCES FROM STATES ALL OVER INDIA

HomePress ReleaseLOKRANG CONCLUDES WITH SCINTILLATING PERFORMANCES FROM STATES ALL OVER INDIA 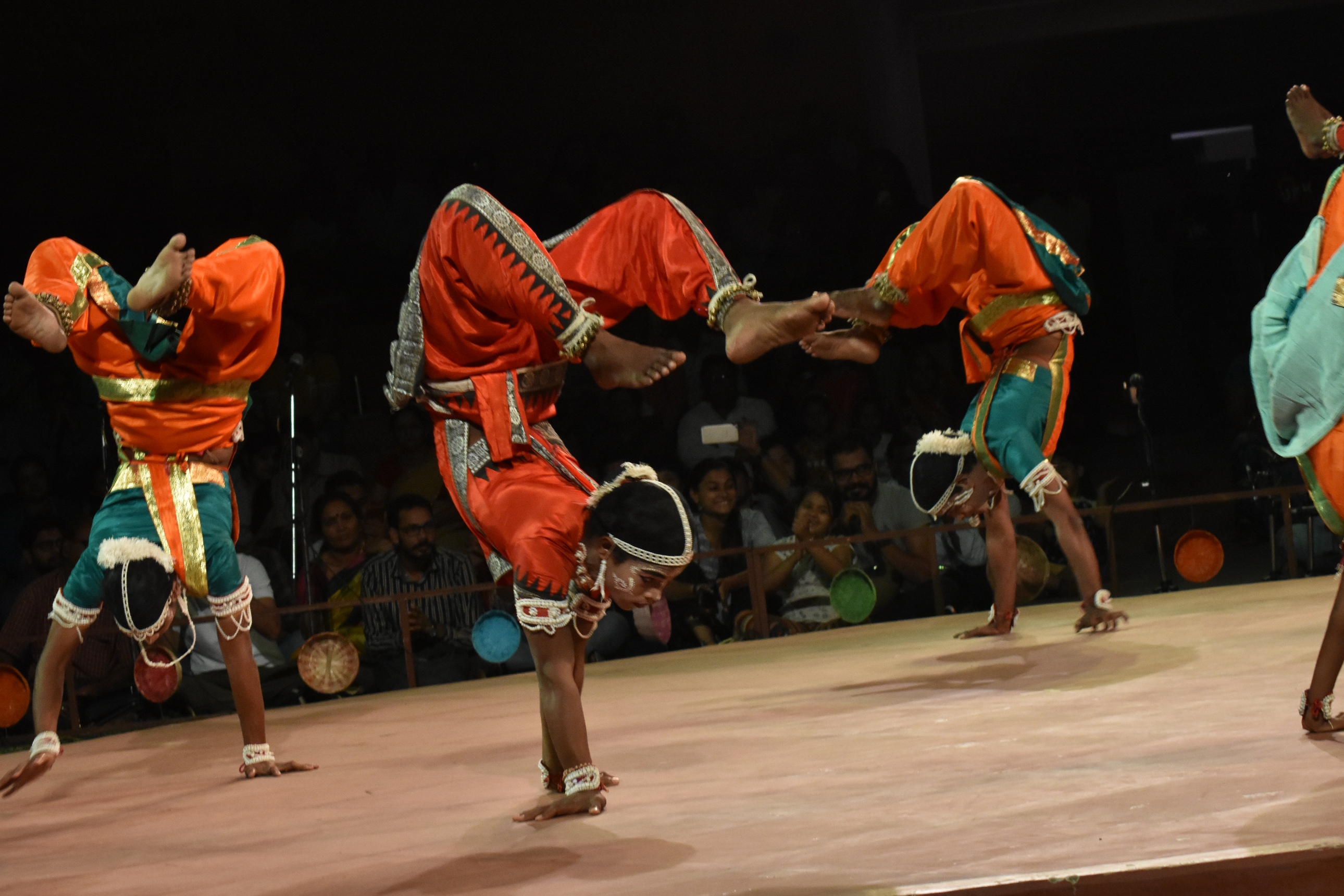 LOKRANG CONCLUDES WITH SCINTILLATING PERFORMANCES FROM STATES ALL OVER INDIA

The 10 day folk art festival ‘Lokrang’ concluded with verve and gaiety at Jawahar Kala Kendra. As many as 13 scintillating performances from 10 states were held on the concluding day of Lokrang. The highlight of the day was the 20 minutes long Grand Finale which was the presentation of ‘Swar Lahiri’ directed by Additional Director General (Technical), JKK, Mr. Furqan Khan.

The performances began with the Goti Pua dance from Odisha followed by Samai from Goa, Panthi from Chattisgarh, Pooja Kunitha from Karnataka and Deghiya from Uttar Pradesh . Popular dances of Rajasthan such as Kaalbeliya and Laal Angi Gair were also held on the occasion. The visitors also enjoyed the Bhangra dance from Punjab, Siddhi Dhamal from Gujarat as well as Lavni from Maharashtra.

The evening concluded with the mellifluous ‘Swar Lahiri’ performance in which the audience witnessed the magic of more than 40 folk musical instruments of different genres of folk music. The presentation of jugalbandi and Vande Matram in between the performance won the hearts of the audience. More than 200 folk artistes were a part of this performance. The 40 musical instruments included Sarangi, Kamayacha, Pungi, Algoja, Nal, Dholki, Dholak, Dhapli, Tasha, Tunga and Dhoom of Maharashtra, Bhupang of Alwar, Khadtal, Morchung, Matka, Ghoomat of Goa, Punga of Manipur, Mosendo of Gujarat, among others.