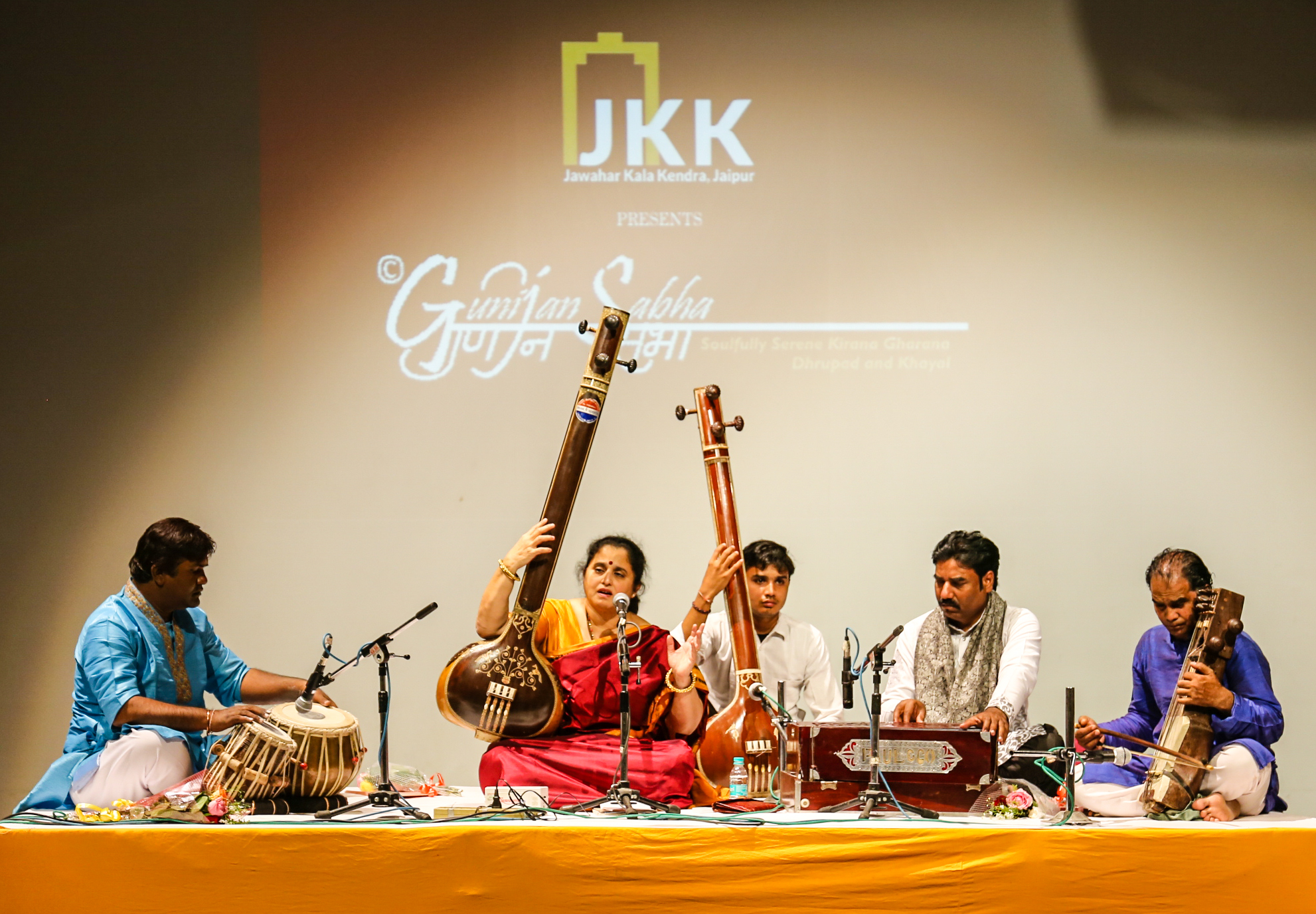 As a part of Gunijan Sabha

Vidushi Padmini Rao was accompanied by Mohammad Ahmad on Tabla, Sunil Rahi on Harmonium, Rafeek Ahmad on Sarangi and Ashish Kumar on Tanpura.