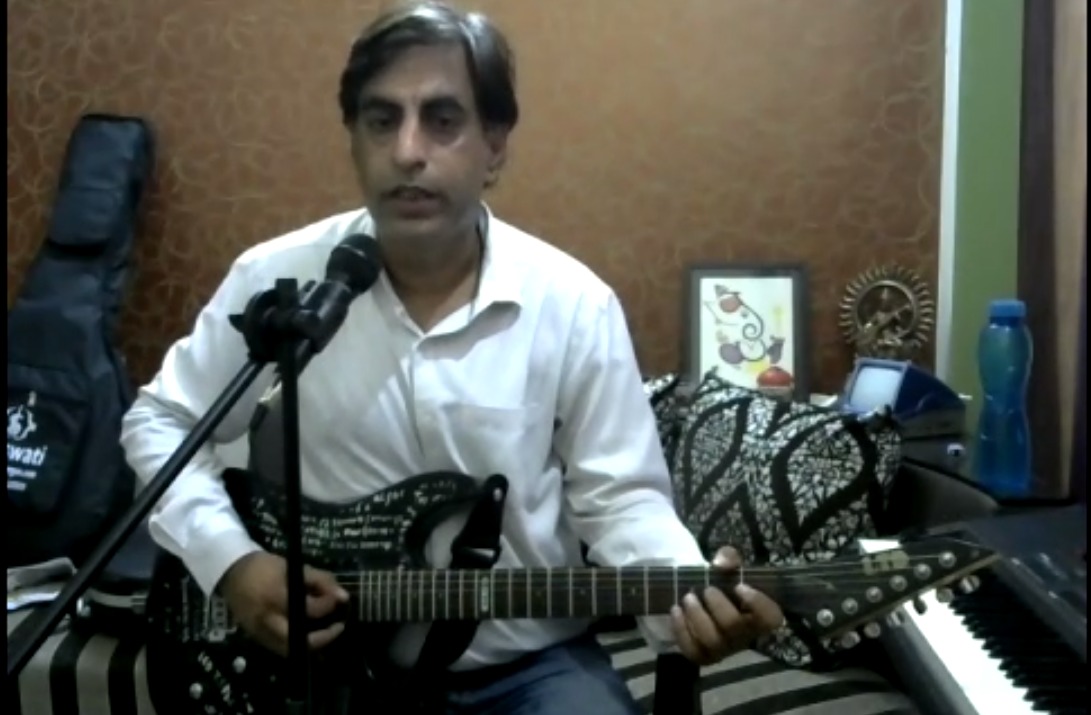 The session began with a thorough revision of the previous day’s lesson which included fundamentals of scales, major-minor scales, the relationship between scales and the different types of scales commonly played on the guitar as well as the ‘Interval System’. Following this, the artiste demonstrated ‘Bar Chords’ and ‘Open Chords’. He explained that a musician plays ‘bar chords’ by using one or more fingers to press down multiple strings across the fretboard of the guitar. Similarly, ‘Open Chords’ are chords that are played on unfretted strings of the guitar. Open chords contain one or more open strings. He also explained the chord making formula.

The session went on to demonstrate ‘Chord Shapes’. This included a demonstration of the most common chord shapes. The artiste explained that each of the shapes have simple variations one can explore and work into playing. This can be done by sometimes lifting a finger or adding a finger. Exploring and listening closely are key to learning chord shapes, he said. He concluded the session with a brief of various ‘Rhythm Patterns’ that can be played on the guitar and ‘Time Signatures’. Rhythm patterns, he said, are basically strumming techniques that a guitarist must follow while playing the guitar.