VIEWERS LEARN THE FUNDAMENTALS OF SCALES, OPEN CHORDS AND INTERVAL SYSTEM AT GUITAR SESSION AT JKK 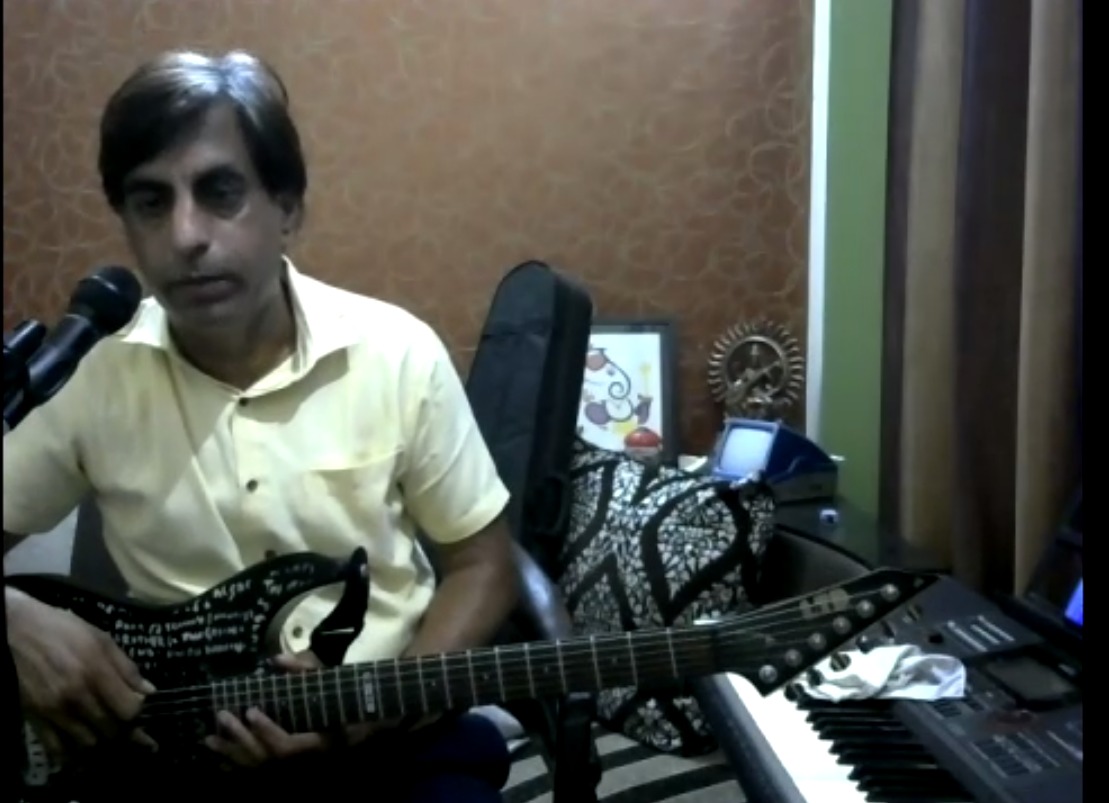 VIEWERS LEARN THE FUNDAMENTALS OF SCALES, OPEN CHORDS AND INTERVAL SYSTEM AT GUITAR SESSION AT JKK

As a part of the ongoing ‘Online Learning – Children’s Summer Festival’ being organised by Jawahar Kala Kendra (JKK), viewers witnessed the second day of the performing arts session on ‘Guitar’. It was conducted by guitarist, Mr. Pavan Goswami. During the session, the artiste revised the previous day’s teachings and further focused on major-minor scales, open chords, fundamentals of scales, interval system and much more.

The session began with a thorough revision of previous day’s lesson which included a brief of the guitar and its various parts, hand positions, wrist movement, body posture, notes and chords as well as building notes. The artiste then explained the fundamentals of scales. He also demonstrated the common positions to play these scales and explained some basic theory concepts in relation to scales. This was followed by an in-depth discussion on major-minor scales, the relationship between scales and the different types of scales commonly played on the guitar. Once one learns to play the scales, they need to regularly practice the scales and experiment with them to make the process more spontaneous, he said.

Similarly, the artiste also gave an introduction to ‘Open Chords’. He explained that these types of chords are played on an open string. He demonstrated the finger positioning to strum these chords using the pick. He went on to explain the ‘Interval System’ which is the space between two notes on the neck of the guitar. A beginner guitarist must establish a practice routine and follow it daily to become an advanced guitarist, he advised.