JKK CELEBRATES FOUNDATION DAY WITH A MELANGE OF EVENTS

HomePress ReleaseJKK CELEBRATES FOUNDATION DAY WITH A MELANGE OF EVENTS 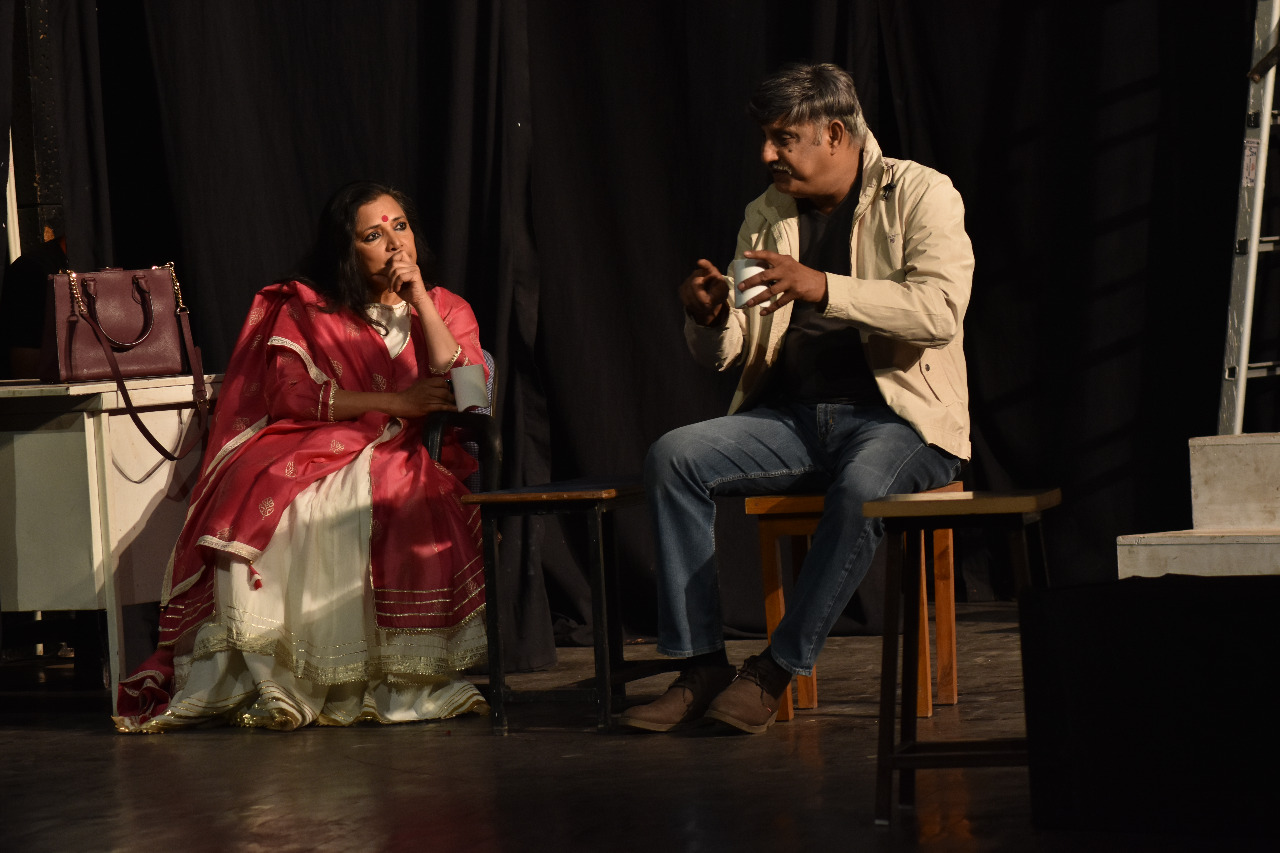 JKK CELEBRATES FOUNDATION DAY WITH A MELANGE OF EVENTS

On the occasion Minister of Art & Culture, Government of Rajasthan, Dr. B.D. Kalla said that the progress made by Jawahar Kala Kendra in the past 28 years has fulfilled the dreams of Jawahar Lal Nehru. JKK has been constructed to revive the memories of Nehru. Here, artists of all background have contributed beautifully in genres of folk art, painting, sculpting, and performing arts. This documentary will go a long way in presenting the art and culture of the State to an international audience.

Director General, JKK, Ms. Mugdha Sinha said that the documentary will help in artistic and cultural exchange with other States. It will also help position JKK as a brand internationally. The film is an attempt to showcase all the utilities of JKK. The entire team has worked especially hard to ensure that all the details of the Kendra are factually correct.

The celebrations began with an astrophotography workshop-cum-hands-practice at Krishnayan. The workshop was conducted by expert photographer, Mr. Anchit Natha. It was aimed at understanding the history, basics and theory behind low light and night sky photography. Participants learned how to capture star, star trails, the Milky Way, ethics of astrophotography, planning shoots, using mobile apps and much more. During the second half of the workshop, all the participants were taken to a night sky location with good star visibility and were taught how to set up their equipment and practice night sky photography.

Over 10 artists from various parts of the country worked with clay as a medium in a two-day Art Camp at JKK. The artists created original sculptures which were a reflection of their creative expression. All the sculptures prepared by the artists during the workshop were exhibited in the Alankar and Surdarshan Galleries. The participating artists were from Gujarat, Punjab, Delhi, Bihar, Udaipur and Jaipur.

The celebration concluded with the staging of the Hindi play, ‘Ek Actor ki Maut’ directed by Saurabh Srivastava at Rangayan. The play was originally written by Croatian author, Miro Gavran and was translated by Saurabh Srivastava into Hindi. It was presented by Gandharv Theatre under the aegis of Sahi Memorial Trust. The theatrical piece had 3 angles – a simple love story, seeking life’s vision amidst human struggles and the principles of theatre.

The plot followed two actors – Akshay and Ira both around 60 years old. Ira is a professional artiste whereas Akshay is an amateur. Ira faced numerous struggles in her personal and professional life. Akshay is a huge fan of Ira’s and has been following her career for 40 years. He invites Ira to do a play for a charity show in an old age home. During rehearsals, they share various aspects of their lives and gradually develop a habitual relationship. An unknown emotion is born between them.

BOX  ITEM: DOCUMENTARY ON JKK DEBUTS ON JKK’S FOUNDATION DAY TODAY
For the first time, a short documentary on Jawahar Kala Kendra was screened for the audience at Rangayan on the occasion of JKK Foundation Day, today. The documentary aimed to showcase the history of JKK, the significance of its architecture, its divisions, the team, previously organized events, and much more. It was an audio-visual treat for all the tourists, visitors and JKK lovers.