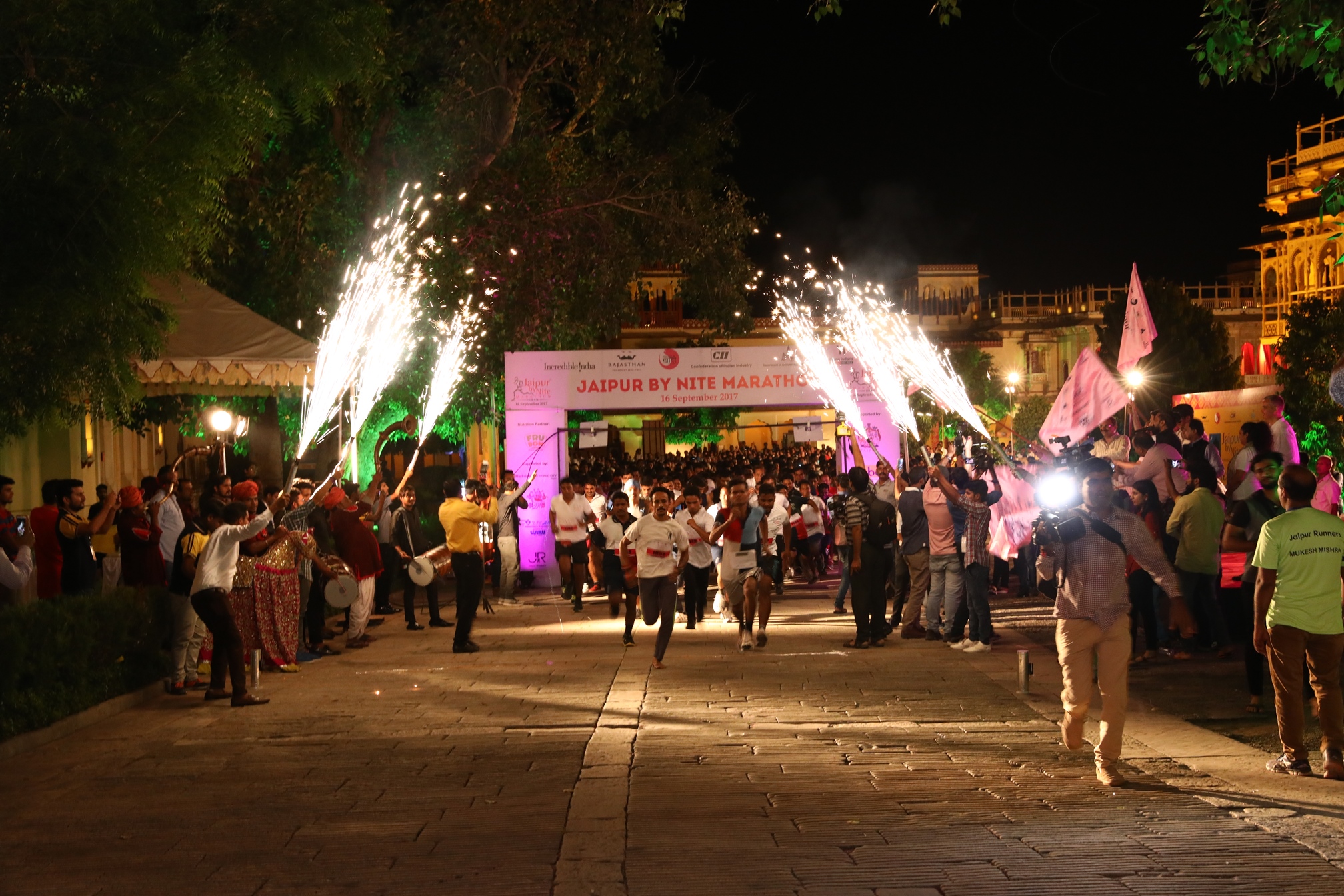 The 5th edition of the three-day cultural festival ‘Jaipur by Nite’ concluded on Saturday late night with a unique night marathon. Around 1500 runners participated in the marathon. It was flagged off by brand ambassador for the marathon Maharaja Padmanabh Singh of erstwhile Jaipur royal family at 10 pm.

The unique night marathon began from the City Palace. There were two categories – for 10 kms run (with timing chip) and for 5 kms (without timing chip). The route for the 10 kms run was from City Palace to Gandhi Circle on JLN Marg and back and that for the 5 kms run was from City Palace to SMS Hospital Gate No. 6 and back. The marathon, like last year, was a distinct activity and unique initiative wherein the participants joined from various parts of the country to witness and promote beauty and heritage of Pink City at night. Ambassadors of Fiji, Poland; three senior diplomats from Greece; diplomats from Kongo and Uganda as well as participants from Indore, Gurgaon, Mumbai and many other places took part. IAS officer Kuldeep Ranka and his wife Poornima Ranka participated in the 10 km marathon while Ashwani Bhagat and his wife participated in the 5 km run.