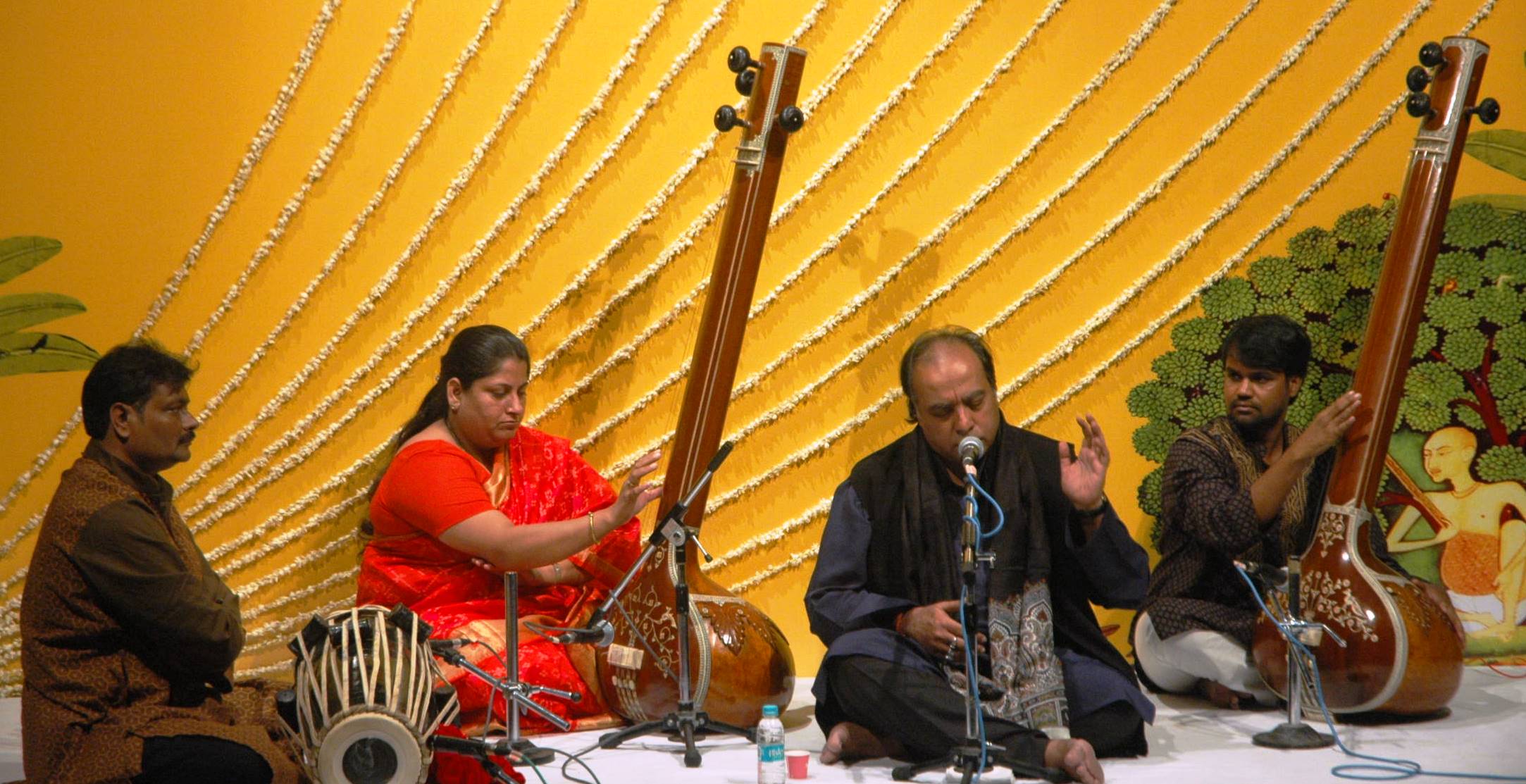 On the concluding day of the 3-day Hindustani classical music programme entitled ‘Dhruvpad’, the audience witnessed a myriad of Dhruvpad style performances. The evening began with a vocal recital by Pandit Ramkumar Mallick and his son, Shri Samit Mallick. The duo rendered ‘Raaga Kedar’ in ‘Chaar Charan Alap’ from the Kalyan Thaat. This Raaga has a lot of complex turns, which are brilliantly melodious. They also presented ‘Nibadh Dhurvpad’ in ‘Chaar Taal’ (4 beats). Later, they presented a ‘Dhamar’ (Taal) in ‘Raaga Rageshree’ from the Khamaj Thaat. The duo was accompanied by Pt. Mrinal Upadhyaya on the Pakhawaj.

Following this a Pakhawaj Recital was presented by Pt. Mohan Shyam Sharma. The recital was rendered as per the playing style of the ‘Nathdwara Parampara’. Pt. Mohan began with ‘Ganesh Paran’ in Taal Chautal and followed with ‘Shivstuti’, ‘Durgastuti’, ‘Paran’, ‘Pushpamala’ and ‘Rela Tihai’. He was accompanied by Pt. Ghanshyam Sisodia on Sarangi and Shri Tushar Gharat on Pakhawaj.

The evening concluded with a mesmerizing performance of ‘Dagarvani Dhruvpad’ by Padma Shri Ustad F. Wasifuddin Dagar. He presented ‘Raaga Chandrakauns’ which is a special raaga in ‘Dagar Wani’. He went on to perform ‘He Govind He Gopala’ in ‘Raag Bageshwari’ (10 beats). Following this he also rendered ‘Naar Chali Awat’ in Dhamar (14 beats). He was accompanied by Dr. Praveen Kumar Arya on Pakhawaj.