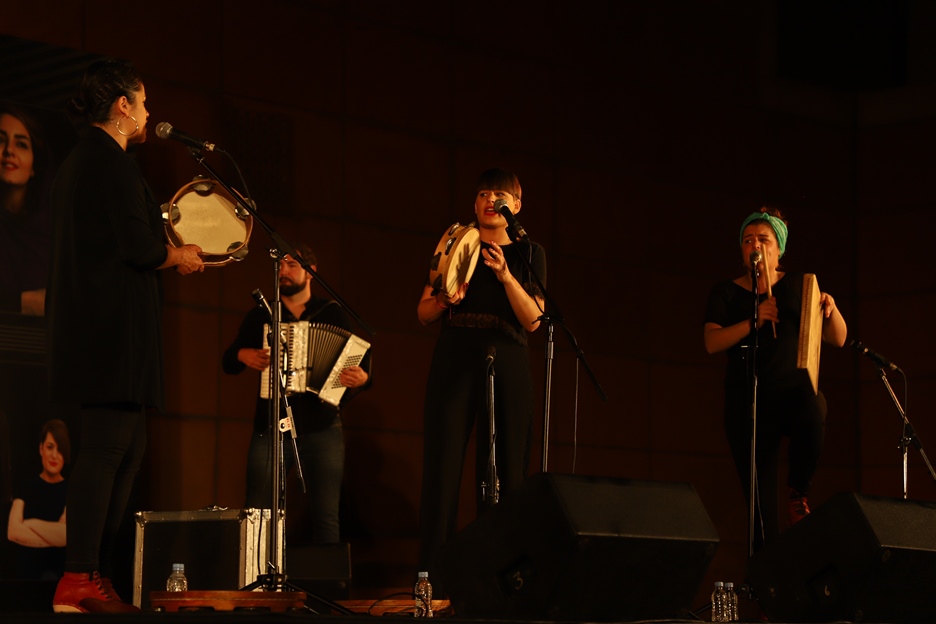 The 3-day music festival ‘The Music Stage’ kicked off at the Jawahar Kala Kendra (JKK). The festival included performances by international and national artistes of Jodhpur RIFF 2018 along with the Rajasthani folk artistes.

The day 1 witnessed a fusion of folk music from Spain by the Tanxugueiras along with renditions by the Manganiyar and Langaa music communities of Rajasthan. The Tanxugueiras opened the concert with a number of feet-tapping compositions in Spanish. Their compositions were based on the tradition of oral transmissions with spontaneity and a touch of style of Galician music. It was then followed by ‘jugalbandi’ with the Rajasthani folk artistes who also performed various popular folk compositions like Bikaner, Bedhlo, Mehndi, which beautifully gelled with the Spanish compositions like Glasgow, Bembimbre, Cuba, among others. The artistes in Tanxugueiras included Sabela Maneiro, Olaia Maneiro and Aida Tarrio. The Rajasthani folk artistes were Sardar Khan Langa and Asin Khan Langa on Vocals and Sarangi, Jakir Khan Langa on Khartal and Dane Khan Manganiyar on Dholak.

It is to be noted that on day 2 of ‘The Music Stage’ (2 November), Bush Gothic from Australia and Makan Ashgvari from Iran will be rendering performances. The concert will be held from 6:30 pm onwards in Madhywarti. The entry is through tickets which can be obtained from JKK’s reception.