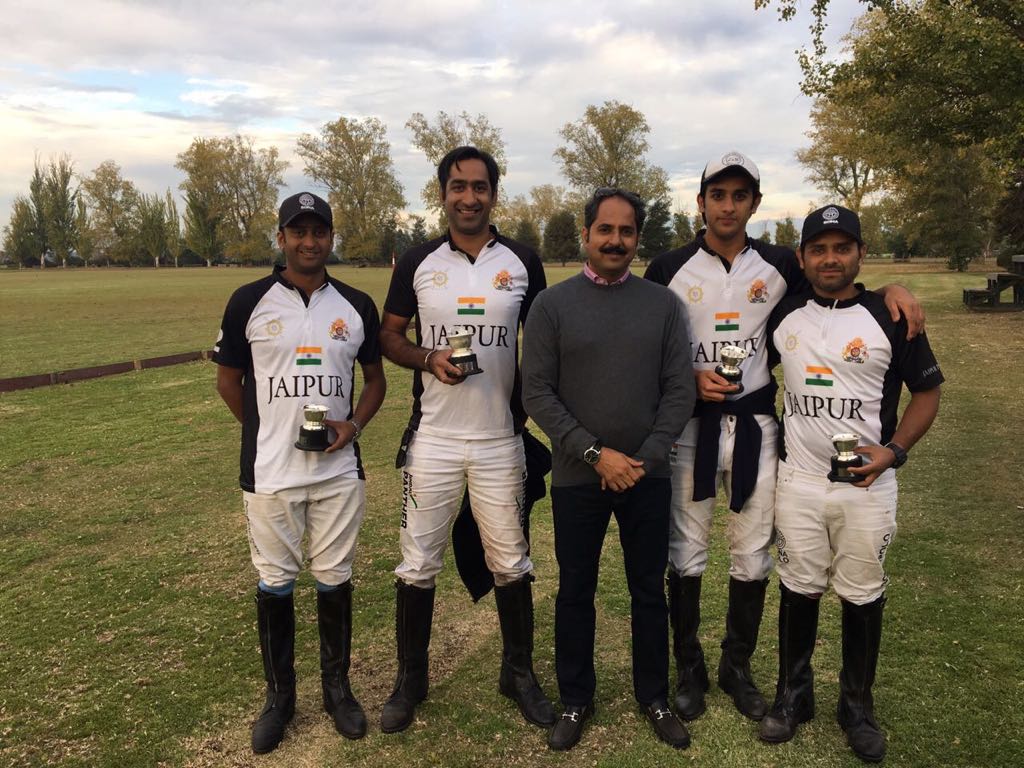 The Jaipur Indian Polo team captained by Maharaja Padmanabh Singh played their first game today at Curico Polo Club in Chile against Chilean national team. The team won by a score of 4-3. Abhimanyu Pathak scored two goals while Simran and Maharaja Padmanabh scored one goal each.

The Jaipur Indian Polo team will be playing its second game tomorrow at Las Mercedes Polo Club. The team has been been accompanied by Federation of International Polo (FIP) Ambassador of India Maharaj Narendra Singh.