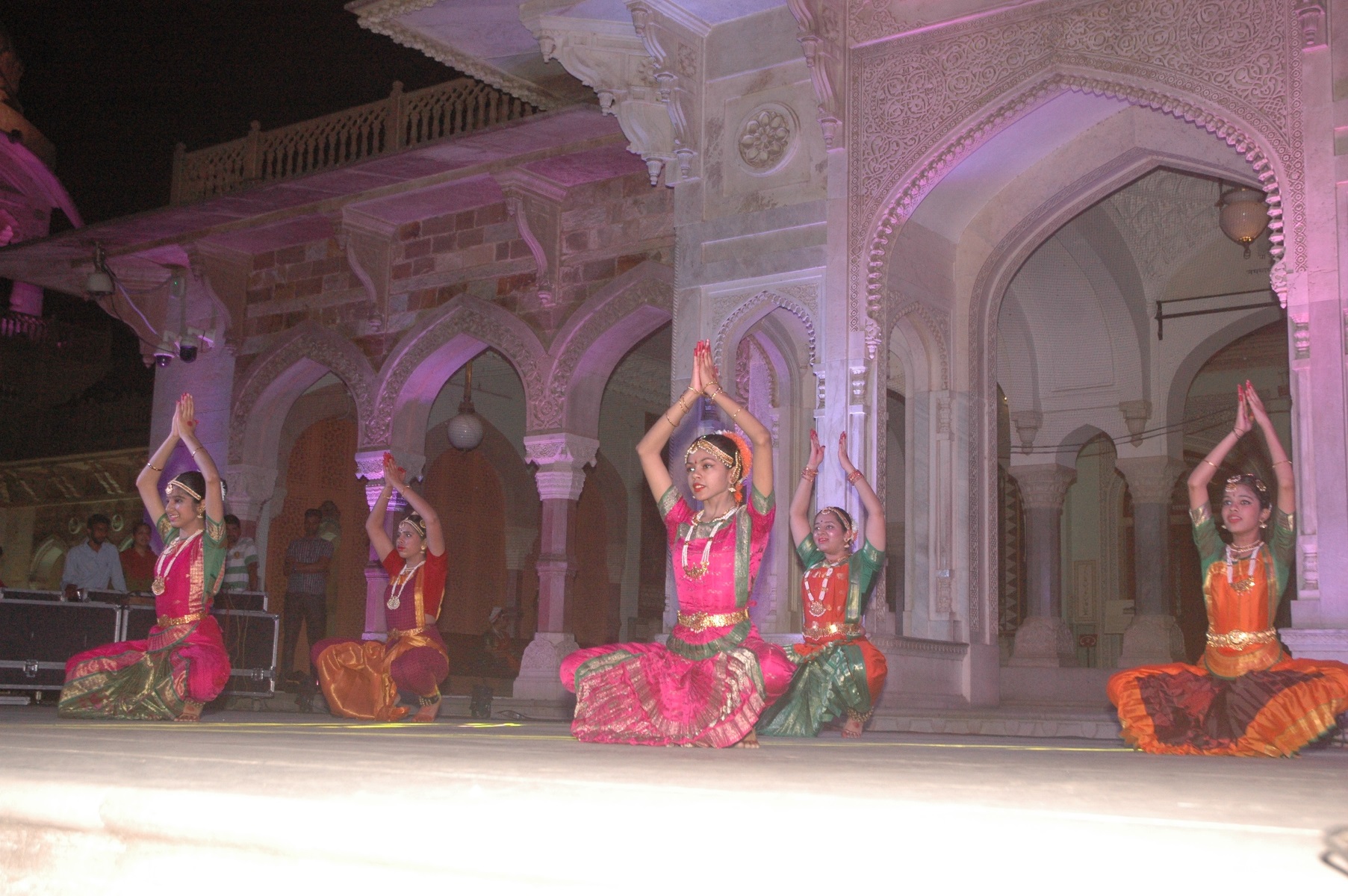 Like every year on the occasion of World Heritage Day, the entry for foreign and domestic tourists was free at all the Rajasthan Government’s museums and monuments across the State by the Department of Archaeology and Museums.

On the occasion the tourists arriving at the Albert Hall Museum were welcomed in a traditional way with flowers and putting on ‘Tilak’. Candies were also distributed amongst the children. In evening, a Bharatnatyam dance performance was organized here by the Department in association with Aagikum organization. Today’s performance was based on  Alaripu, Jateshwaram, Shabdam, Kirtnam, Kovatam, Tillana and Padam. As many as 60 dancers performed under the direction of Guru Nikita Mudgal. Visitors and tourists were enthralled to watch the performance. Bharatnatyam is a 2000-year old cultural dance from Tanjore in Tamil Nadu which is performed in praise of the Goddess.

Similarly at Hawamahal monument a ‘Rangoli’ was made at the main entrance. Tourists were welcomed by putting traditional Rajasthani ‘Tilak’ along with Shehnai Vaadan. They were given message of monument conservation and cleanliness. Other than this, the blind children of Rajasthan Netraheen Kalyan Sangh from Gangori Bazaar mesmerized the tourists with their cultural performance on cleanliness and patriotism.