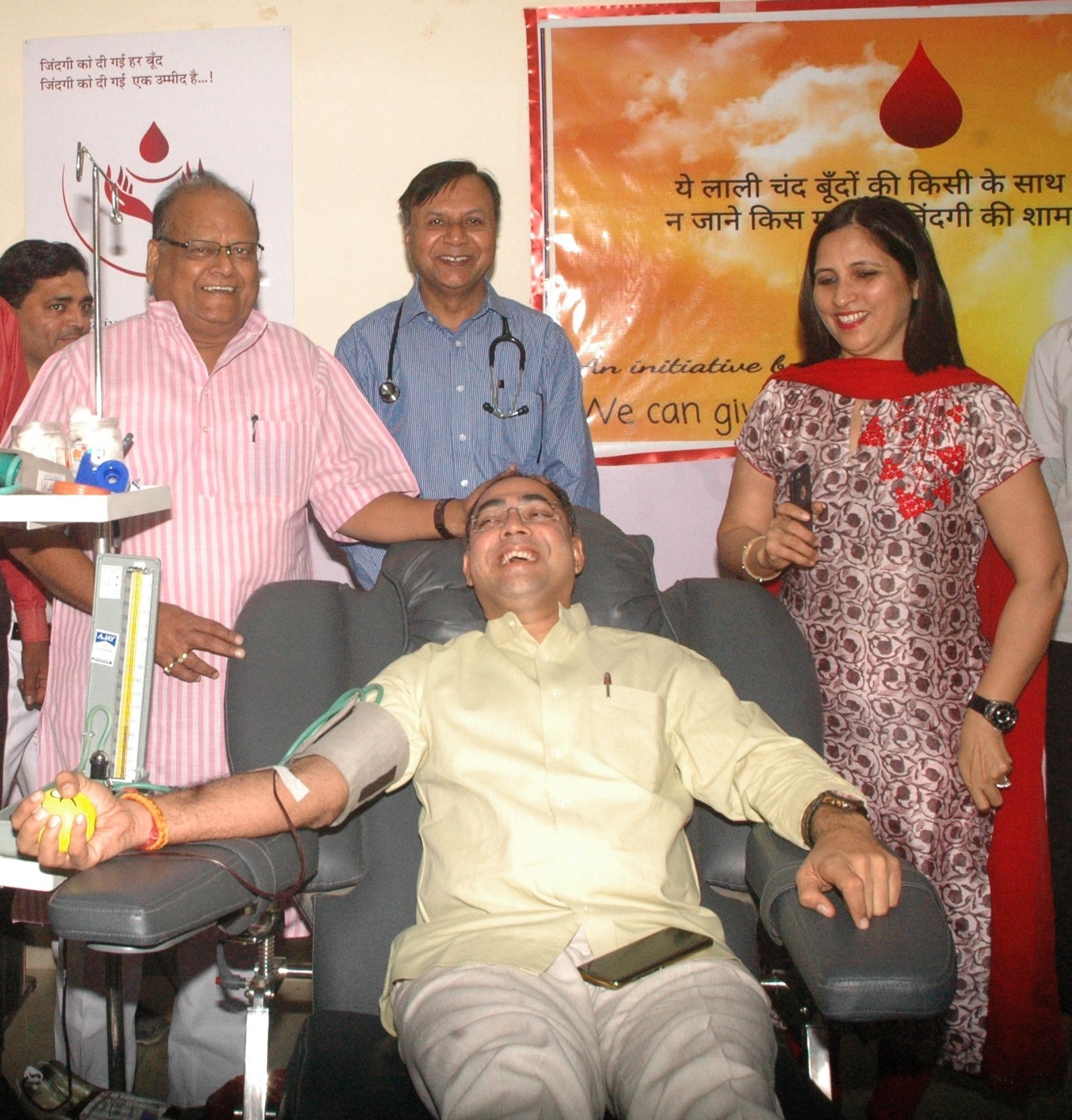 Rajasthan Health Minister, Kalicharan Saraf inaugurated the voluntary 2nd annual Blood Donation Camp which was organized by‘We Can Give Them Hope’ in association with Jaipuria Hospital on November 10, 2017. Additional Chief Secretary, Mr Rajeeva Swarup was the Guest of Honor. Total 100 units of blood was collected.

Medical Superintendent, Jaipuria Hospital, Dr. Rekha Singh, and spokesperson of ‘We Can Give Them Hope’ said during summer and especially the dengue season there is a huge scarcity of blood. We want to contribute for the noble cause. Like the last year, this year too we had a good number of participation of   IAS & IPS officers who actively and voluntarily donated blood.  This organization is run by the wives of nine IAS & IPS officers and it works for the underprivileged.

The purpose of this camp was to create awareness of blood donation among the masses said, Ms. Neeru Jain wife of the Chief Secretary, Mr. Ashok Jain. She is also a member of the organisation. ‘‘We are all working towards a noble cause’’, she said.