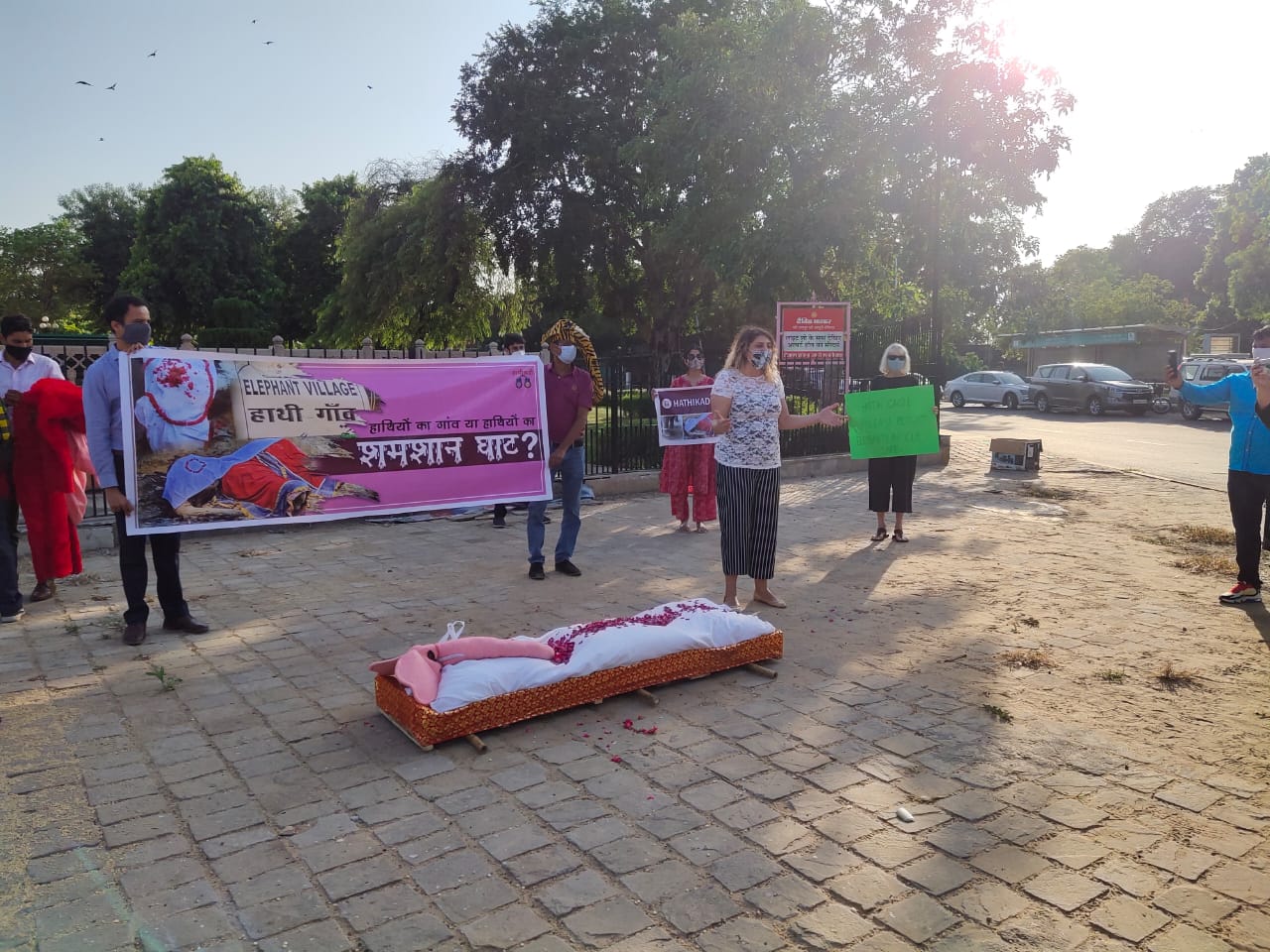 After the news of 4 elephants that died in Hathi Gaon, Jaipur came to light, activists and local organisations lead by Help in Suffering and Angel Eyes organised a nationwide digital movement for the plight of the elephants. The movement witnessed a peaceful protest at Albert Hall which was followed by a candlelight vigil and 2-minute silence observed for the fallen elephants at the Amer Fort in the evening. Both events were featured on the ‘Hathikadi’ Instagram page. The protest also took form digitally as a day-long tweet-a-thon and live interviews.

Live Interviews on Facebook
A series of live interviews were held on the Instagram page of ‘Hathikadi’.  Animal rights activists, lawyers and elephant lovers came together to discuss the concerning condition of the elephants in Hathi Gaon. The interviews were moderated by Co-organiser, Help in Suffering, Ms. Mariam Abuhaideri.

Managing Trustee, Help in Suffering, Ms. Timmie Kumar said that elephants should not be living in a Gaon (village) they should be living in the wild. Citizens need to come together and protest the condition of the elephants. Elephants should not be kept in zoos or be entertaining us in circuses or participating in wedding ceremonies or offering tourists’ rides. Elephants are such gentle animals, people need to be kind and nice to these animals, let them be in their environment and live in peace, she said.

Co-founder Trustee, Compassion Unlimited Plus Action (CUPA) & Wildlife Rescue & Rehabilitation Centre (WRRC), Ms. Suparna Ganguly, said that training and taming of elephants by torturing them is shockingly considered very normal. Elephants have played an important role throughout Indian history. They are wild animals and are not supposed to be treated like domestic animals. They are not meant to be tamed. Many elephants are unable to take this mental pressure and end up being termed, wild, unruly or nasty.

Talking about how elephants are captured and trained, Animal Rights Lawyer, Mr. Alok Hisarwala Gupta said that mostly in the interior forests of Assam, captors will look for a baby elephant who has been separated from the herd and capture it. The elephant is then trained by being beaten unceremoniously till it realizes that it is subservient to the Mahout (elephant caretaker).

Rajasthan High Court Advocate, Mr. Gopal Singh Bareth said that a Public Interest Litigation (PIL) was filed for the conservation and protection of the elephants in Hathi Gaon. Many elephants there have been found to be suffering from Tuberculosis, bruising foot pads, mental and emotional distress, blindness, etc. The elephants need to be provided proper medical care, the right diet, water facilities and natural habitat.