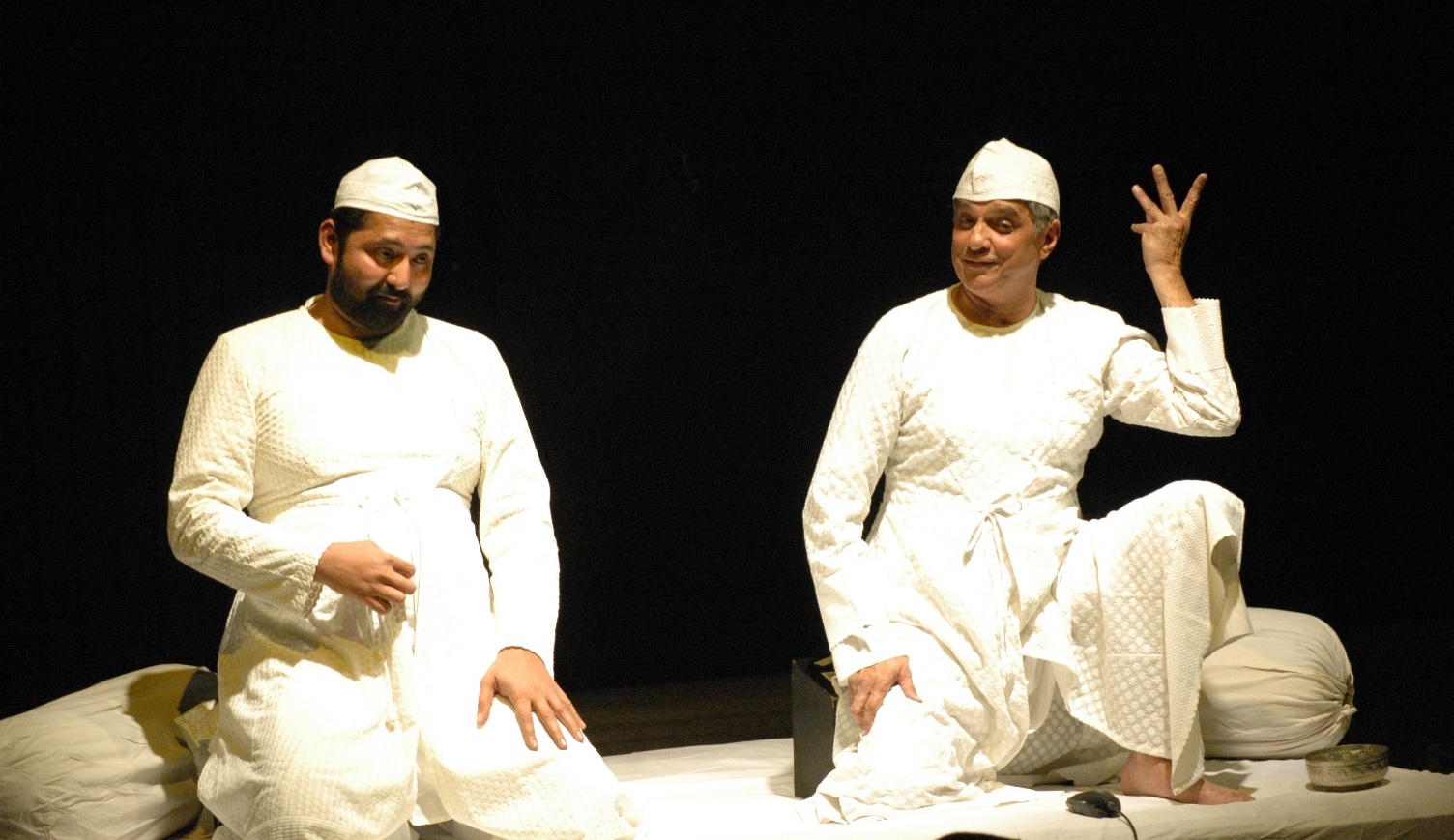 A storytelling event (Dastangoi) was been organized at Jawahar Kala Kendra (JKK) on 14 December. Storytellers (‘Dastangos’) Sunil Mehra and Askari Naqvi performed at the event. The duo narrated short stories of the famous Urdu writer, Ismat Chughtai. The stories revolved around the theme of marriage, fidelity and sexual liberation.

Artistes presented two bittersweet stories – Gharwali and Mughal Baccha. The tales centered around two irrepressible women who refused to be tamed or controlled. ‘Mughal Baccha’ is a humorous yet heartrending story of Gori Bibi and Kaale Mian whose marriage could never be consummated. The plot showcases the plight of a woman trapped in a marriage which is a constant power play of who is superior and who is inferior.

In the story ‘Gharvali’, Lajjo is the protagonist who comes to work as a maid in Mirza’s house. She conquers the household and then his heart. The two get married but the marriage doesn’t work out because of Lajjo’s frivolous and free-spirited nature. Eventually, Lajjo understand Mirza’s love which is not to be paid for by sexual favours. Mirza alone considers her his own and lays claim on her.

Telling about why he chose these two stories for ‘Dastangoi’, Mr. Mehra said that in the prevailing society majority wars are fought over the women. They are treated like sexual and physical objects to satisfy bodily pleasures. As a writer it is important the stories which are told, hold up a mirror to the hypocrisy of the society.