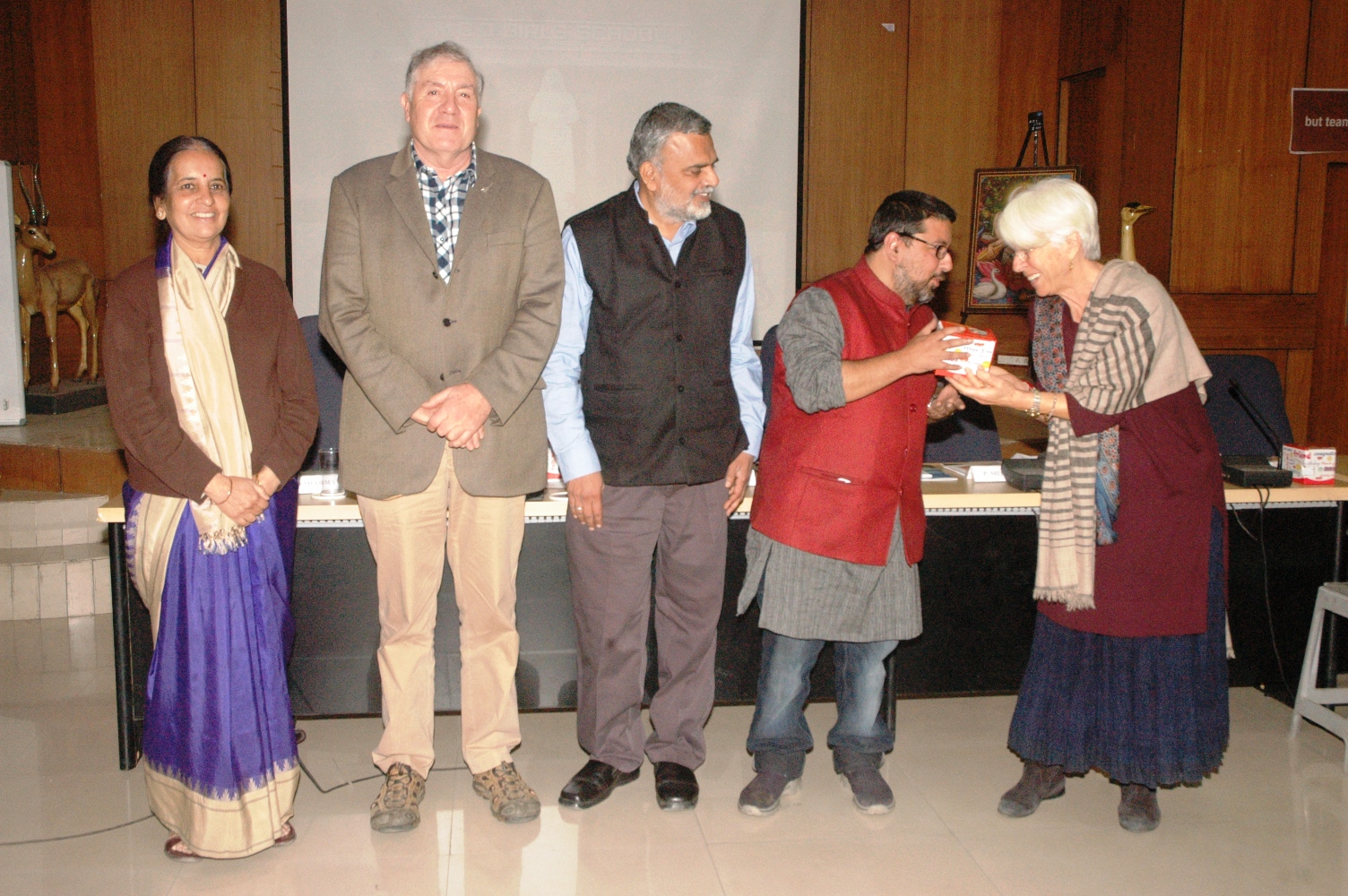 Jaipur, 7 February: The 20th edition of the Indian Birdfair which, begins on 9 February at Man Sagar in Jaipur had a curtain raiser workshop today at the Forest Training Institute. The birdfair has been organised by the Tourism and Wildlife Society of India (TWSI).

The workshop began with a presentation by the Co-Founder of the British Birdfair, Mr. Tim Appleton. He said the Birdfair provide a platform for people from all over the world to meet and share their wildlife experiences. Such events bring bird enthusiasts together, which also act as a shop window for the commercial side of bird watching and support conservation projects.

He also threw light on the British Birdfair which was started by him in 1989. Today, this fair attracts as many as 22,000 footfalls over a period of three days. The event has been made successful through the hard work of volunteers and a whopping number of 386 organizations from 80 different countries had set up 508 stand units at the venue.

Additional Principal Chief Conservator of Forests and Chief Wildlife Warden, Dr. GV Reddy expressed his concern over the Ramgarh Wetlands which had gone dry. Sambhar Lake too was witnessing depletion of water. He expressed satisfaction over the bird fairs which had been organised at Udaipur, Dungarpur and Karauli. A bird fair was also being planned for Jhalawar. Increasingly more people were being trained for providing bird related information during the bird fairs. The Jaipur Birdfair had played, in the past two decades, a pivotal role in creating awareness on bird conservation.

Theatre actor, Parnab Mukherjee presented a one-man physical theatre called Hamlet of the Sparrow. The play which is a tribute to Shakespeare as well as the birds has had 28 shows. It satirically depicts the fast disappearance and extinction of the wildlife in our country.

Students of MGD Girls’ School gave a presentation on the initiative undertaken by their school’s Nature Club, to save the sparrows. They spoke about their research into the current sparrow demographics and how their classrooms were converted into sparrow laboratories. A book brought out by the school, ‘House Sparrow Conservation- An International Appeal’ was also released on the occasion.

The Honorary Secretary of TWSI, Mr. Harsh Vardhan said how the Man Sagar Lake had undergone a metamorphosis over the years – from a stinking water body to the present clean condition now.

A publication has also been brought out to highlight the 20th Indian Birding Fair. All speakers and participants were presented with a token of appreciation.