DESERT FESTIVAL IN JAISALMER FROM TOMORROW 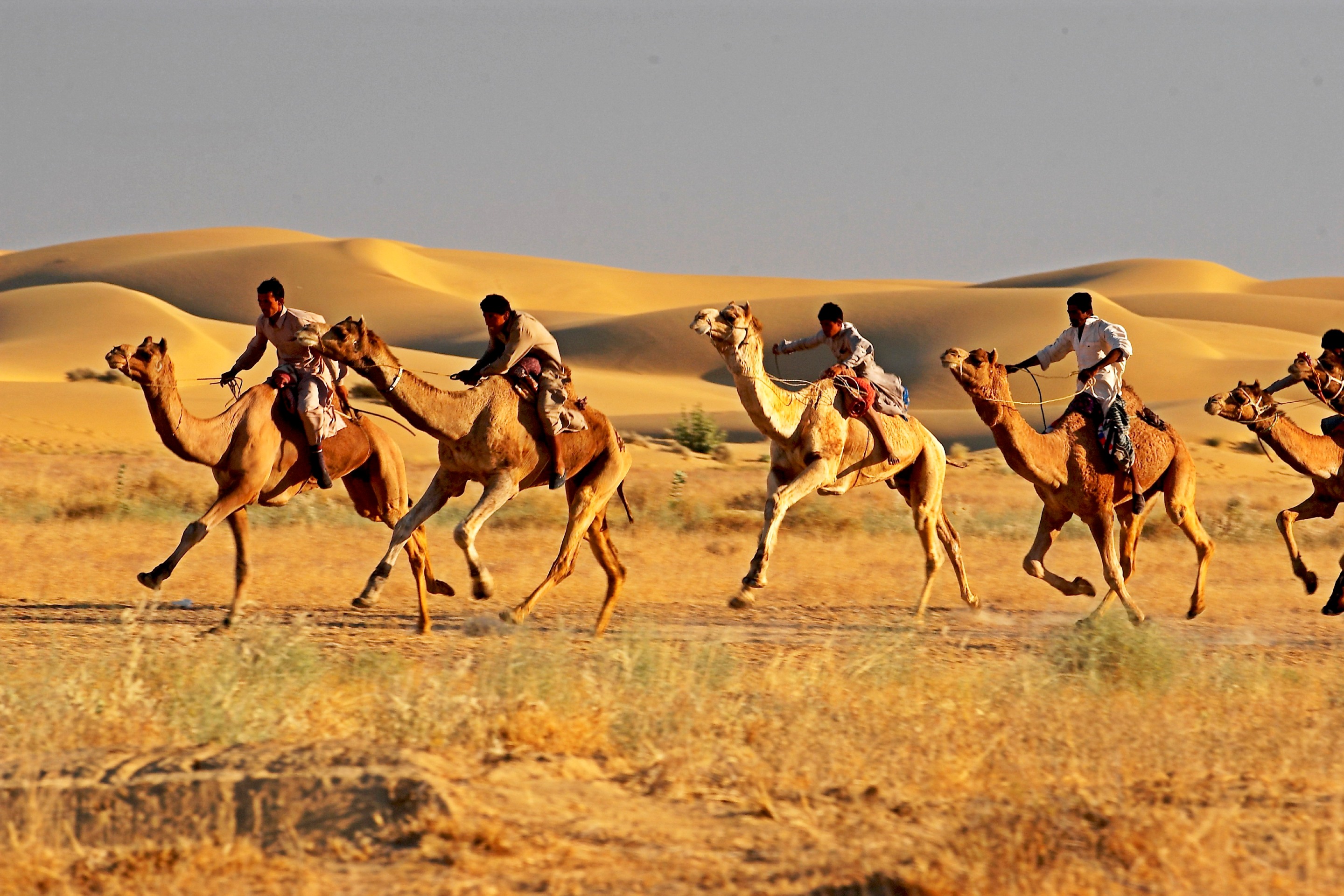 DESERT FESTIVAL IN JAISALMER FROM TOMORROW

Jaipur, 7 February: The annual Desert Festival will be held in Jaisalmer from 8 to 10 February. As in the past years the empty sands around Jaisalmer come alive with mesmerizing performances. The festival has been organized by the Department of Tourism and the District Administration, Jaisalmer.

On 8 February, the festival will begin with a ceremonial procession (9 am to 10.30 am) from Gadisar Lake to Shahid Poonam Singh Stadium. Thereafter, there will be the inauguration of the Desert Festival beginning with the Ghoomar dance. This will be followed by a series of competitions like turban tying, Mr. Desert, Miss Moomal, Moomal Mahendra, Moustache, among others from 11 am to 2 pm. Later in the evening there will be a cultural programme of folk music and dance at Shahid Poonam Singh Stadium from 7 pm to 9 pm.

On 9 February, there will be competitions from 9 am to 1.30 pm at Dedansar Stadium. These competitions will include Camel Decoration, Shah-E-Marudhara, Tug-of-War (Indian V/s Foreigner), Women Wrestling, Camel Polo Match, Panihari Matka Race. There will also be Air Warrior Drill by Indian Air Force and Camel Tattoo Show by Border Security Force. Later in the evening there will be a cultural programme of folk music and dance at Shahid Poonam Singh Stadium from 7 pm to 9 pm.

On 10 February, there will be the showcasing of village life for tourists at Kuldhara deserted  village (from 10 am to 12 noon). This will be followed by the Camel Race at Sam Sand Dunes from 3 pm to 4 pm). Later in the evening at the same venue there will be a cultural programme of folk music and dance as well as fireworks display from 6 pm to 8 pm.