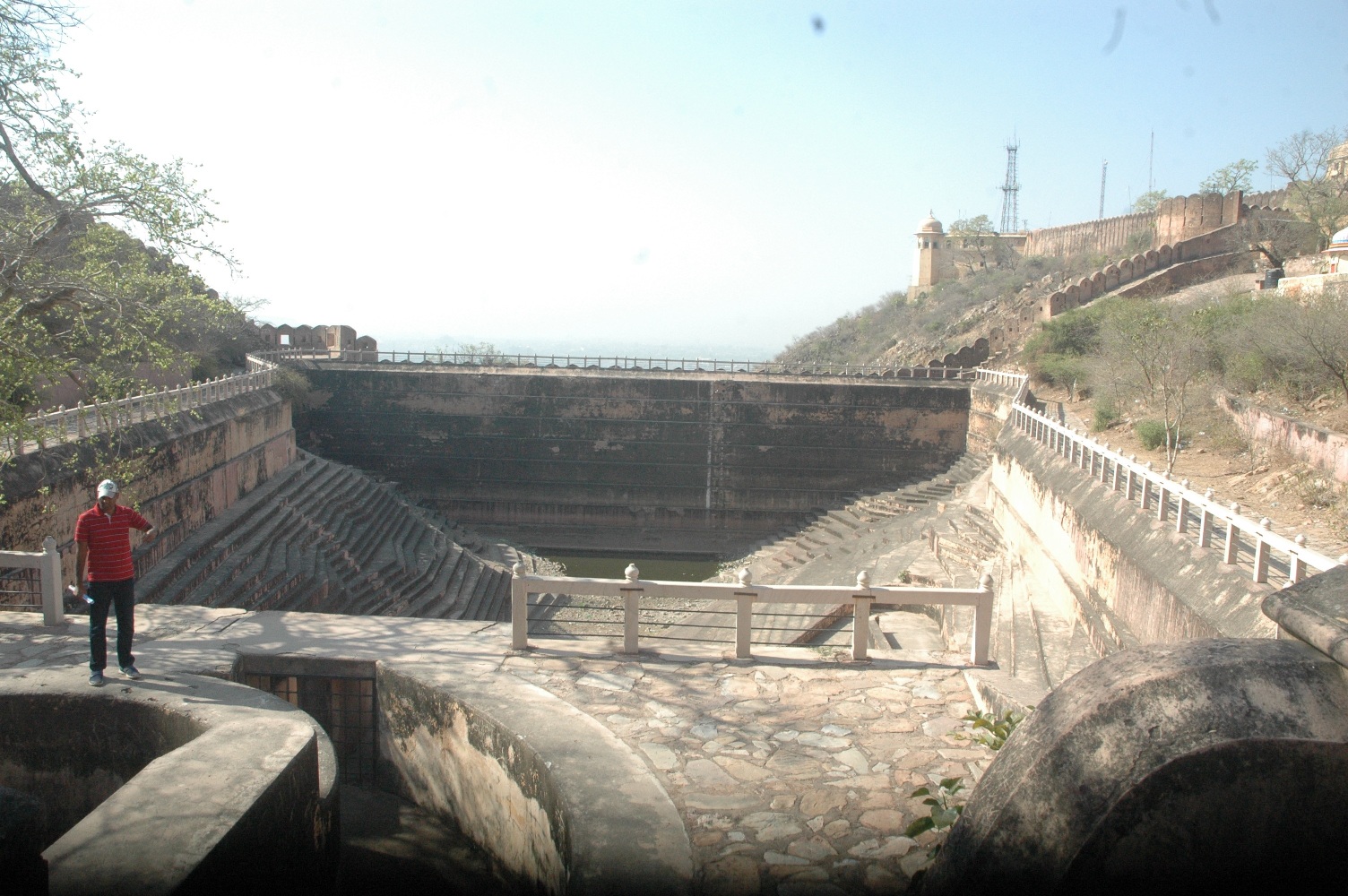 A Heritage Water Walk was conducted at the Nahargarh Fort. The walk was organized by the Department of Archaeology & Museums, Government of Rajasthan. It was conducted by Mr. Neeraj Doshi of Rain Water (Research, Advocacy & Innovation in Water).

During the 2-hour walk Mr. Doshi informed that the story of Nahargarh Water harvesting structures is also the story of ingenuity of Rajasthan society to innovate for all its needs. Built In 1734 during the reign of Sawai Jai Singh (1698-1740), the extensive water systems of Nahargarh is one of the most significant features of the fort, he said.

The water catchment for Nahargarh extends to about 6 kms surrounding the fort. A network of six closed catchments connect through small canals and aqueducts and drains are laid in and outside the fort. Small canals bring rainwater from the higher reaches of the hills. The bed of these canals is designed in such a way that it is on a gradient and also at the same time has an undulating course. Nahargarh has two large step wells (Bawri) and a smaller step well known as ‘Kund’. The large step wells receive water from the catchment in the surrounding hills. The ‘Kund’ receives rainwater harvested from the fort complex alone.

The Director of Archaeology & Museums, Government of Rajasthan, Mr. Hridesh Sharma informed that the 2-hour water walk at Nahargarh has been designed to understand the sacredness of water in Rajasthani culture and the wisdom of our ancestors. It uncovers the stories hidden in the majestic fort of Nahargarh while enjoying a walk in jungle or witnessing the majestic grandeur of the fort.