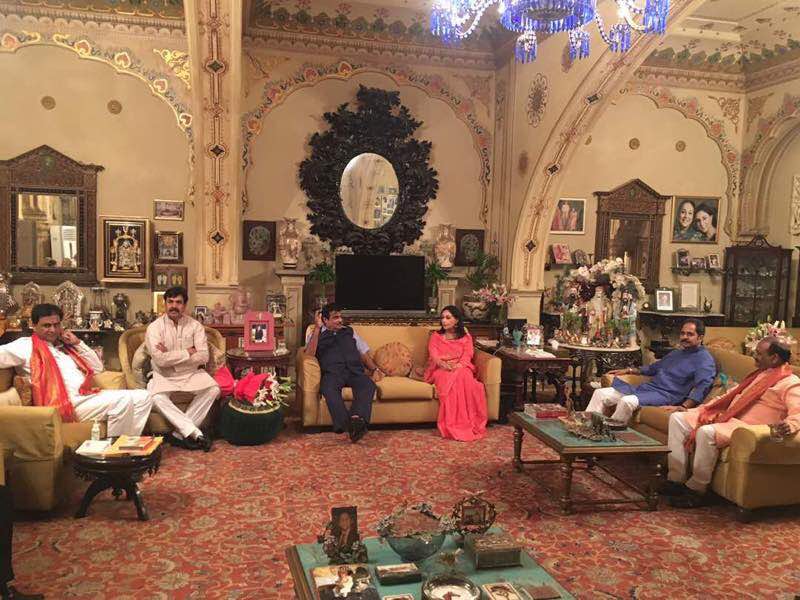 Jaipur, 19 April: The Union Minister for Road Transport and Highways, Mr. Nitin Gadkari was in Jaipur this Tuesday to attend a wedding and met the MLA of Sawai Madhopur, Princess Diya Kumari at City Palace.Minister for PWD, Mr. Yunus Khan and Minister for Urban Development and Housing; Mr. Shrichand Kriplani; Member of Parliament Kota, Mr. Om Birla and Mr. Narendra Singh of the royal family were also present. The MLA in this meeting discussed the issues faced in Sawai Madhopur Vidhan Sabha region.