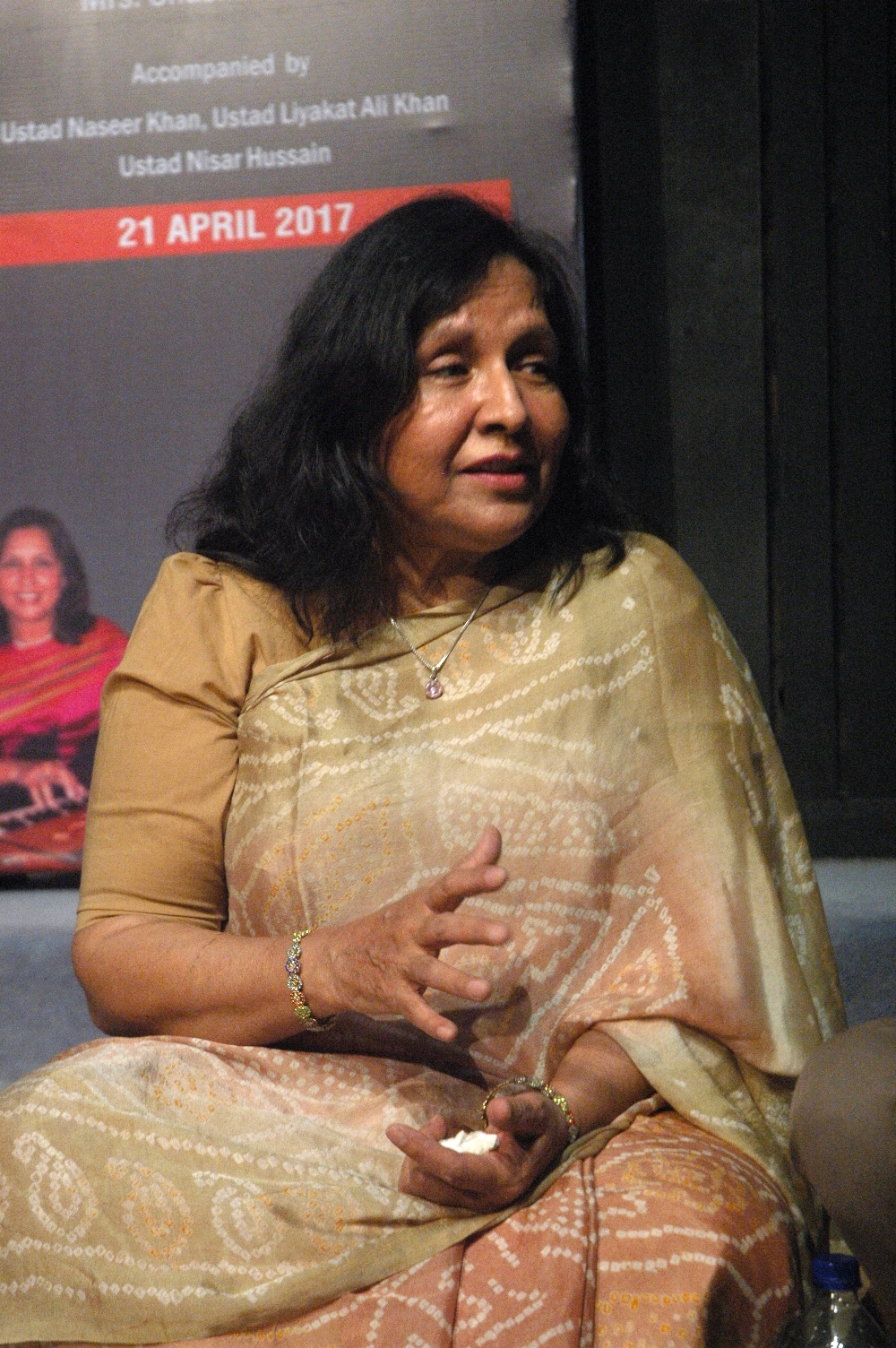 Jaipur, 19 April: Ghazal Singer, Shashi Lata Virk of Kirana Gharana in a media interaction today said that even though modern music is changing with western influence, Ghazals are making a comeback. Many renowned record labels are approaching classical musicians with the intention of producing albums with them.

Speaking of her childhood, she said that she considers Lata Mangeshkar as her first Guru because she grew up singing her songs. Later, she began her training with Abdul Qadeer Khan Sahab and found her niche in singing Ghazals. She believes that spiritually there is only one Gharana – ‘Pavitra Gharana’. She said that music is universal — it can be translated into many languages but in the end it remains the sound of God.

While living in Canada, Virk found that many foreigners are willing to learn Ghazal singing and take immense interest in acquiring the knowledge of classical music. She believes that musical reality shows like Sare Ga Ma Pa, Indian Idol etc. have been a great influence in this regard.

Virk has released 3 albums – Sajna Di Yaad, Wafa, Ehsas-E-Rooh and most of her songs are self-composed.

Shashi Lata Virk will be performing at ‘Maad & Gazal Gayan’ with classical singer, Rehana Mirza on 21 April at 6.30 pm at Krishnayan in Jawahar Kala Kendra.