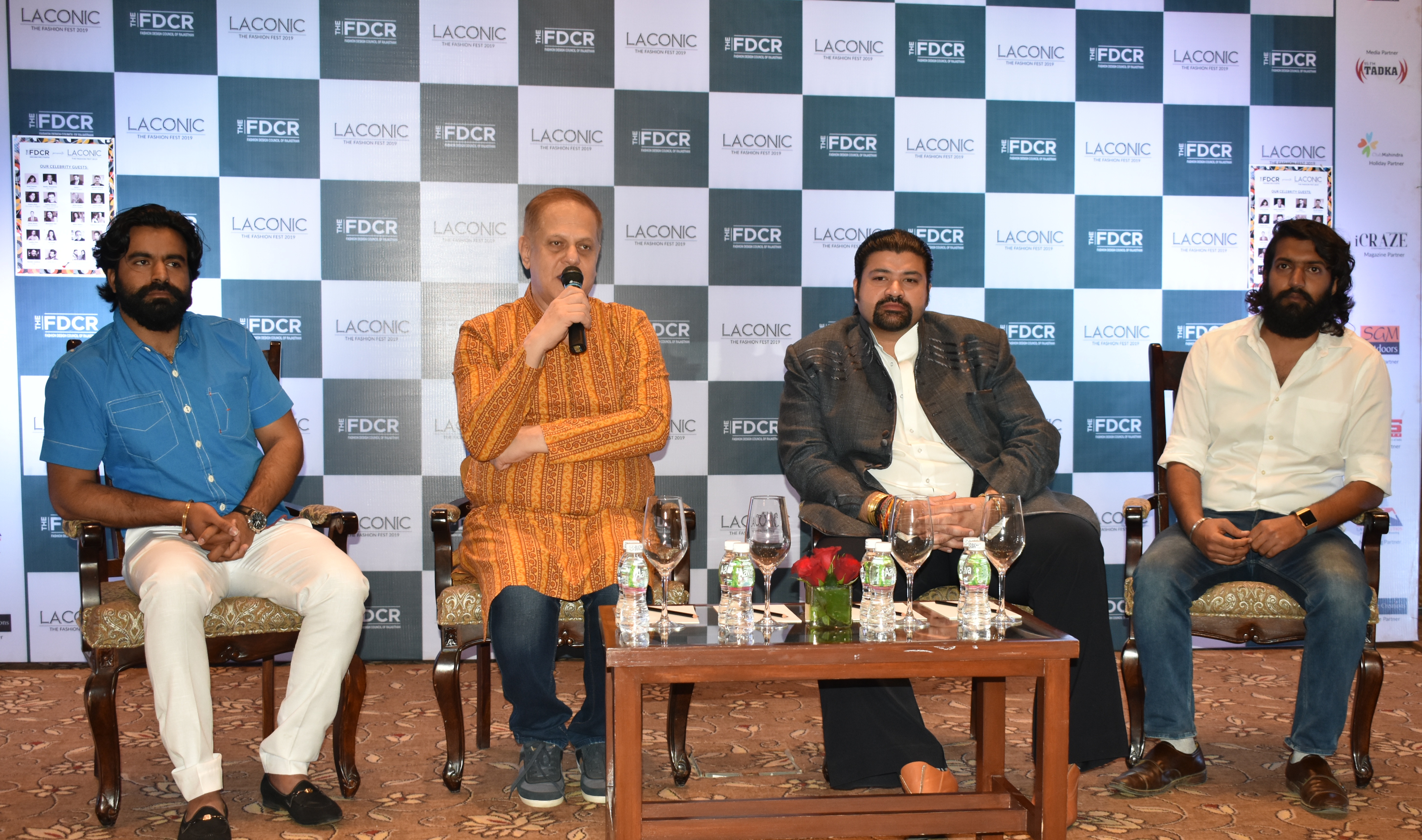 The first ever ‘LACONIC 2019’, the Fashion Festival of Jaipur will be held on 2 and 3 March at Jawahar Kala Kendra (JKK). The 2-day fashion festival will host eminent personalities from the industry like film director, Madhur Bhandarkar; fashion photographer, Daboo Ratnani; fashion model, Sonal Chauhan; fashion designers, Krishna Mehta and Wendell Rodricks, among others. The festival will be inaugurated on 2 March at 10 am. The closing ceremony on 3 March will feature a Couture Show which will open with renowned fashion designers, Arjun Kapoor and Anjalee Kapoor. Other prominent designers like – Babita Malkani, Rocky S, James Ferreira, and others will also be a part of the show. This was informed by fashion consultant, Mr. Aslam Khan. He was addressing the press conference for the forthcoming ‘Laconic 2019’ at Taj Jai Mahal Palace . ‘LACONIC 2019’ is being organised by Fashion Design Council of Rajasthan (FDCR).

Director of FDCR, Mr. Nishant Bhagwati said that the festival aimed at meeting the leaders of the fashion industry wherein the visitors will be able to interact with the stalwarts and influencers during the symposium. This festival will be an annual feature. The evenings will witness mesmerising musical performances by bands like Rubaru, Swagisthan, Josh Crooner Live, among others.

President & Founder of FDCR, Mr. Puneet Khatri said that the festival will feature 6 talk sessions daily with eminent fashion personalities who will share their life journey, inspirations, aspirations and much more. There will also be photography and makeup workshops. The festival will be attended by fashionistas, fashion influencers, designers, photographers, artisans, educators and learners.

Secretary of FDCR, Mr. Akash Chhabra said that FDCR has associated with more than 18 colleges of Jaipur, the students of which will greatly benefit from the ‘Educational Sessions’ planned for the festival. The aim of ‘Laconic’ is to associate education with fashion to create a platform for learning, knowledge sharing and networking for those keen on joining the fashion industry in the future. ‘Laconic’ literally means when many things can be said in a few words. The name is apt for the festival because it will feature workshops, talk sessions, exhibition, knowledge sharing, band performances, fashion show and much more.