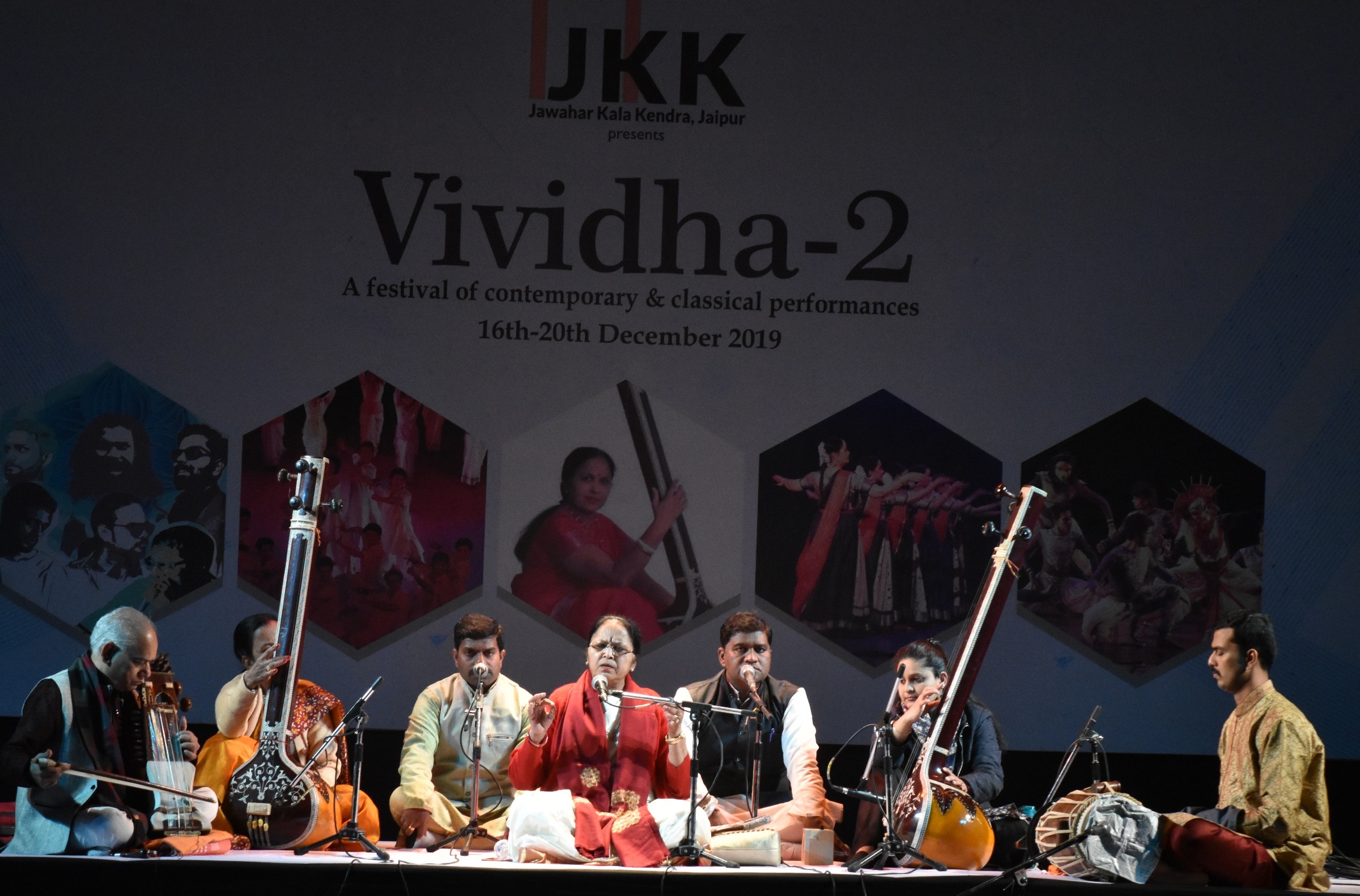 On the 3rd day of ‘Vividha-2’, Jawahar Kala Kendra (JKK) presented a mellifluous musical performance by Jaipur’s first female Dhrupad singer, Dr. Madhu Bhatt Tailang. Dr. Bhatt mesmerised the music lovers of Jaipur and made the programme memorable by performing compositions of Swami Vivekananda and Meera as well as composed Raagas in Dhrupad style of singing. The artistes were appreciated by audience for presenting ‘Ragamala’ based on 12 Raagas during the program.

Dr. Madhu Bhatt began the performance with Todi based on Goswami Vallabhacharya’s Guru Vandana in Raag Multani and went on to present the various stages of ‘Alaapchari’. She then performed a rare classical Dhrupad rendition composed by Swami Vivekananda in Raga Multani in Taal Chautal.