Design workshops with artisans at ‘NineDotSquares’ 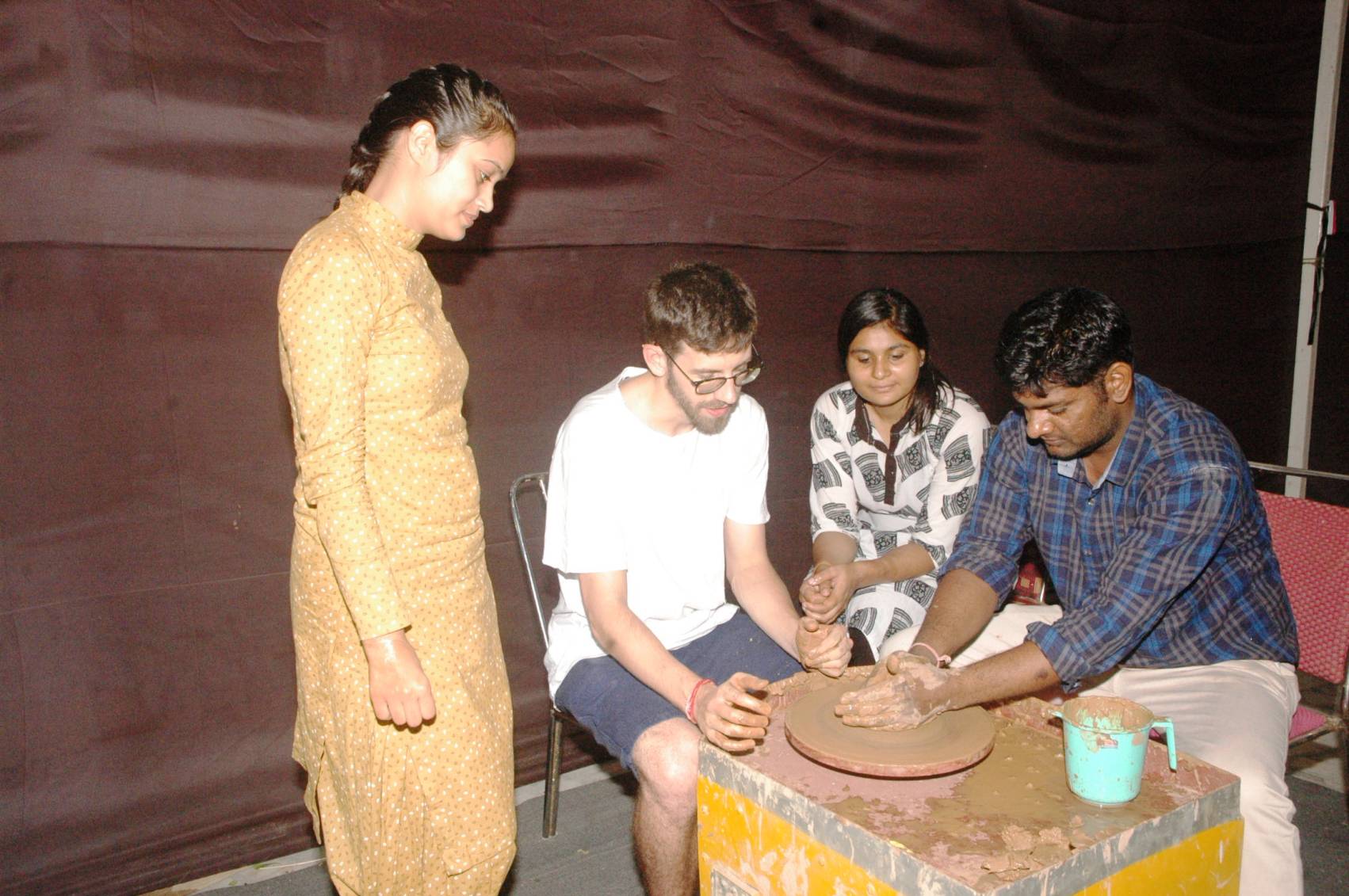 Design workshops with artisans at ‘NineDotSquares’

Each workshop was unique in its own way and was attended by people from all walks of life. For instance, many youngsters along with bamboo farmers, entrepreneurs and artisans were part of the bamboo workshop. The workshop was conducted by Meghna Ajit with an aim to introduce bamboo as a ‘Sustainable Material’ in our lives.

The Aainakari workshop witnessed the artist Kishan Kumar making intricate and beautiful designs using mirror and glass pieces as the medium. He showcased the audience his method of working with sharp objects and mirrors. This workshop was mainly attended by design enthusiasts as well the aspiring designers.

On the other hand, the Tarkashi workshop made use of thin metal wires and wood to make beautiful art pieces such as key chains, laptop box, doors and wooden paintings among others. This workshop was conducted by Vishnu Kumar Sharma.

The Big Head Project workshop made use of cardboard, geometric grids, tissues and acrylic paints to make giant heads of cartoons and other characters. The workshop was conducted by Pranav Sharma.

Furthermore, the workshops that were held in the later part of the day included, Miniature Painting by Riyaz Uddin wherein, the artist used the 500 years old technique called the ‘Mughal Miniature’ to depict the court scenes, hunting scenes and love scenes during the Mughal period.

In addition, the Leather Craft workshop made use of hand stitching, hand embossing, punching and a hammer to make complex designs on the different types of leather pieces. The workshop was conducted by Srijan Das.

Lastly, the Blue Pottery workshop was conducted by  Gopal Saini and Garima Saini with a vision to make people aware of this dying art technique and the Terracotta and pottery workshop was over sighted L.N Naga wherein, he taught the audience to make 3-D sculptures, wall mural, and pottery using varieties of clay.