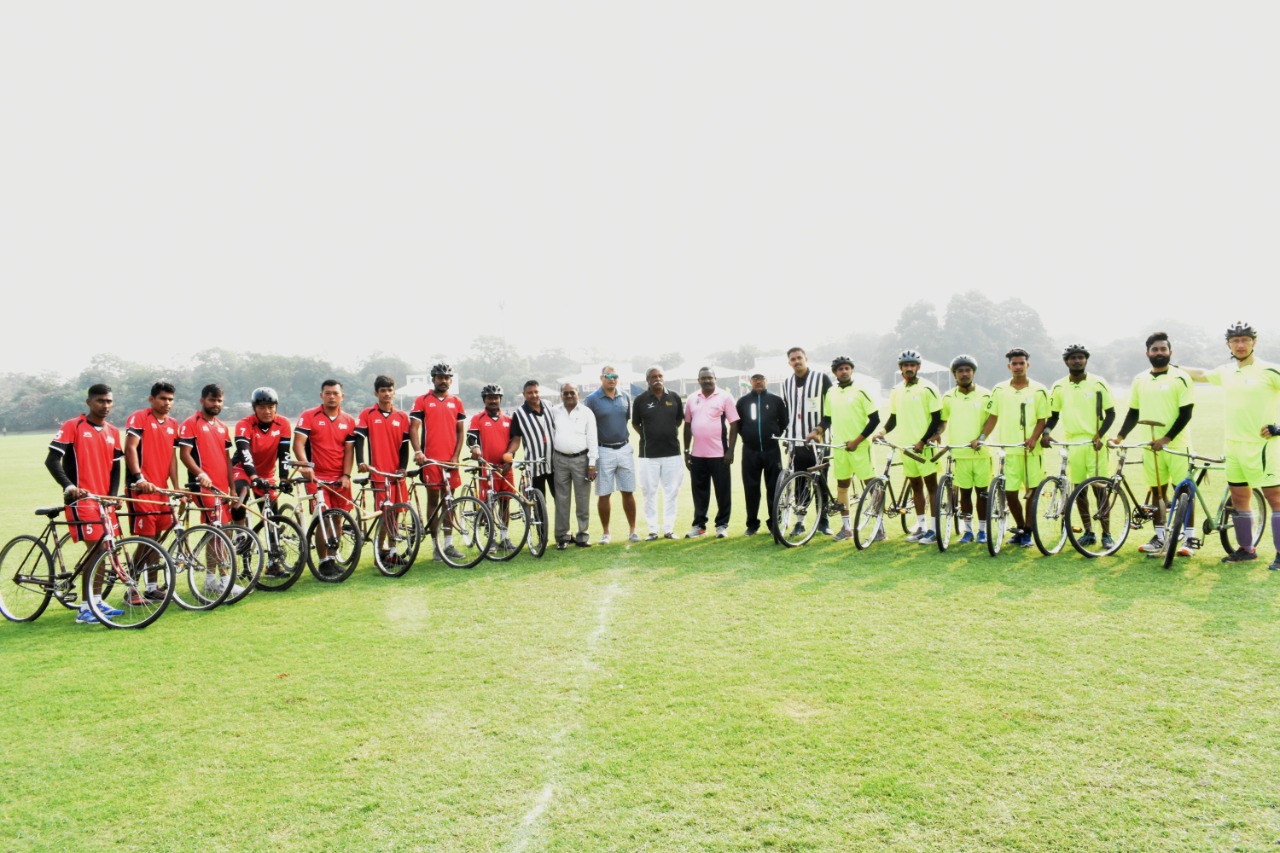 As many as 5 high energy Cycle Polo matches were held at the Rambagh Polo ground. These matches are a part of the ongoing first International Cycle Polo League 2019.

The participant teams in Semi Finals are Royal Lion Central Bank of India , Tyka Warriors, Royal Tigers and Burari Tuskers. The Semi Final matches will begin at 10 am on 28 November and will continue till 12.30 pm. Remaining exhibition matches will be held from 3.30 in the afternoon.