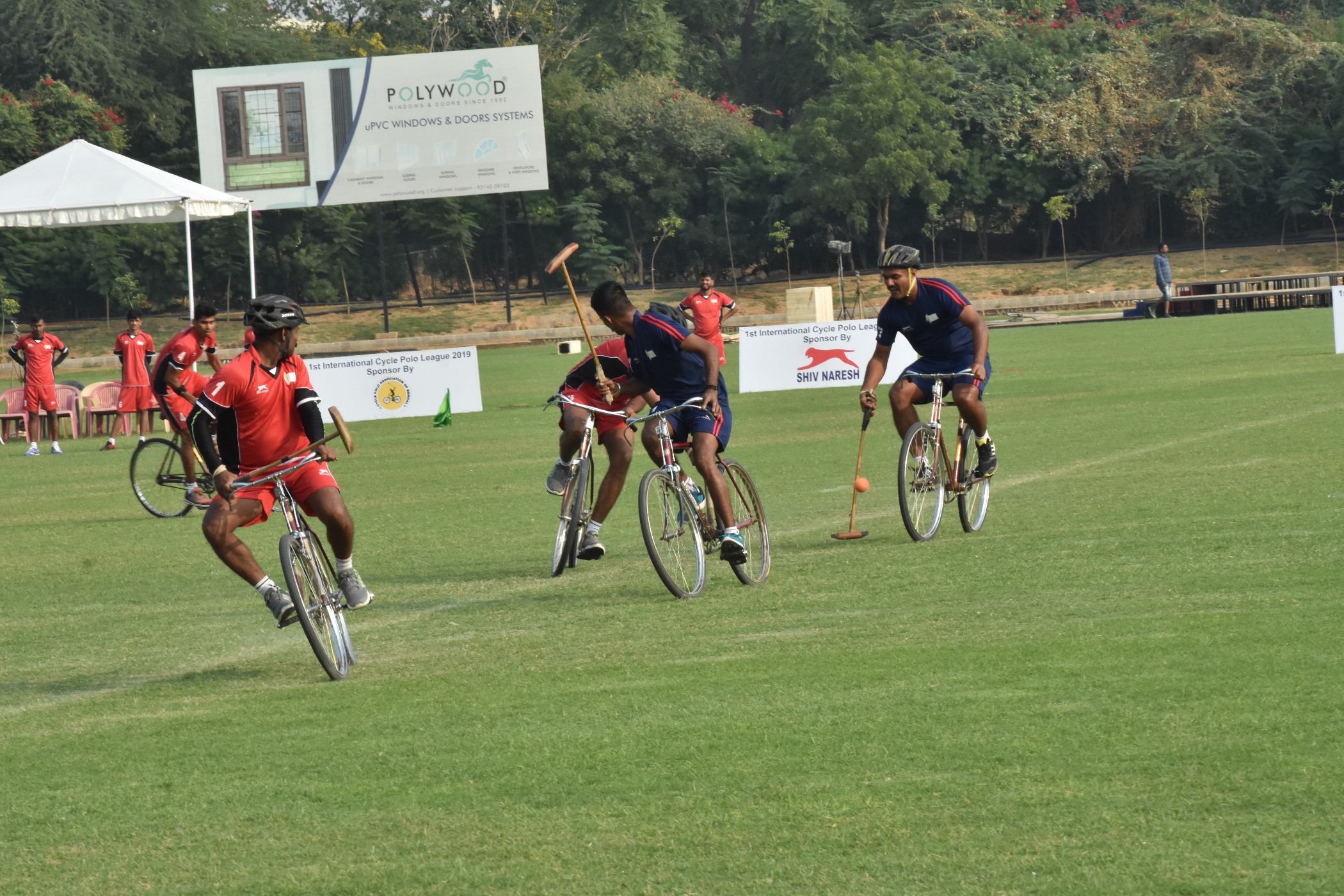 The first-ever Cycle Polo League in India witnessed energetic matches on its second day at the Rajasthan Polo Club. The league is being organized by the Cycle Polo Federation of India (CPFI).