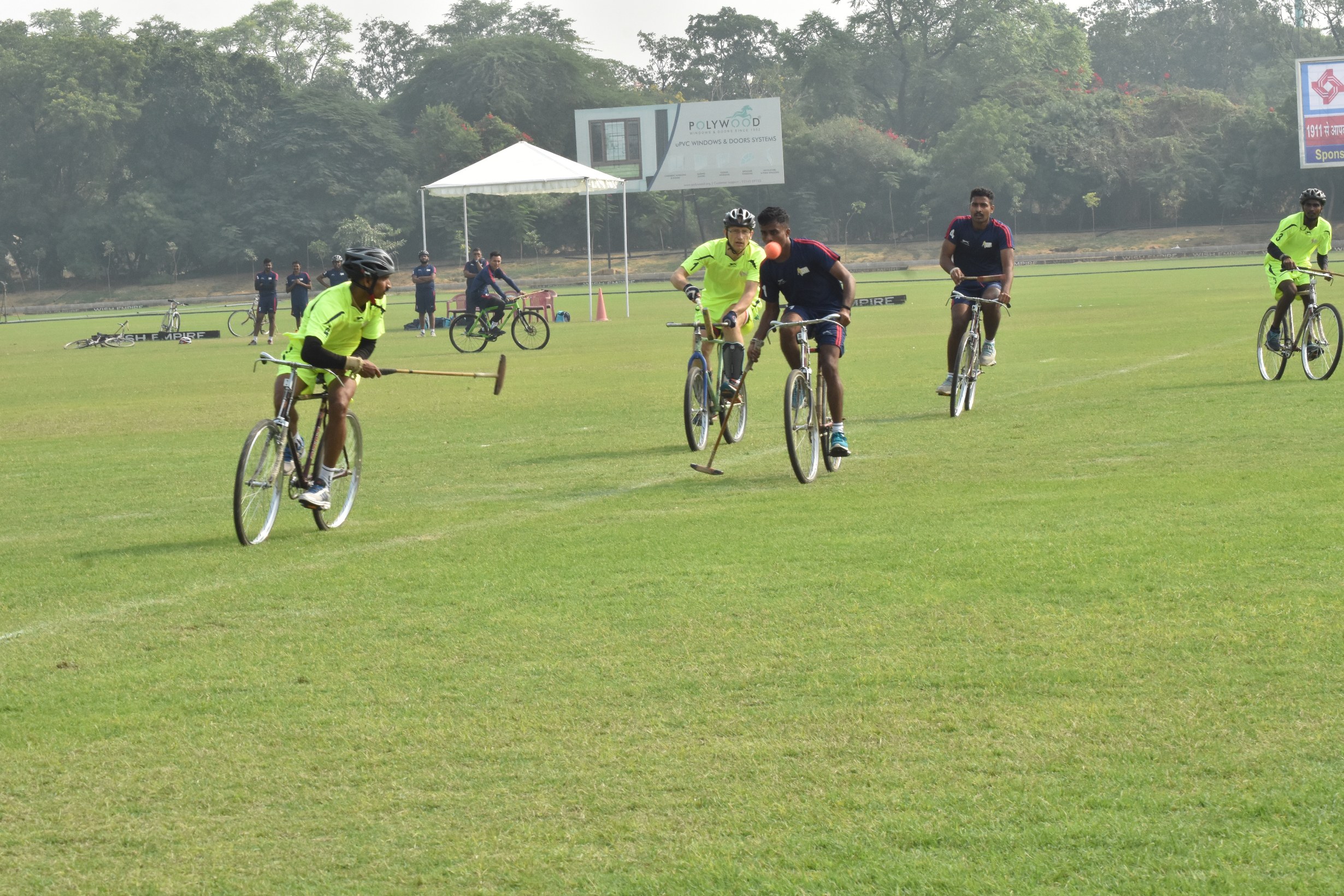 During the opening ceremony, there was a scintillating Air Warriors Drill team display of Indian Air Force as well as Army Band Display. After the Oath Ceremony by the players, the first International Cycle Polo League match was held between the teams ‘Dundlod Safari Knights’ and ‘Royal Tigers.’