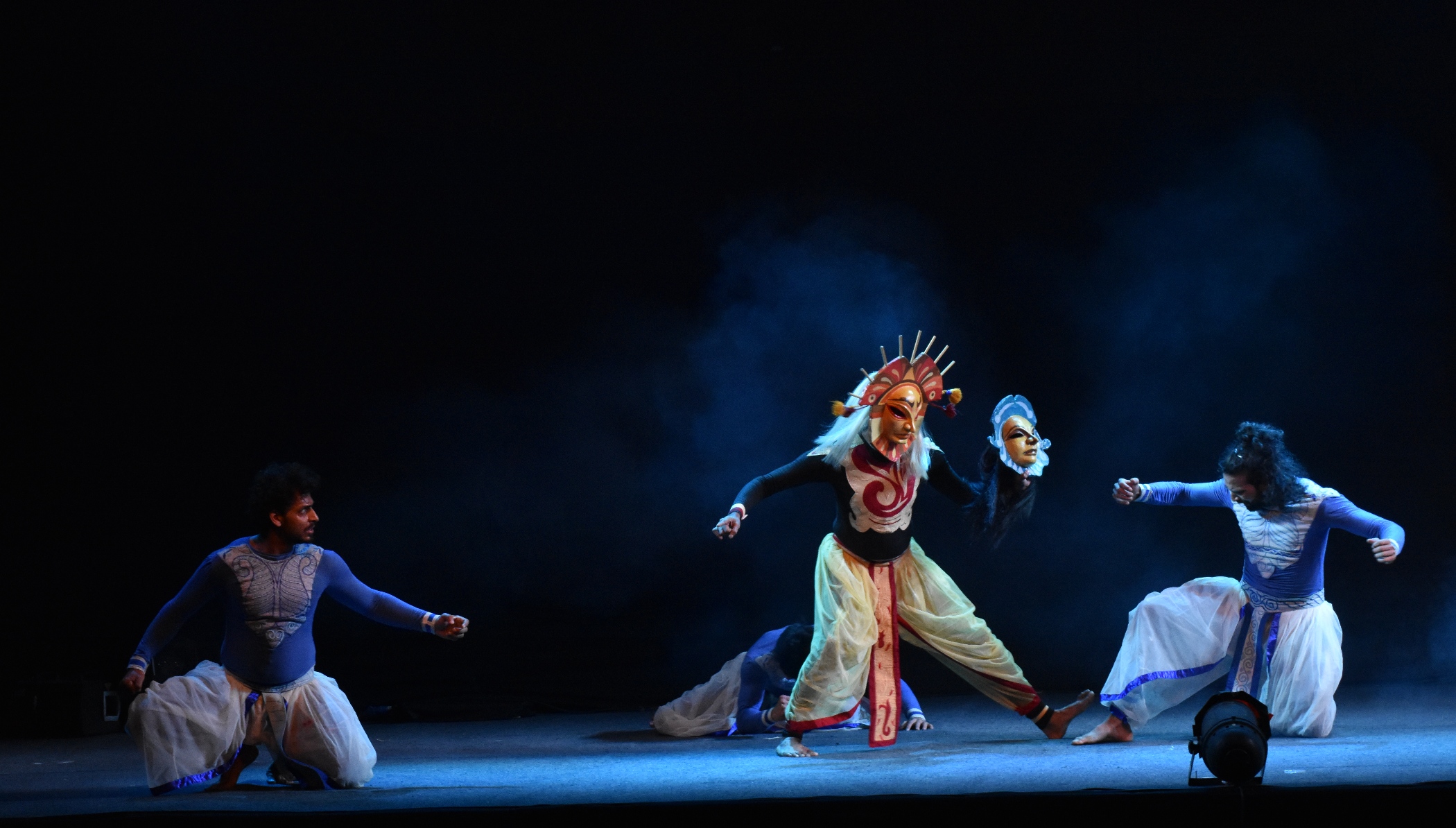 On the concluding day of the ‘Vividha-2’ Festival, Jaipurites witnessed a scintillating contemporary dance drama performance ‘The Game of Dice’ at Jawahar Kala Kendra. Presented by Santosh Nair from Kolkata and his troupe Sadhya, the unique performance brought alive an episode of Mahabharata in a new style to the audience. The dance drama borrowed its elements from three different dance styles –Kathakali, Mayurbhanj Chhau and Contemporary Dance.

The elements of the performance are brought together through a compelling episode of Mahabharata – ‘The Game of Dice’ which has a riveting plot, a dramatic structure, complex characters as well as messages of wisdom which hold relevance in today’s time as well. While Kathakali gave a dramatic and vibrant outlook to the performance, the high energy and martial arts in the dance drama stemmed from Mayurbhanj Chhau. The creativity and experimentation of the performance drew from Contemporary dance.

Even though the subject of the production was based on Mahabharata, the performance was presented in a contemporary style, making it relatable to the common man. The performance also explored human inner conflict by the interpretation of characters and their conflict. The experimental music and costumes gave the performance a different feel and look.

It is worth noting that Santosh Nair comes from a family of artistes and is trained in both traditional and contemporary Indian dance forms. He has been working in the field of dance since the last 30 years.