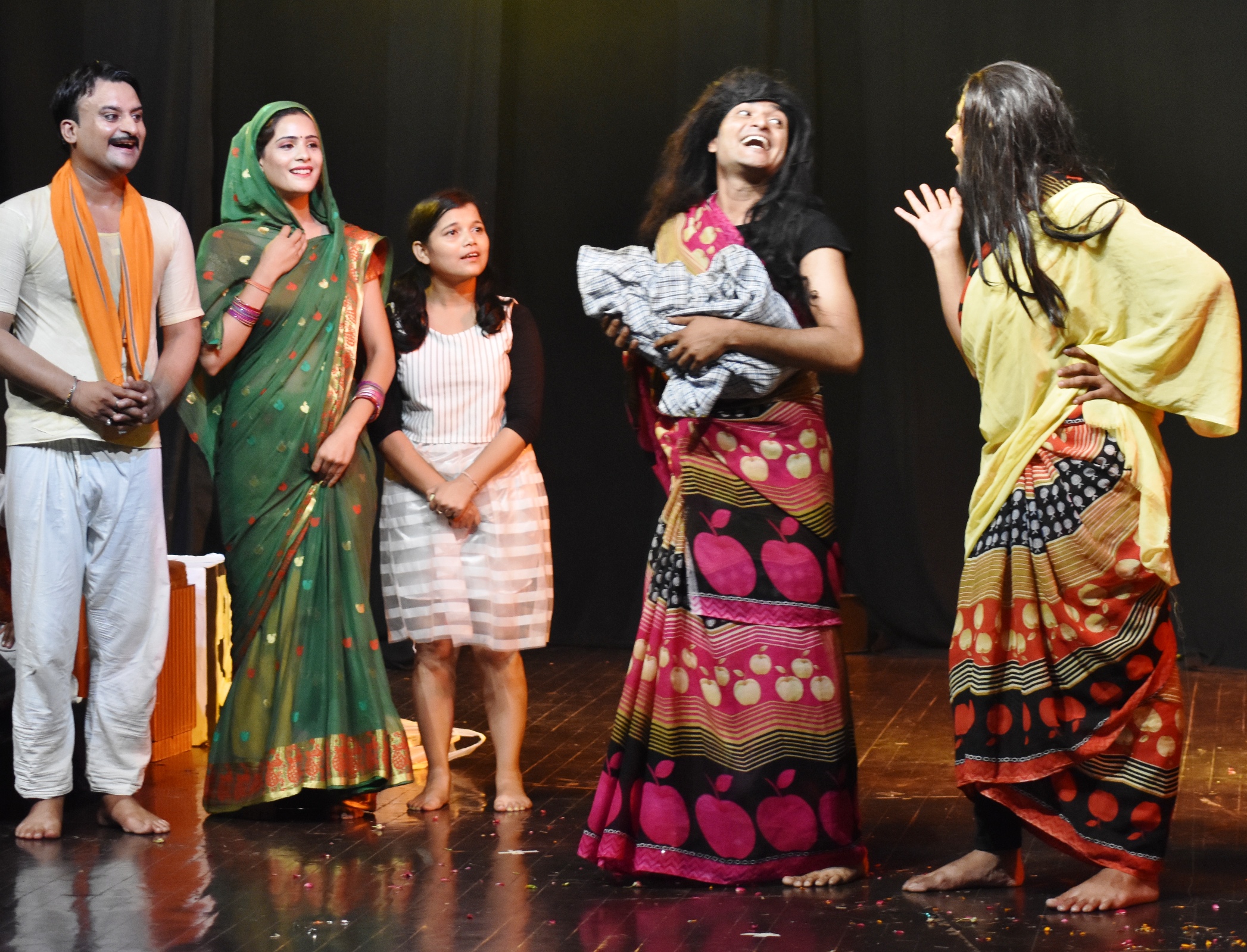 The Hindi- Bundeli play’s plot was based on ‘Beti Bachao-Beti Padhao’. The drama, based on the Bundeli Natya Swang, demonstrated the profound problem of gender discrimination prevalent in society through comic satire. The play is framed on concept of a rural family where Shaikhchilli is main character who loves his son very much and insults his daughter always. And in last his son was out of control because of excessive love and behaves rudely with his father and mother, beats them and tell them to go from his home and at the same time daughter who was ill treated by his father whole life helps them in their old-age.

Few folk and traditional dances, sanskar songs and folk songs in between the play complemented the theatrical skills of the artistes. Folk dances like ‘Badhai’, ‘Rai’, ‘Dhimrayayi’, ‘Naurta’ and ‘Kachiyayi’ were used to express happiness during the drama. The play concluded by celebrating the birth of girl child similarly as the birth of boy child.