‘KOMAL GANDHAR’ SHOWCASES GANDHARI’S JOURNEY IN THE MAHABHARATA AT JKK 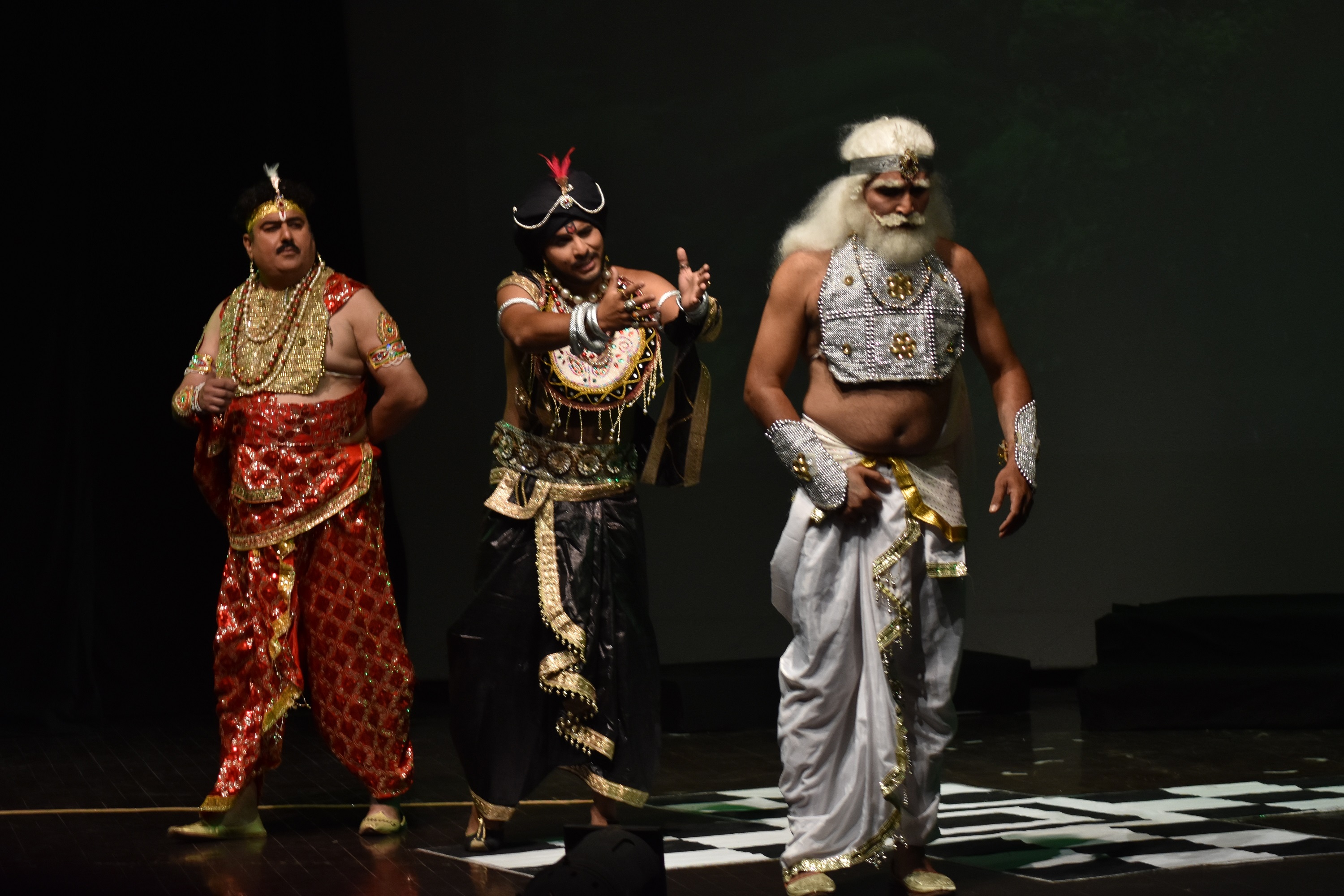 ‘KOMAL GANDHAR’ SHOWCASES GANDHARI’S JOURNEY IN THE MAHABHARATA AT JKK

As a part of the 5-day theatre festival, Natyotsav, a Hindi play, ‘Komal Gandhar’ was staged at Jawahar Kala Kendra (JKK). The play based on the Sanskrit epic Mahabharata was directed by Mukesh Sharma from Chandigarh. The theatre festival is being organized in collaboration with North Zone Cultural Centre, Patiala.

The play written by Dr. Shankar Shesh showcased how the foundation was laid for the great war of the Mahabharata. The play depicted Gandhari’s journey and showcased how she was used as a pawn in the game of politics. The drama also focused on the empowerment of women and raised sensitive issues like powerand its misuse in politics. The artistes went on to portray many other such unethical episodes from the epic which find their reflection in contemporary life. The gripping narrative and the theatrical skills of the artistes kept the audience glued to their seats throughout the play.