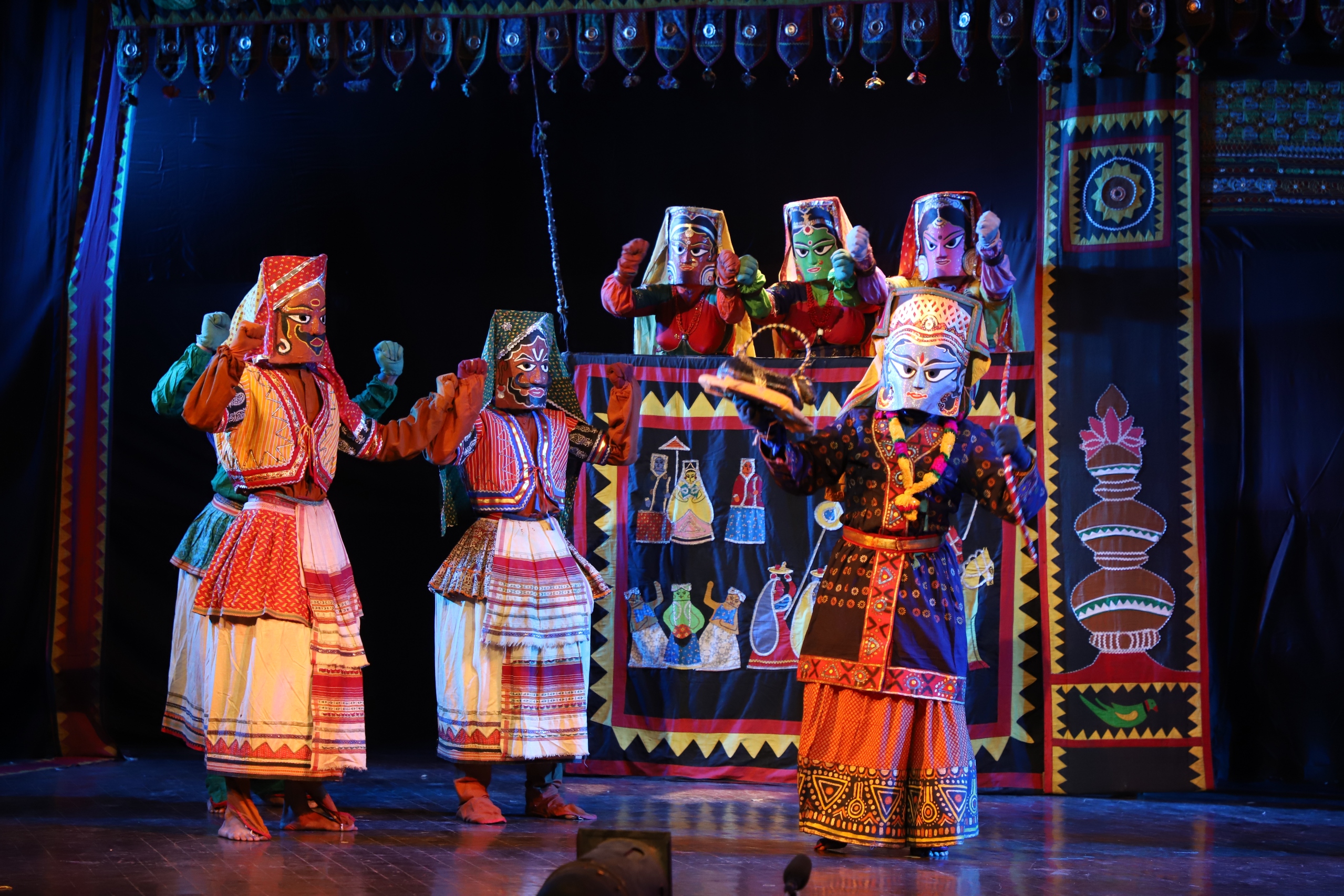 The Jawahar Kala Kendra (JKK)’s three-day festival, ‘Vividha’ began at Rangayan. The artistes presented the epic, Ramayana in a very unique way to the audience by combining puppet and ballet dance in a folkloric style. The puppet dance drama presented by the Rangshree Little Ballet troupe, Bhopal showcased
the cultural confluence of classical and folk dance on stage. The artistes dressed as puppets presented the story of Sita-Ram wedding and followed by their arrival to Ayodhya and Ravana’s slaughter. The faces of the performers were covered with attractive square shaped masks. Their colourful and captivating costumes, walking style and musical rhythm added to the charm of the ballet performance.

Along with the prestigious awards like the ‘Ballet of the Century’ by the Sangeet Natak Akademi, the play has also received International Festival Awards
in France, Poland, Holland and Mexico.

The play begins with the scene of a fair being organized in the village. A puppeteer invites villagers to be entertained at the fair. Gradually, all the villagers become puppets and start performing as characters of ‘Ramayana’ in
the fair.

The presentation featured music by Bahadur Hussain Khan and Abani Das Gupta and costumes designed by Gulbardhan. The songs in the play were written by Dasharathalal Singh and masks were designed by Appuni Kartha.

It is to be noted that the play was showcased for the first time in 1953 in Mumbai under the choreography and direction of the late Shanti Bardhan. The
play is being showcased without any changes for the past 66 years now. The heritage dance drama has also been seen by Jawaharlal Nehru and Indira Gandhi.

Global Fusion concert ‘Jog Jazz’ to be performed on Saturday

Theater, music and cine story programs will be organized under the three-day festival ‘Vividha’. It will conclude with a ‘Black and White’ performance on
Sunday, 3 November at 6.30 pm at Madhyawarti. Entry to the programme is through tickets that can be purchased at the JKK reception.