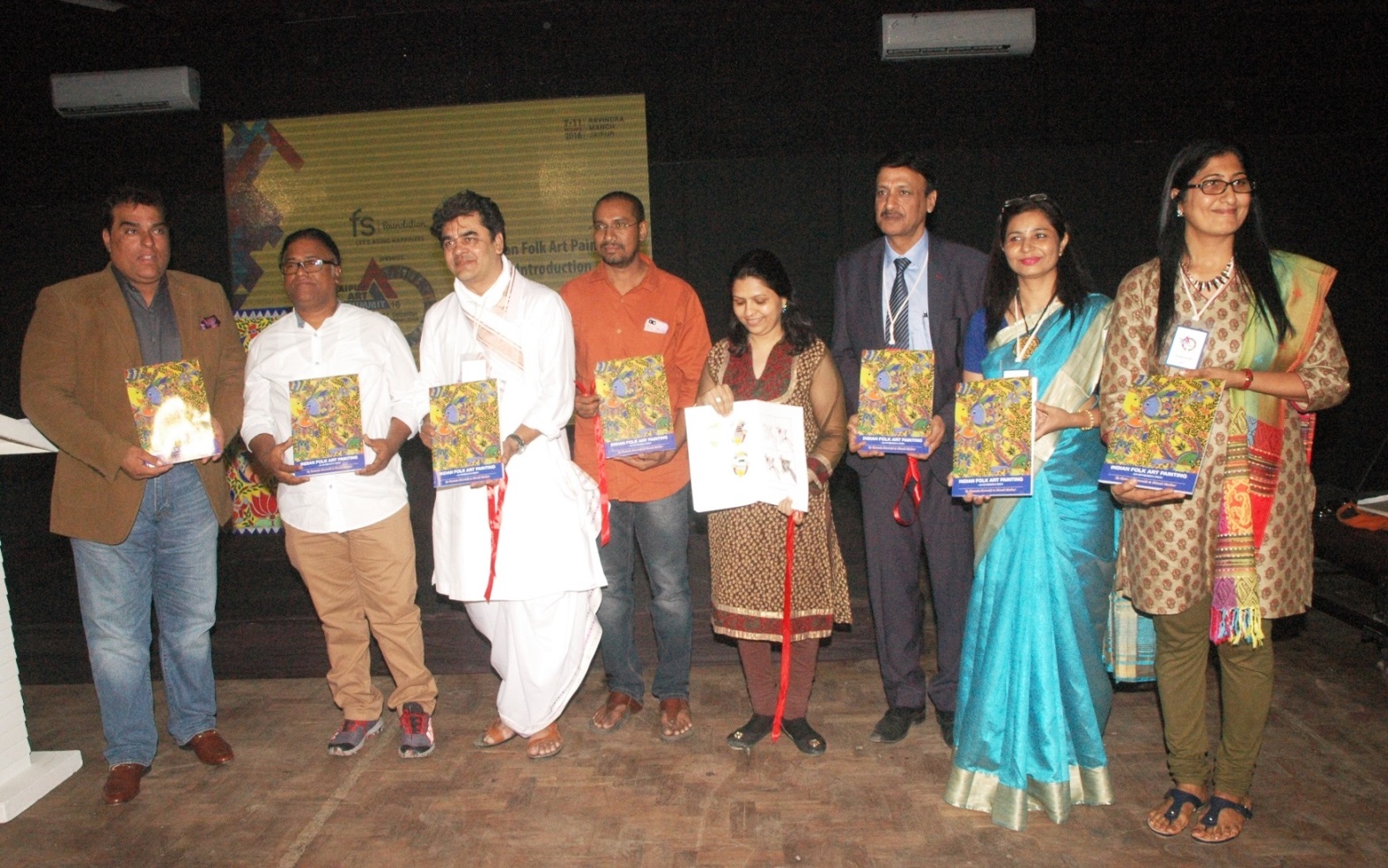 Jaipur 8 December:  The Jaipur Art Summit at the Ravindra Manch is witnessing diverse forms of art, craft and culture under one roof.
The 2nd day of the summit begin with an informative session, ‘Use of Visual language in Expression’ by Kolkata based Painters Dr. Debasis Bhattacharya and Mr. Arindam Das. Mr. Bhattacharya gave an insight about the expression and the symbolism of colours, lines, scribbling and dots in the abstract painting. He also explicated the dynamism of perception from the eyes of the artist and the layman.
Mr Arindam Das, IIM Graduate and currently practicing as an artist from last 20 years highlighted the creation of an ideal timeless painting through this presentation entitled ‘Puzzles in Art’. He explained that if an artist has to create something ‘timeless’, he has go beyond the present and his creation should interact with the viewers.  He also explained the basics of a painting through Game, Puzzle and Art.
It was followed by the discussion entitled ‘Challenges & Opportunities in Art Film Making in India’ by the renowned script writer, Mr. Ashok Mishra and the film maker, Mr. Tushar Waghera. The talk revolved around the challenges faced by the art film makers. The 5 times National Award winner, Mr. Mishra said that the biggest challenge for the Art Film makers is to commercialise an Art Film without compromising with the script. He believes that a film is incomplete without its audience whereas Mr Waghera believes in making a film for himself rather than the audience.
During the discussion, Mr Mishra said that commercial films are very restrictive and revolve around ‘Hero’ and ‘Heroine’ whereas art films are full of possibilities. He opined that there should neither be any commercial movies nor any art movies — there should be only one category that is ‘public movies’ which should carry message for the masses along with entertainment.
Later, a Book ‘Indian Folk Art Paintings – An Introduction’ by Kumuda Krovvidi & Shivali Mathur from Singapore was released. A Documentary – ‘Clay Image Makers of Kumartuli, India’ by Ranajit Ray and a short film ‘Shadows of Thoughts, India’ by Tushar Waghela were also screened. It was followed by the ‘Women Artist Workshop on Women Empowerment by Kalashri from New Delhi.

During the day an Art performance by Ashim Halder Sagor from Dhaka, Bangladesh also took place.

In addition a live ‘Artist Camp’ is also taking place at the Summit where artists from various countries and institutes are demonstrating that painting skills to the art students and art lovers. Various demonstrations of Traditional Art Forms are also being conducted at the summit.

A large number of art students and visitors were spotted enjoying selfies with the art installation placed at the Art Summit.