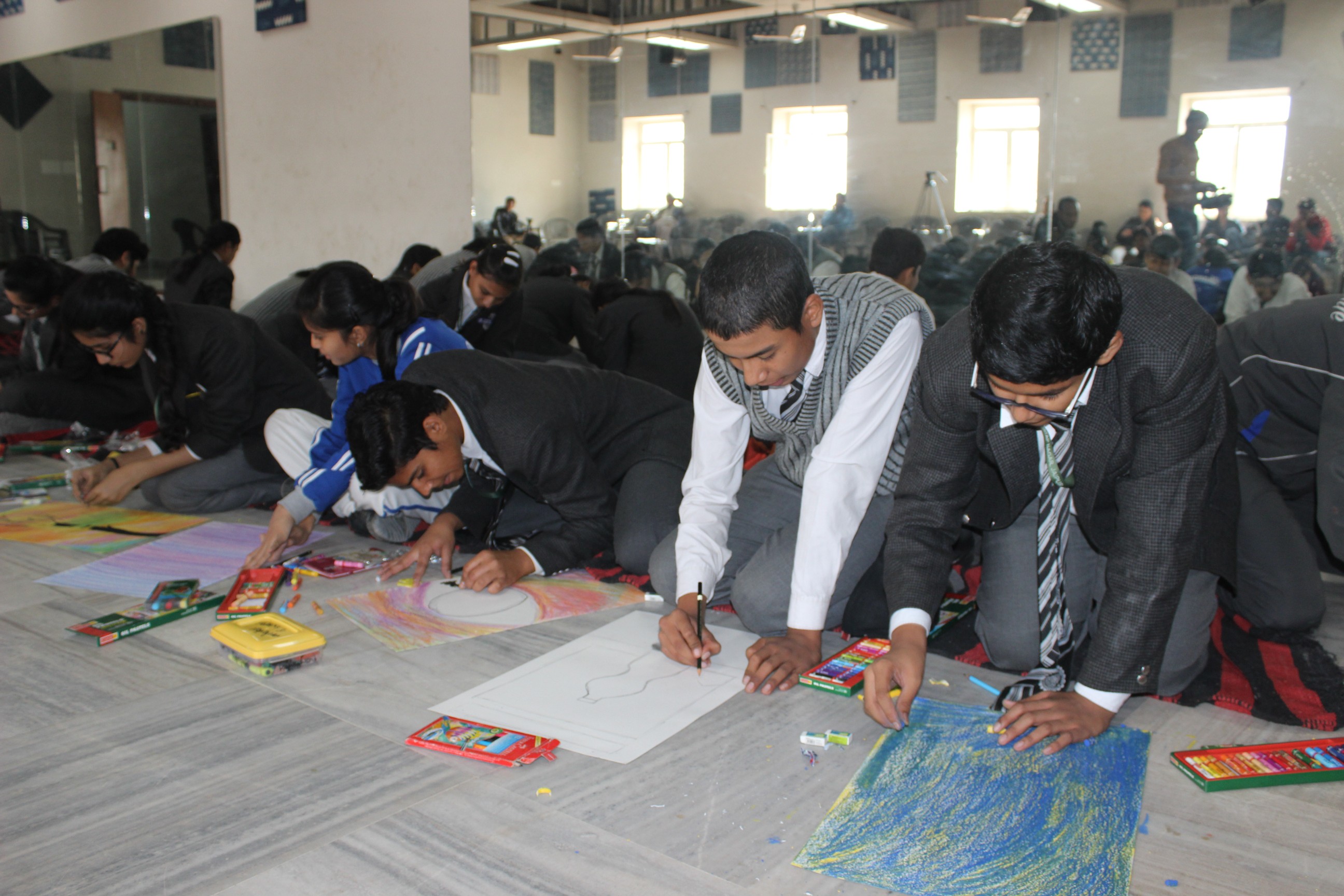 Jaipur 9 December: Jaipurites thronged at the Jaipur Art Summit today at the Ravindra Manch to witness live demonstrations of Traditional art forms like Sand Casting, Black Terracotta amongst many more.

The 3rd day of the summit started with an ‘Art Talk’ entitled ‘The Blind Poet Seen’ —Surdas in Mewar by John Stratton Hawley, U.S.A at the Mini Auditorium.

Mr. Hawley explained the poems of Surdas through the paintings of 17th century placed in the Udaipur Museum. By depicting various paintings he explained, how a blind poet, Surdas who couldn’t see the materialist world was able to feel the beauty of the leelas of lord Krishna and conveyed it through his poems.

The session was followed by the art talk on ‘From pallete to palate’ by Subodh Kerkar from Goa. By citing different examples, he explained how a variety of spices, fruits, vegetables, flowers, nuts among others travelled from different part of the world to India and later became an integral part of the Indian culture. He further added that, over a period of time in India incidents like, arrival of Vasco De Gama, Babur and other foreign travellers have influenced our food habits, significantly. For example he informed, when Babur came to India, he introduced ‘Pulav’ which is a cuisine of central Asia that later became ‘Biryani’ with the infusion Indian spices.

He also informed that ‘Tobacco’, ‘Maze’, ‘Peanuts’, ‘Sabudana’, ‘Chillies’ and ‘Kaju’ came from Brazil. And many ingredients of our ‘Plural kitchen’ have been brought by the foreign traders and travellers which are now an essential part of our lives.

The talk was followed by a discussion between Satyajit Vetoska and Subodh Kerkar. A Short Film ‘K2 and the Invisible Foot Man, Hungry’ by Lara Lee followed by ‘Amrita Aur Main, India’ by Sumit Mishra was also screened at the summit today.

Later in the day a creative workshop entitled — ‘Creative talent of children Workshop on Art for Development’ by UNICEF, Rajasthan was also held. The crowd enjoyed the ‘Art Performance’ by Dimple B shah from Bangalore and musical performance — ‘Traditional Tamasha’ by Dilip Bhatt.

It is to be recalled that Over 500 art and artists from over 25 countries are participating in the summit. The event is also proving to be a great platform for budding artists.